Avoiding Spanish bandits, and into Spain.

Well, we made it into Spain from France in our motorhome and even managed to avoid been robbed by Spanish bandits on the infamous AP7 motorway around Barcelona.

In my last blog about our motorhome adventure in Europe I wrote about our time in The Loire Valley and since then we have driven south down the A20 motorway stopping at various places including the very moving village of Oradour-sur-Glane, which was the place where 642 people including women and children were massacred and the village destroyed by a German Waffen-SS company on 10th June 1944. The village remains as it was after the massacre including the church where women and children of the village were killed. The place serves as a chilling reminder of the horrors of war. You can read more about Oradour-sur-Glane here. 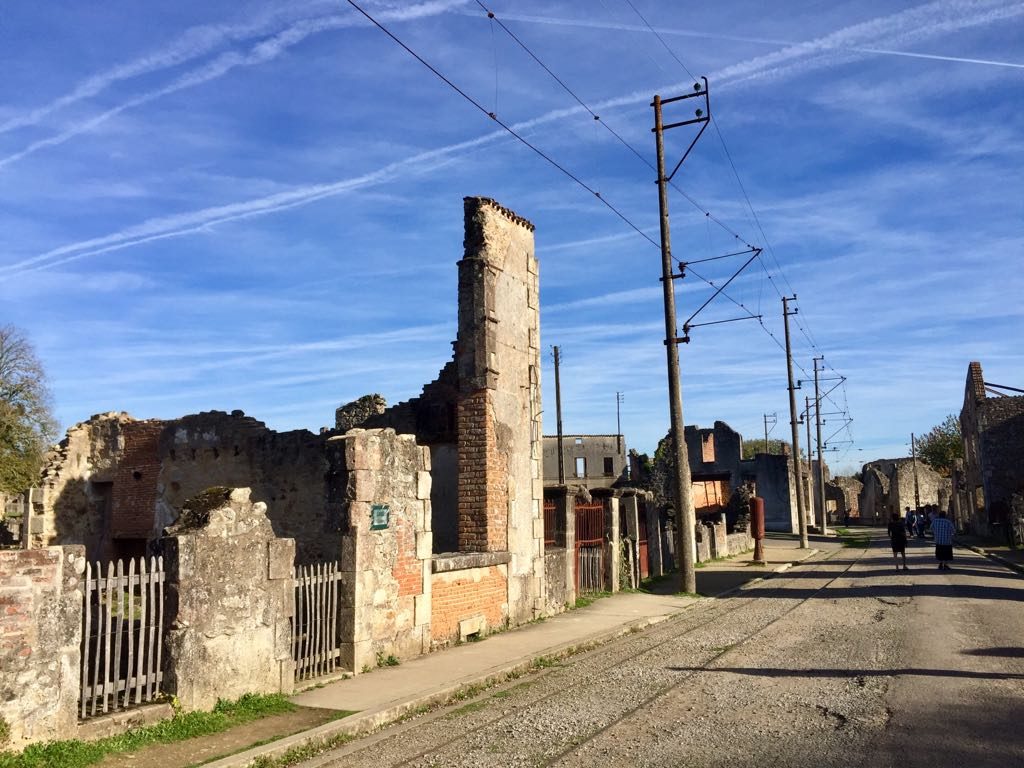 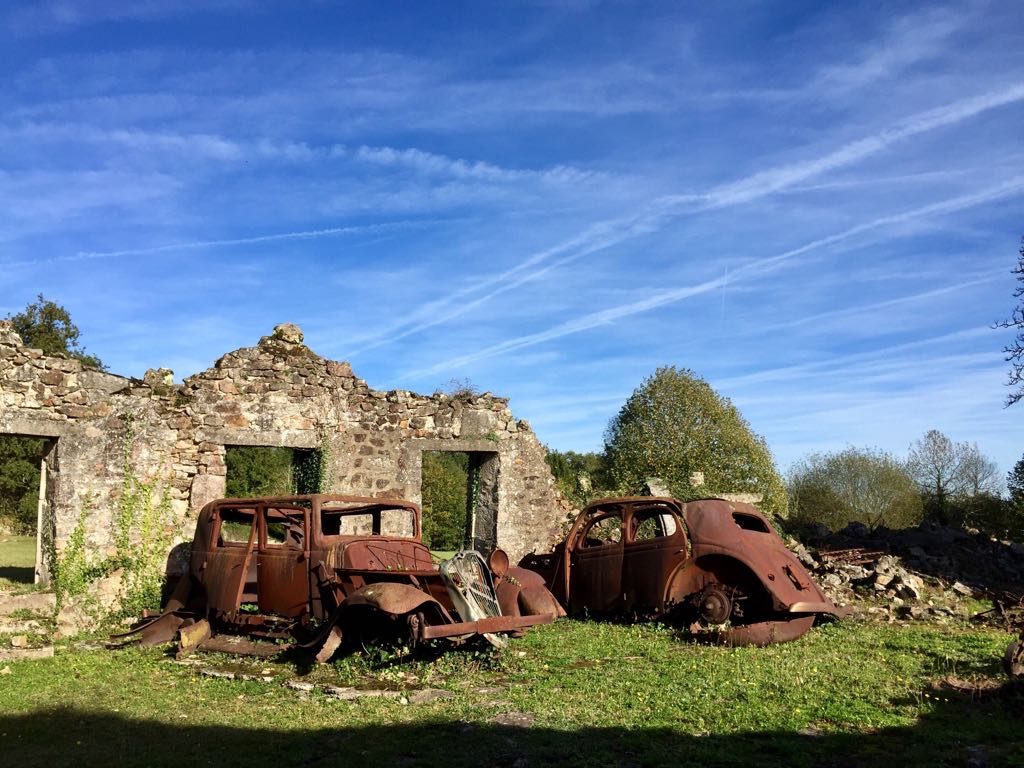 Pressing on further south we stopped at a free aire for the night at Saint-Géry in the Lot, Midi- Pyrenees region of south west France, before heading past Toulouse and to our next stop at the Medieval city of Carcassonne. We parked up for the night at the municipal aire costing 12.40 euros, which did not include any electrical hookup or water. We loved the hilltop town of Carcassonne, famous for its citadel, medieval watchtowers and double-walled fortifications as well as all the small shops, cafes and restaurants inside the fortress walls. 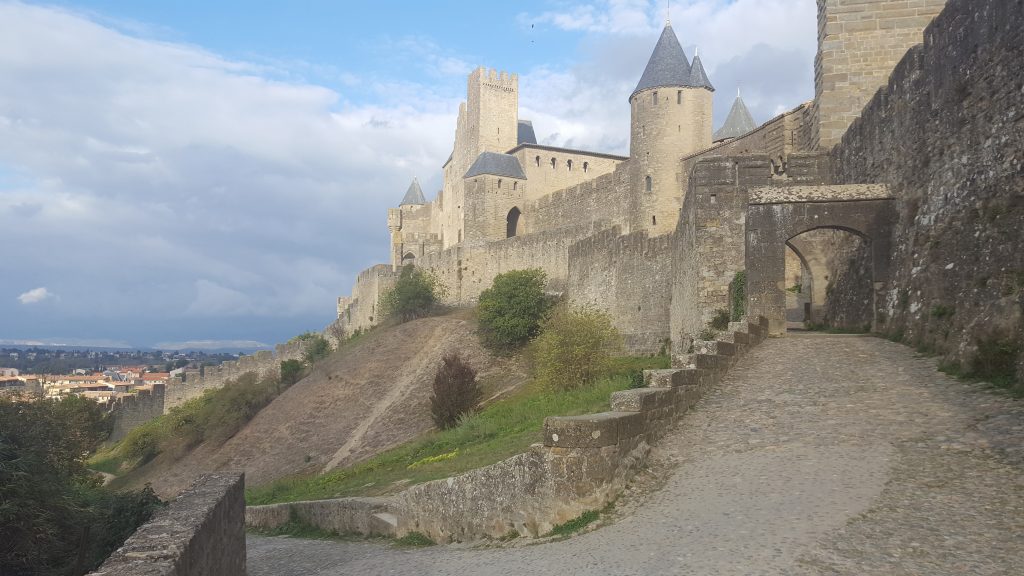 Continuing on into Spain the motorway skims the Pyrenees as you cross the border. There were very strong cross winds on the descent into Spain and our 2.8 metre high motorhome was a little tricky at times to keep in lane. Our plan was to have an overnight stay at the motorhome aire in Palomas on the Costa Brava, north of Barcelona, but it was full when we arrived so we had to drive straight out again. Consulting our ACSI campsite guide we found a campsite further south at Calonge. This was a lovely campsite, apart from poor WiFi, and turned out to be a better choice than the overcrowded aire in Palomas that we had intended to stay in. There is a lovely beach only about 300 metres from the campsite, although the nearest supermarket is a good 20 minute walk away. 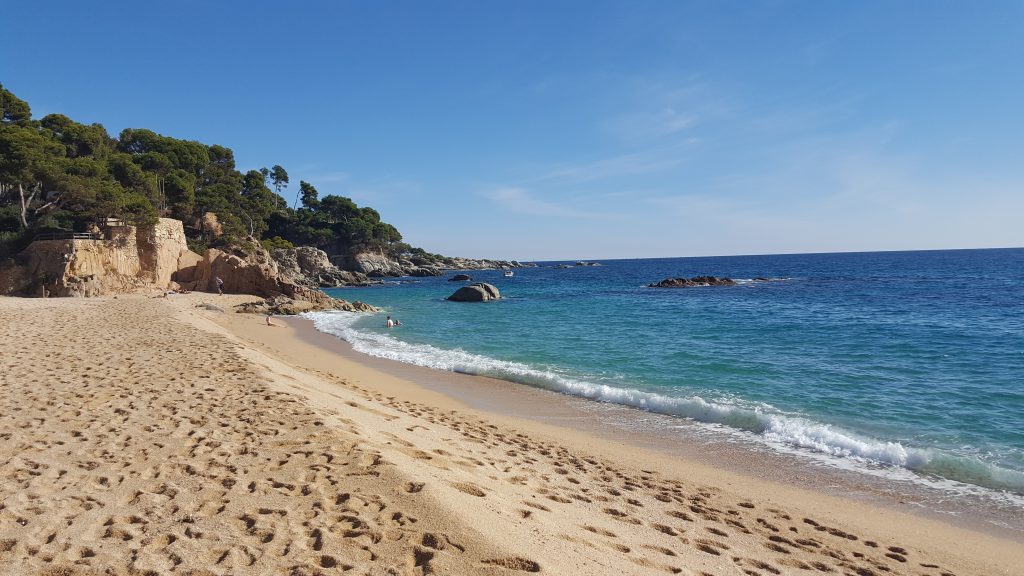 Beach near to our campsite at Calonge

The motorway that runs past Barcelona is the AP7 and I had heard that some motorhome owners had been robbed by scammers posing as police officers. The motorhome forums on Facebook have stories about drivers being given slow punctures at motorway rest areas and then being robbed when they had to stop. So, with some trepidation, we set off on the AP7 around Barcelona and it was one of the quietest and least eventful motorway journeys I have ever done! We stopped at several motorway rest areas without incident. Compared to the M62, M1 or M25 the AP7 was a doddle!

The brain can conjure up all sorts of fears of the unknown but as long as you are aware of the scams then it’s less likely you will be taken in by them. Anyway, a stubborn Yorkshire man like me is not easily taken in by such things.

Our next stop was the town of Cambrils, just south of Barcelona and we turned up at La Llosa campsite. Sure enough, they had places and we found ourselves a sunny pitch. It was a short pleasant walk to the sea front and like many Spanish tourist resorts the sea front promenade is well designed and clean. The promenade is lined with restaurants and on the way back we stopped and ate tapas for lunch. 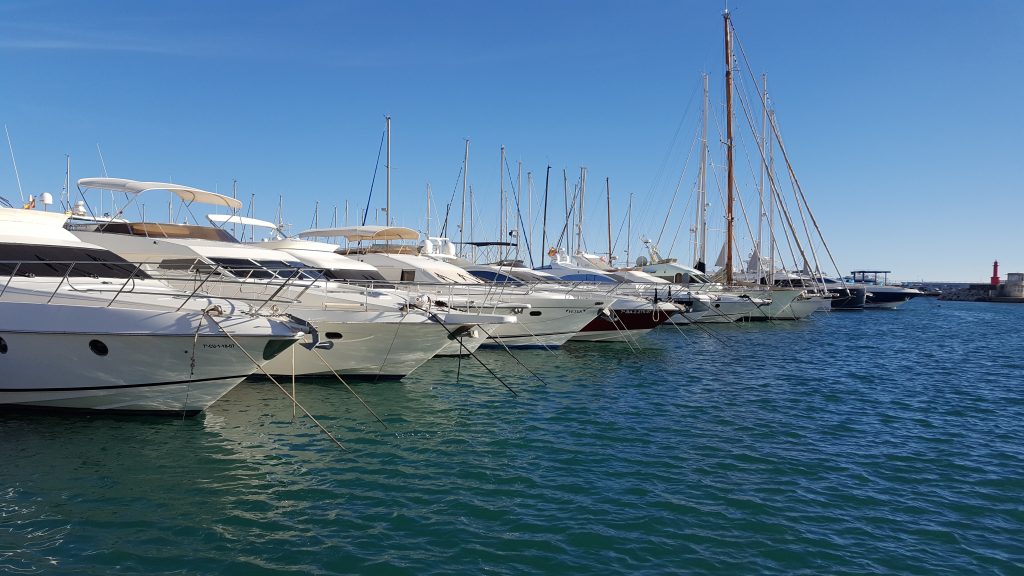 This was day 77 of our motorhome adventure and so far it’s going really well. The weather has been warm and sunny. Our motorhome is very comfortable for both sleeping and living. We are outdoors all day, walking cycling or sitting outside in the sunshine. It’s a healthy lifestyle. We have also met some very nice and interesting people, and they can be a source of useful information about the local area. 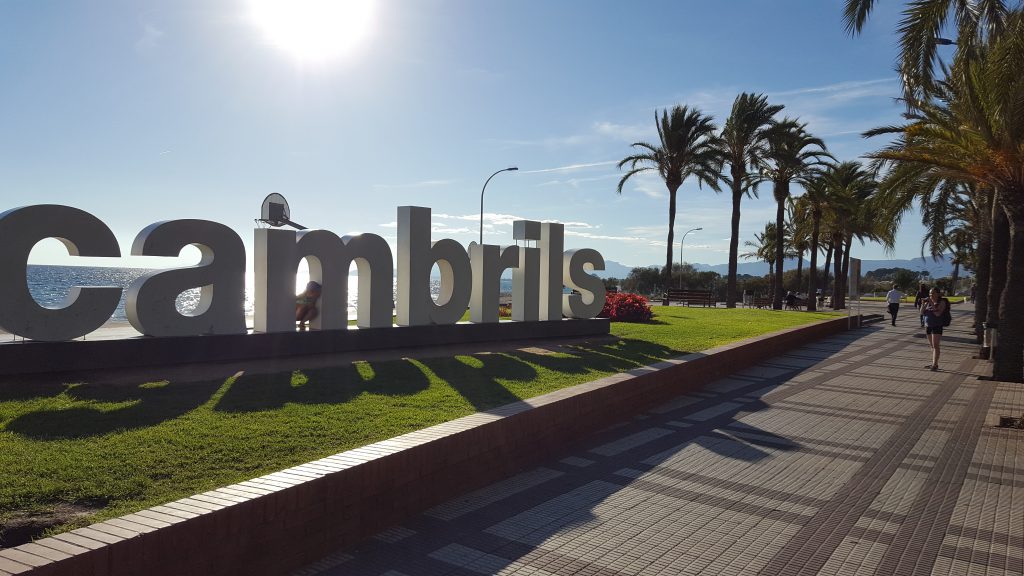