If you think that the best and most extensive Roman ruins are in Rome then think again. We have stopped for the night on our drive north from Seville at the motorhome stop in Merida, Spain and I think we have seen some of the best Roman buildings and ruins in this small town which is in the Extramadura region of Spain. This is a remote area of mountains, forests and lakes which borders Portugal, with Merida as the regional town. 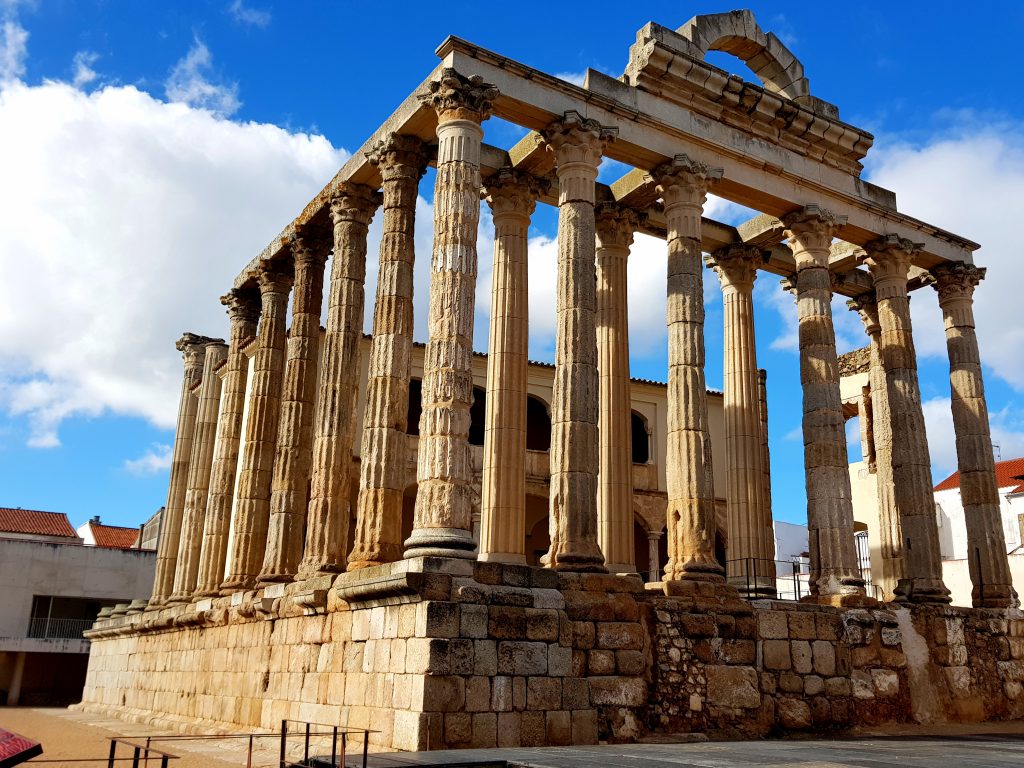 The history of Merida starts in 25BC when Emperor Augusta wanted his veteran legions to be garrisoned on the Guadiana River. From then on Merida became an important legal, economic and cultural centre. 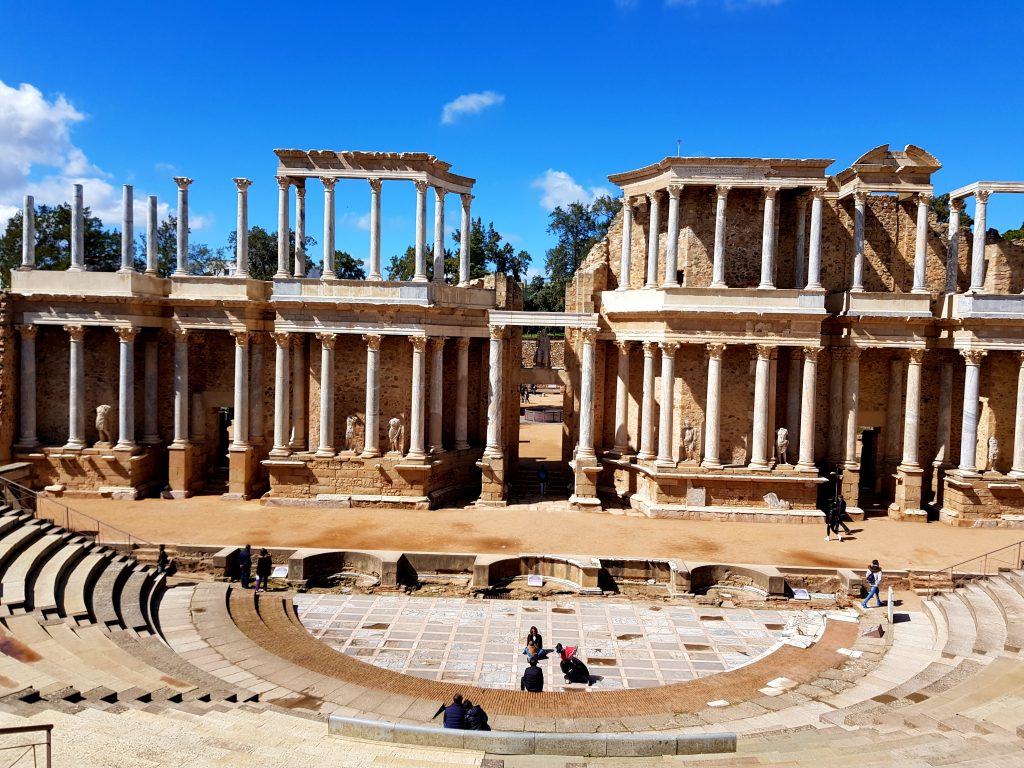 Roman buildings such as a theatre, an amphitheatre where gladiators fought to the death, bridges, roads, aqueducts, arches and reservoirs have all survived the centuries and make Merida a unique place to visit.

After parking our motorhome at Areas Autocaravanas in the centre of Merida we walked to the nearby Roman Theatre and Amphitheatre. An entry ticket costs 12 Euros but it is well worth the entry fee because you will see incredible Roman ruins. As I walked through the ancient tunnel leading to the gladiatorial amphitheatre I tried to imagine what it would have been like walking through this same archway 2,000 years ago. A baying crowd of 14,000 people occupied the seats hoping for a blood thirsty day of entertainment. 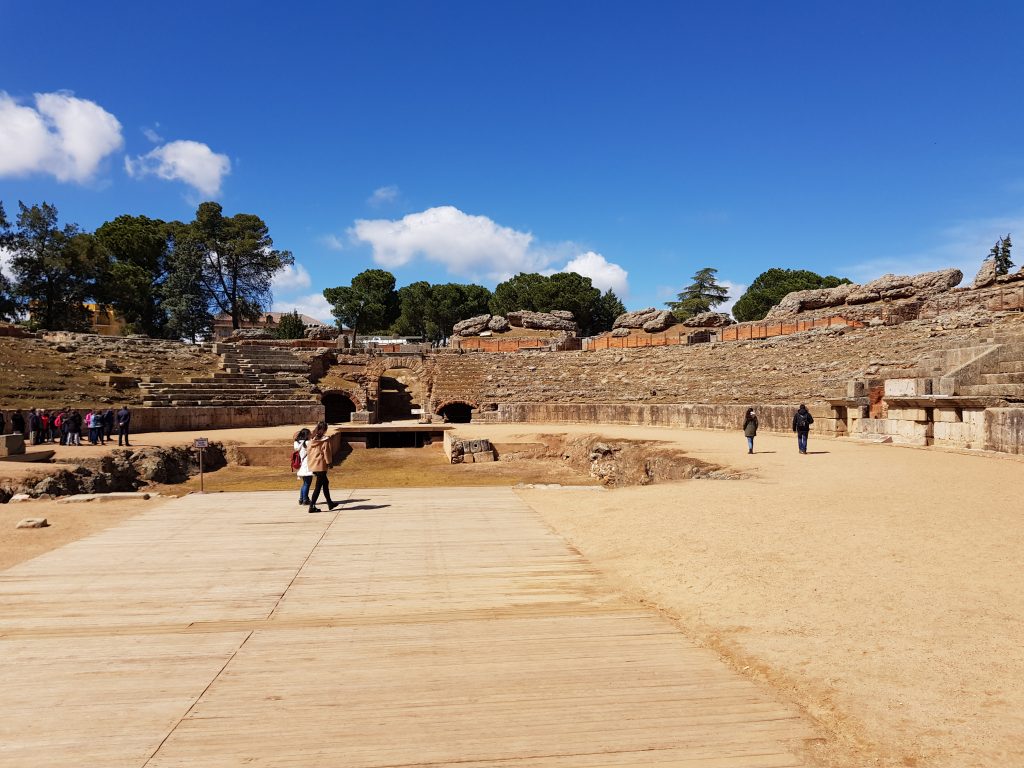 Various Roman buildings are scattered around the town. One of the highlights for us was Temple Diana, which is just off the main shopping street. The Roman aqueduct and bridge are also fully intact.

Merida itself is full of pavement cafes and restaurants and it also has a vibrant shopping area.

Merida makes a good stop over when driving from or to the ferry ports of Santander or Bilbao. It’s on the A66 motorway and the motorhome stop in Merida is about 10 minute’s drive from the motorway. The motorhome stop is basically a car park with a separate section for motorhomes and it has a drive over waste and toilet emptying point as well as fresh water and free WIFI. One night costs 12 Euros and if you need an electricity connection it’s an extra 3 Euro. The site is hard standing but slightly sloping. The car park is shared with the bus station and there is noise from about 6am but don’t let this put you off visiting the Roman town of Merida. 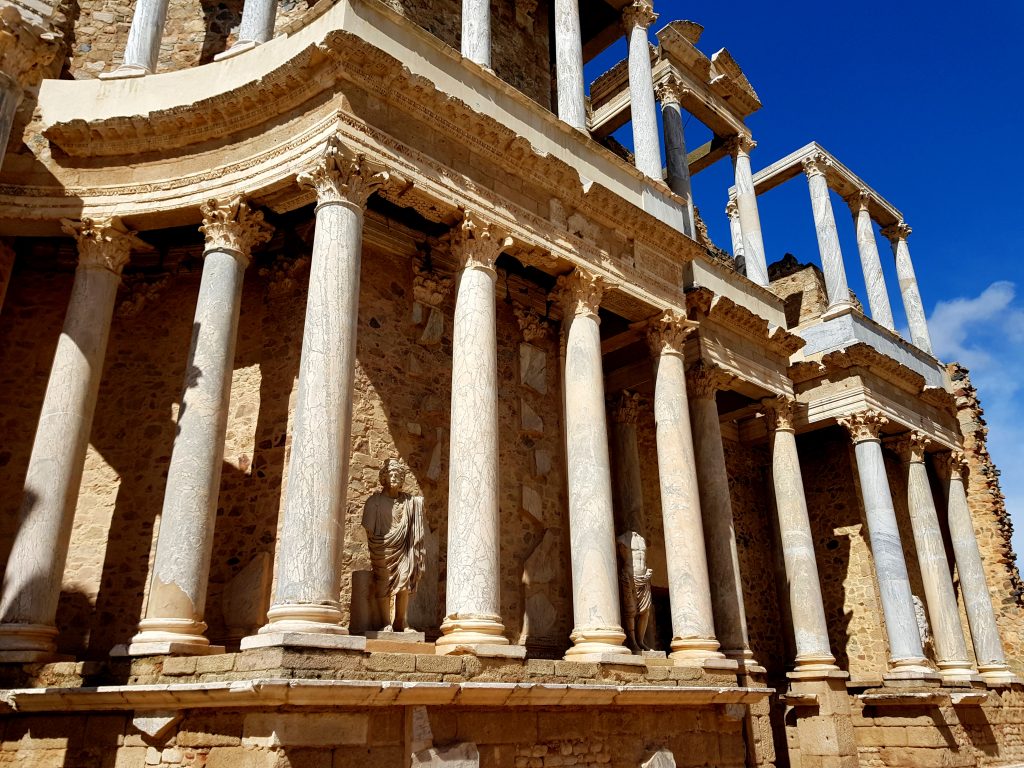 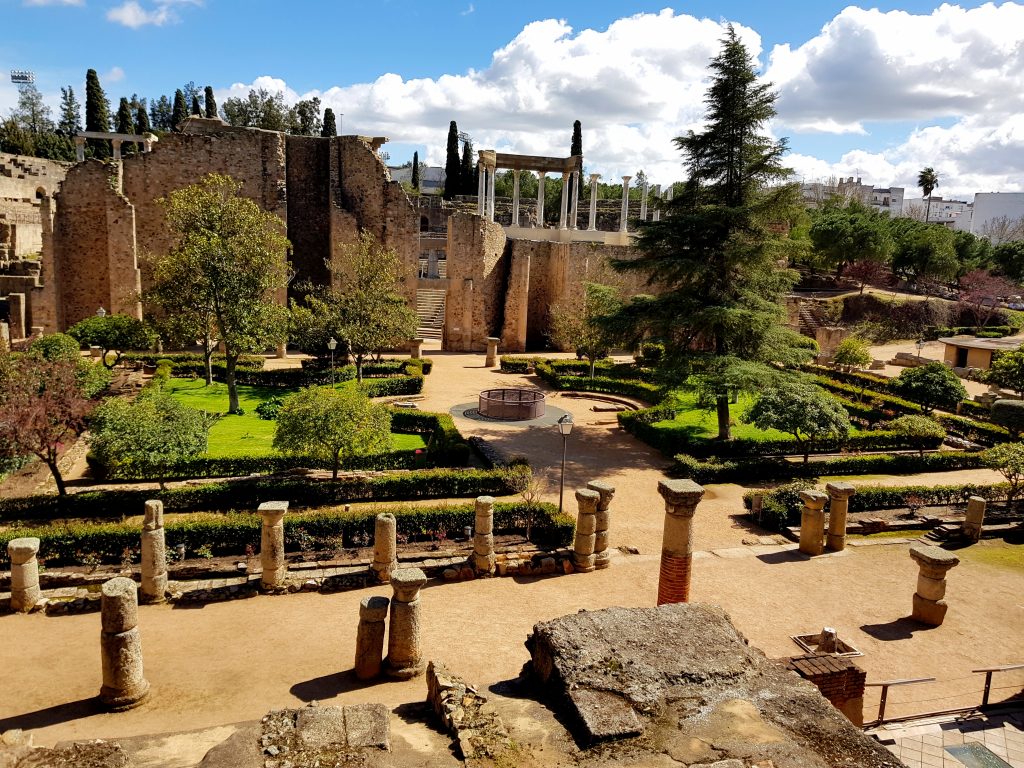 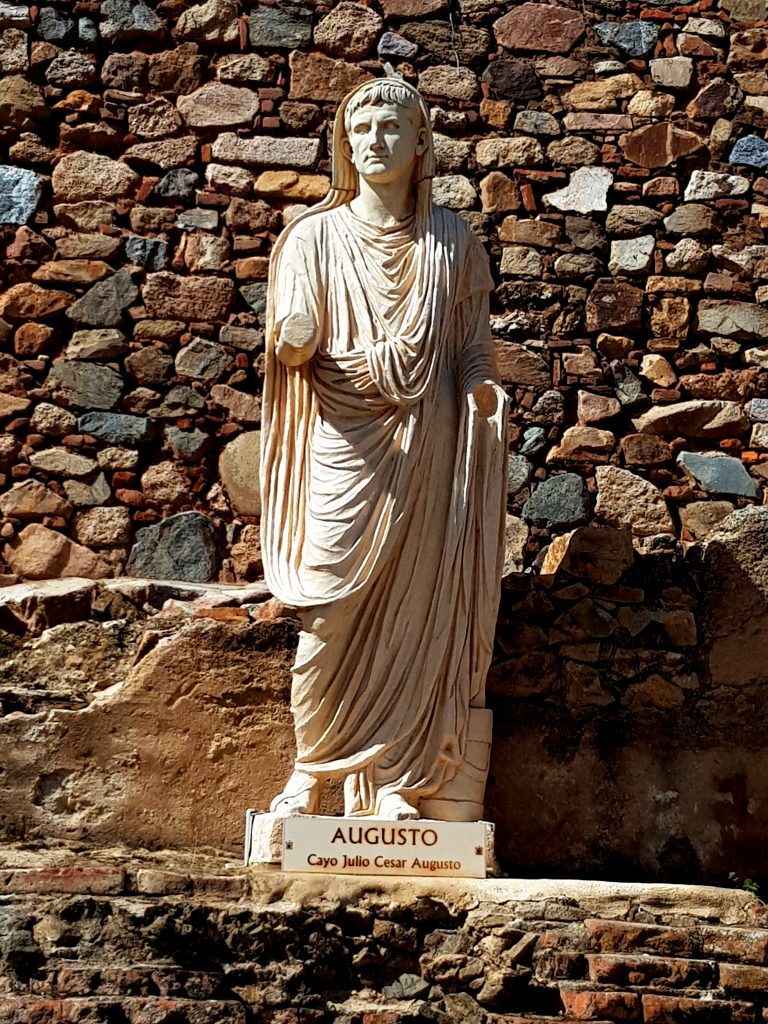 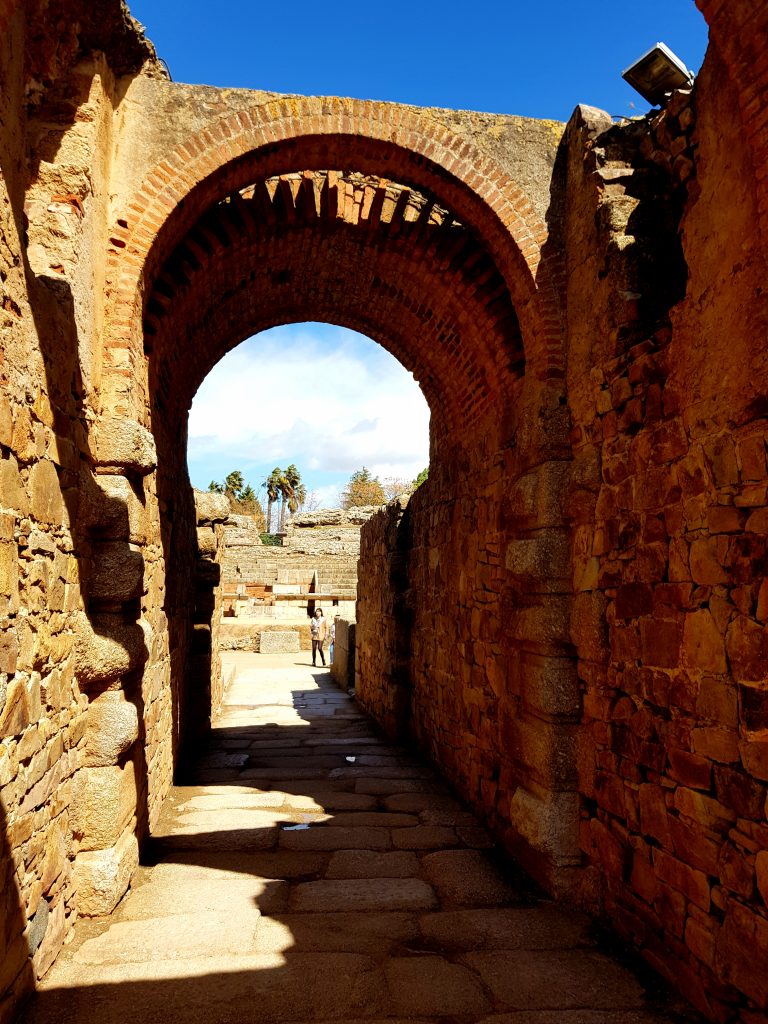 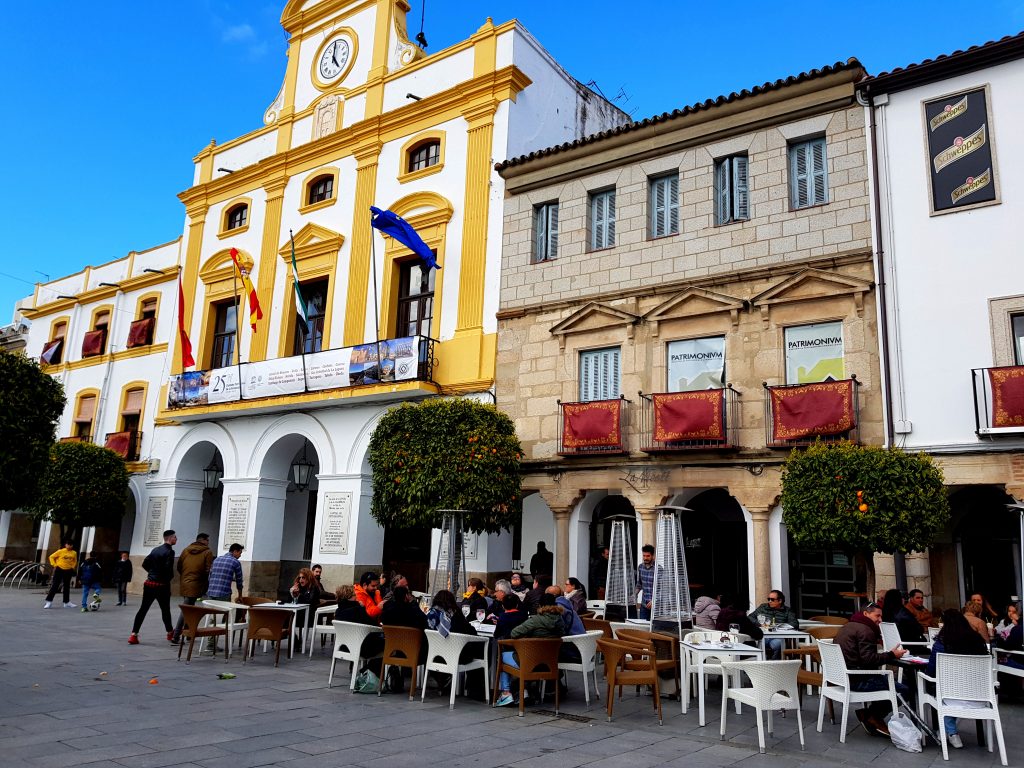 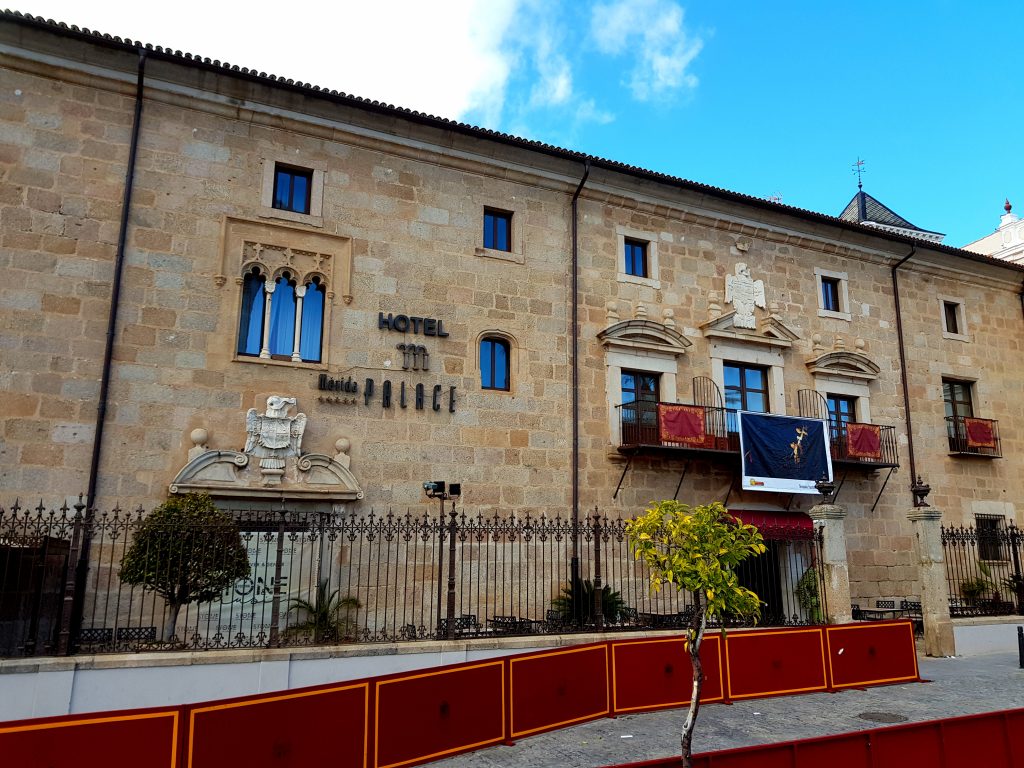