Motorhome in France – How we pay for stuff

Having been in France one week now in our motorhome I thought I would mention how we pay for stuff in supermarkets, shops and restaurants etc. and give you an update on how our motorhome adventure is going. 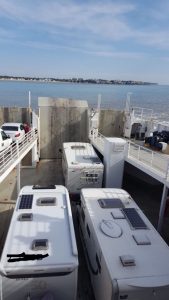 Our motorhome on the Royan to Le Verdon ferry

We are now in the Royan area of south-west France and have taken our motorhome on the Royan to Le Verdon ferry. The last two days have been poor weather after previously been in the mid 20’s and sunny. The weather forecast is for the sun to return so in the meantime we have been cycling on the many cycle tracks in the area and swimming in the indoor swimming pool. We are using the ACSI camping card and this campsite is 17 Euros per night. The ACSI Camping Card is great and is full of campsites you can use at cheap prices, off peak.

We have been living healthily on salads, melon and ham for the last 2 nights although I made bacon rolls today with a pack of bacon we bought at Sainbury’s in Folkstone, before we used the Channel Tunnel. That’s the last of the British bacon for a while unfortunately!

In a few days we will head north again following The Atlantic coast to La Rochelle and Nantes before heading east along The Loire Valley to meet up with friends in Blois on the 22nd October. 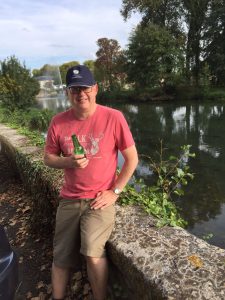 On the banks of the River Loir at La Fleche

On the way to Royan we stopped overnight at our first French Aire in the pretty town of La Fleche which lies on the Loir River. This is a free Aire next to a busy road but close to a supermarket and the shops in the town. For those that have not heard of an ‘Aire’, they are parking areas for motorhomes and there are thousands of them all over France. Many of them are free to use or cost only a few Euro’s per  night, depending on the facilities they have. The idea being that motorhome owners will use them to park and then use the local shops and other facilities. Because there are thousands of motorhomes in France it’s a smart move to have motorhome parking as it improves the economy of that area, something that the UK could learn from.

When we arrived in La Fleche I thought that we were on the banks of the famous Loire river  (France’s longest river at 629 miles long), but I soon realised that this was a different river completely. There is a subtle difference as the famous river has an ‘e’ on the end!

Anyway, I thought that I would mention whether we are staying within our budget of £60 a day that we set ourselves. In September we just exceeded our budget and spent £65 a day but there was a lot of diesel included in that because we drove a lot of miles in the UK because we were at a wedding. In the last few days we have only spent about £35 a day in campsite fees and food, so I’m pleased with that.

How to pay for things in France

Before our motorhome adventure in France I took out a Halifax Clarity credit card and a Caxton pre-loaded cash card. With the Halifax Clarity card there are no fees to use the card, no cash withdrawal fees and no annual fee. The Caxton card can be pre-loaded with Euros and the exchange rate you get is good. The last rate we got was 1.12 Euros to the pound and I noticed in Sainbury’s that their exchange rate was only 1.10 at the time.

The best way to pay for tolls in France is to use the Sanef electronic tag. It sticks to your windscreen and it records the tolls used. At the end of the month you get an invoice which is paid by direct debit. You can sign up for the Sanef tag here

One week into our European motorhome adventure and we are really enjoying things so far. It’s very relaxing, we are speaking French although Anne’s is far better than mine! Our diet is better than we had in the UK and we both feel healthier, although the bacon roll that we had today and the British sausages we still have in our freezer is a reminder of the UK! I haven’t shaved for 3 days and I’m looking like an ageing surf dude. Anne says that’s rubbish and I’m the exact opposite of a surf dude – whatever that might mean!

Finally, for anyone interested in World War 2 history, we have seen a monument dedicated to the 10 men killed in Operation Frankton in 1942. 12 British commandos launched their canoes from a submarine in The Gironde estuary and planted limpet mines on German ships at the French port of Bordeaux. Only 2 made it back alive and the rest were executed by the Germans, even though they were in British uniform and should have been treated as Prisoners of War. The daring raid was the subject of a 1955 film called The Cockleshell Heroes starring Trevor Howard, Christopher Lee and others. 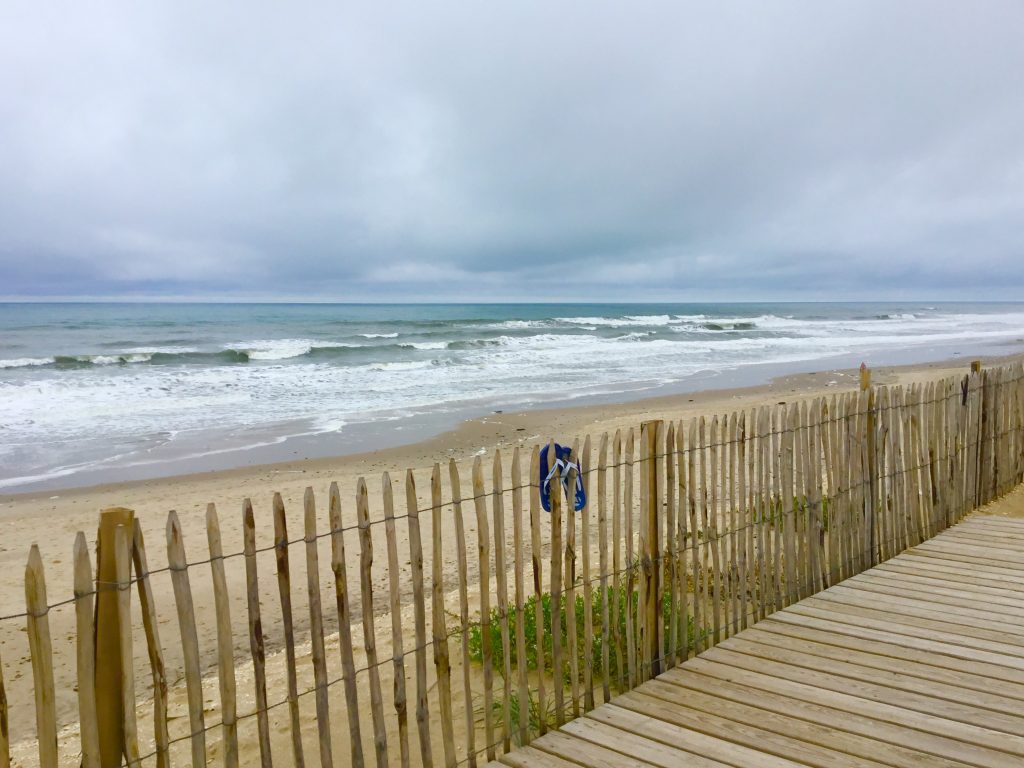 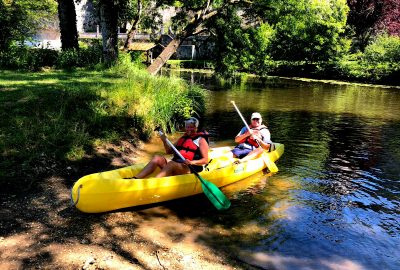 France in our motorhome
Canoeing the Dronne from Brantome 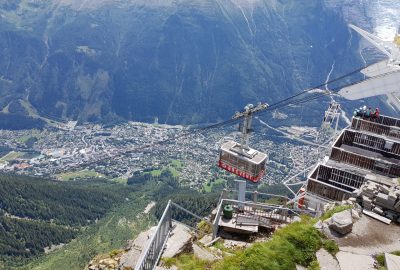