Visiting beautiful Seville in a motorhome

Famed for its flamenco dancing and tapas, Seville is the capital city of Spain’s Andalusia region. It’s our first visit to this wonderful city and we are very impressed. Seville is now well and truly on my list of best European cities.

We travelled from southern Portugal along the A49 motorway and arrived at the motorhome stop at Puerto Gelves, which is about 20 minutes on the bus (M140 or M143) from the city centre. We are parked up on the marina in a secure area with views across the river. The facilities are basic but there is a clean shower and toilet and the bus stop is only about 100 metres away. This is our 2nd attempt at finding somewhere to park our motorhome in Seville. We tried about 3 weeks ago and our satnav took us to the wrong place and we had to abandon our Seville city visit. Not to be beaten by the incredibly busy roads and confusing traffic system we chose a different motorhome parking place a little out of the city centre which turned out to be a good plan.

Our visit to Seville was a week before Easter and the city was preparing for the extensive Easter festivities. The weather was a warm and sunny 18C and perfect for walking and exploring Seville on our first day, although it was grey with drizzle on our second day.

Two full days in Seville was for us just the right number of days to see the major tourist attractions and these are the places I recommend that you visit.

The Plaza de Espana is a semi-circular building with two impressive towers at each end. It was built in 1928 for the Ibero-American Exposition the following year. The architecture is stunning and a large fountain adds to the impression of opulence on a grand scale. Coloured ceramics can be seen on bridges, walls and balustrades. The building was used in one of the Star Wars movies and is a photographer’s paradise! 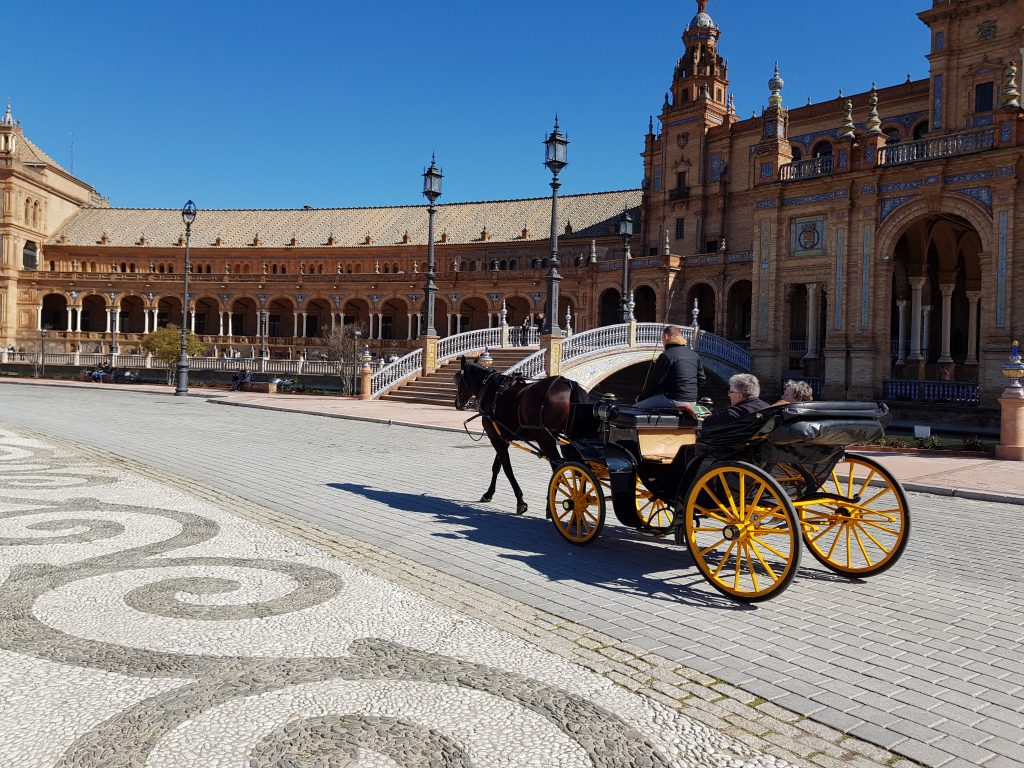 The Plaza de Espana is also a good place to watch free flamenco. Seville is home to a flamenco school and the performers can be seen in many places around the city. 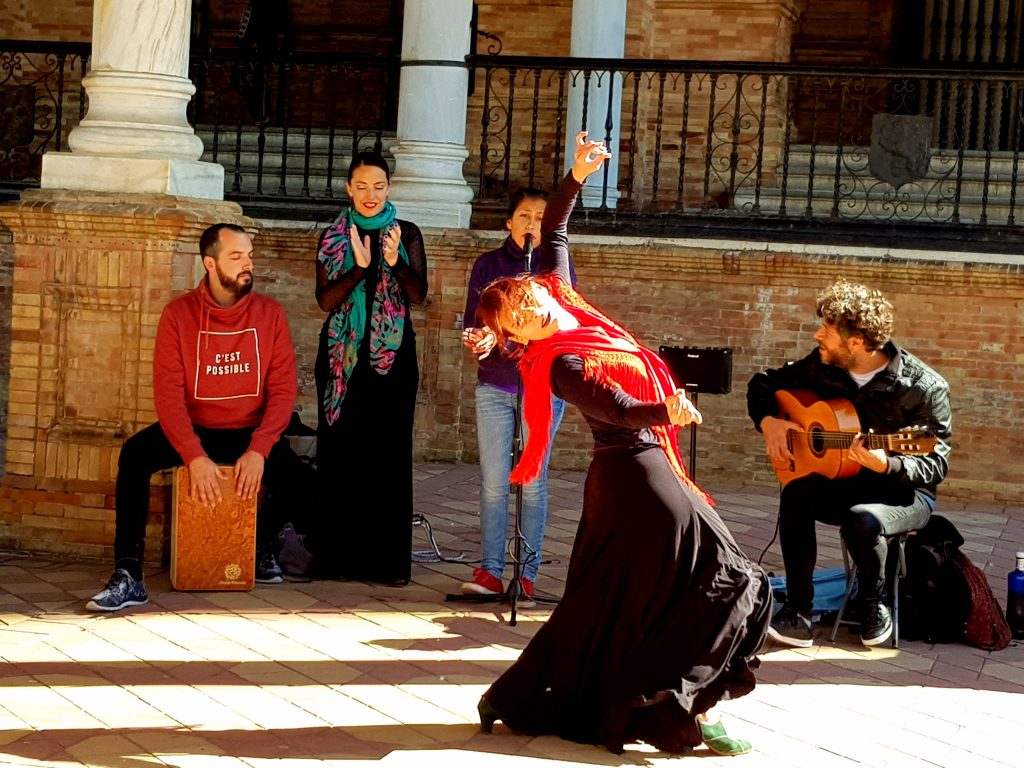 The Alcazar of Seville is a Moorish palace that dates back over 1,000 years. There was a long queue for tickets and I have never seen as many school and college groups visiting a tourist attraction, many of the students looking bored and not appreciating the incredible history and architecture surrounding them. It costs 11.50 Euros per person and there are concessions for pensioners and students. The Alcazar is also famous for its gardens which started in the Renaissance period. 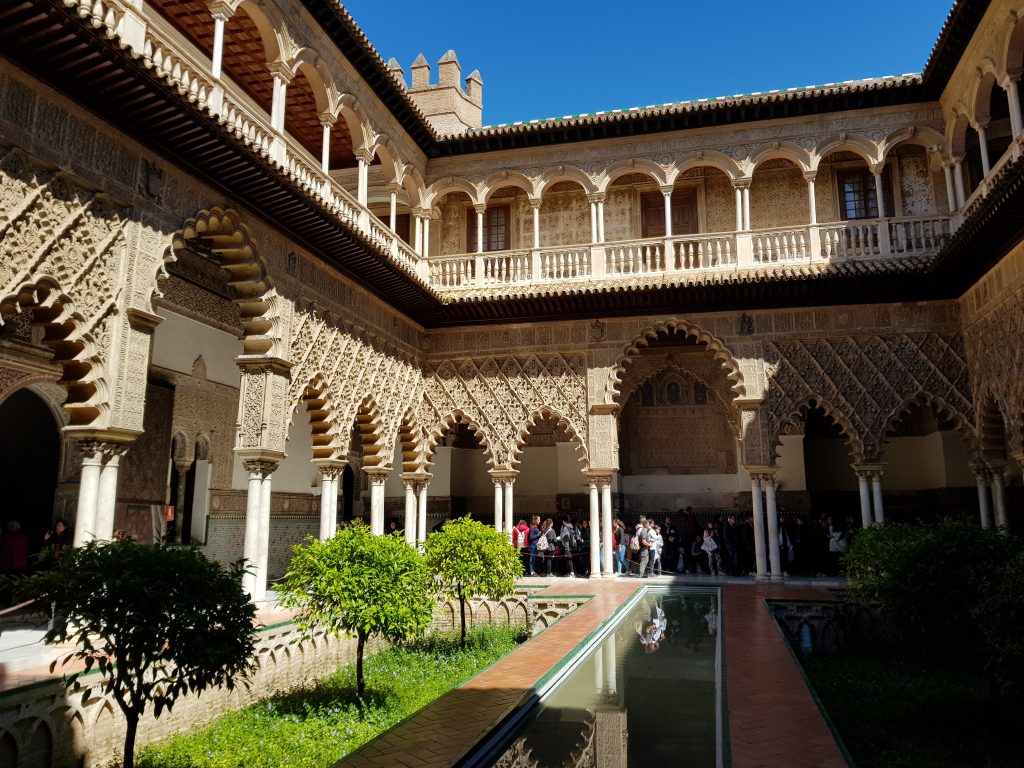 The Alcazar in Seville was quite busy when we were there and I would recommend , in high season, visiting early in the day rather than when we visited at midday.

We have visited quite a few cathedrals and churches on our motorhome journey through France, Spain and Portugal but Seville Cathedral calls itself the largest Gothic cathedral in Europe and it certainly is a magnificent building. Started in 1184 it houses the tomb of the Italian explorer Christopher Columbus who died in Spain in 1506. The cathedral is home to several important paintings including La Vision de San Antonio de Padua painted by Murillo in 1656. You can see the photograph I took of the painting below. 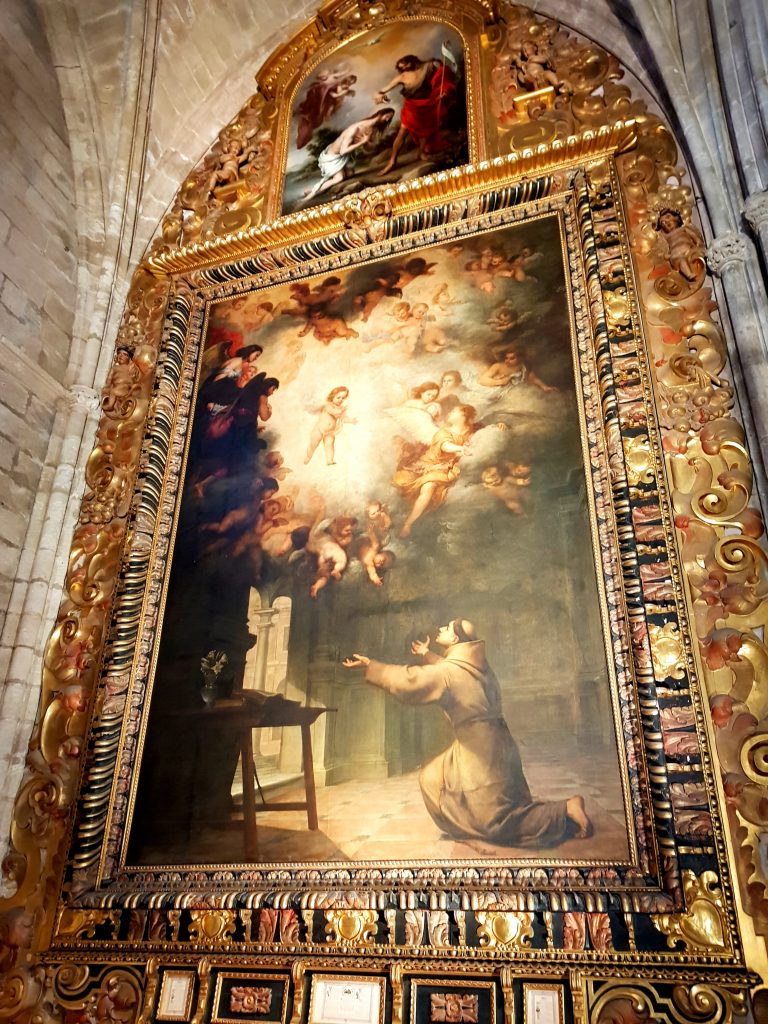 Built in 2011, you can find this interesting creation in La Encarnacion Square. It’s claimed to be the largest wooden structure in the world at 26 metres tall. It costs 3 Euros to have access to the walkway at the top and you have excellent views over the city of Seville. The building, some would say, is a blot on the landscape because it was built close to the old town and is completely out of character with the magnificent buildings a stone’s throw away. 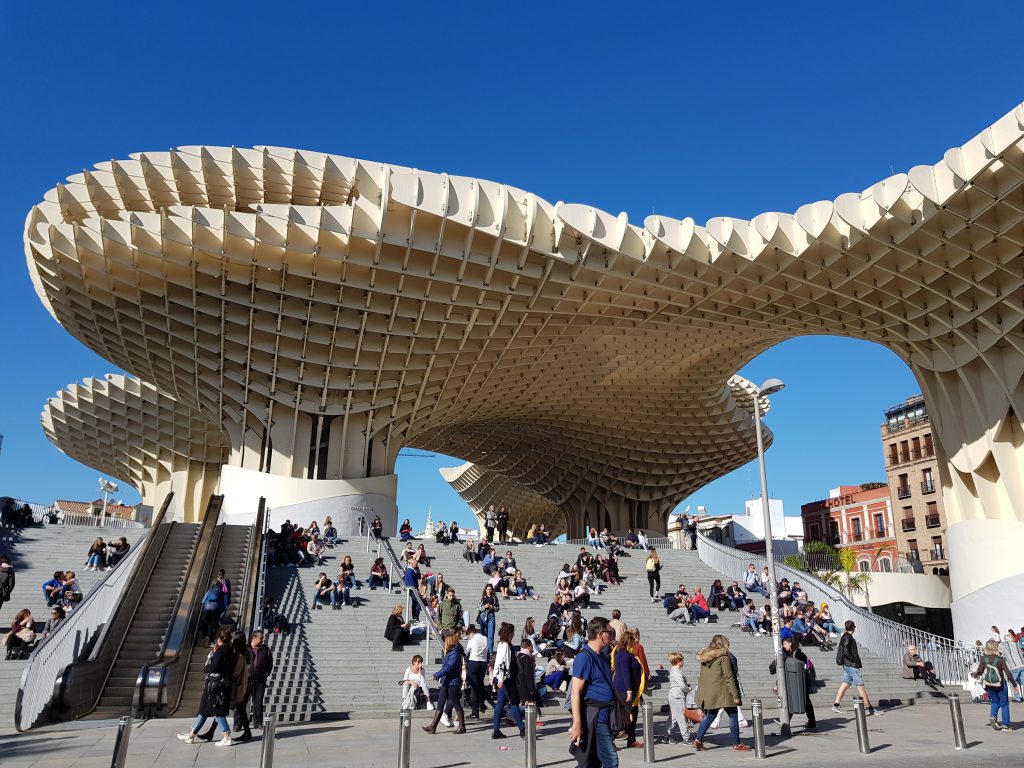 Where to eat in Seville

You won’t go hungry in Seville. Classy cafes and restaurants are numerous as are reasonably priced cafes. Whilst in Seville you must eat tapas and we visited the small and friendly laCava Bar on Calle Hernando Colon that we came across whilst walking in the old town. We ordered the partridge pate, goats cheese and ham croquettes, all of which were delicious. On our second day we had lunch at Cafeteria Pasteleria La Canasta on Ave. de la Constiticion for a very reasonable 10 Euros per person.

I wished we could have visited the oldest bar in Seville, opened in 1670, it looked very inviting, but we ran out of time.

El Rinconcillo, Seville. The oldest bar in the city.

How to get around in Seville

Buses are numerous and cheap but we walked between all the main tourist attractions in Seville. There is a hop on and hop off tourist bus or you can take a ride on one of the many horse and carriage rides available. As a city Seville puts most UK cities to shame as far as transport infrastructure is concerned. There is an underground system, a tram network, bus lanes, cycle lanes everywhere, bikes to rent on most street corners in the city centre and many pedestrian areas. It’s a joy to be in Seville! 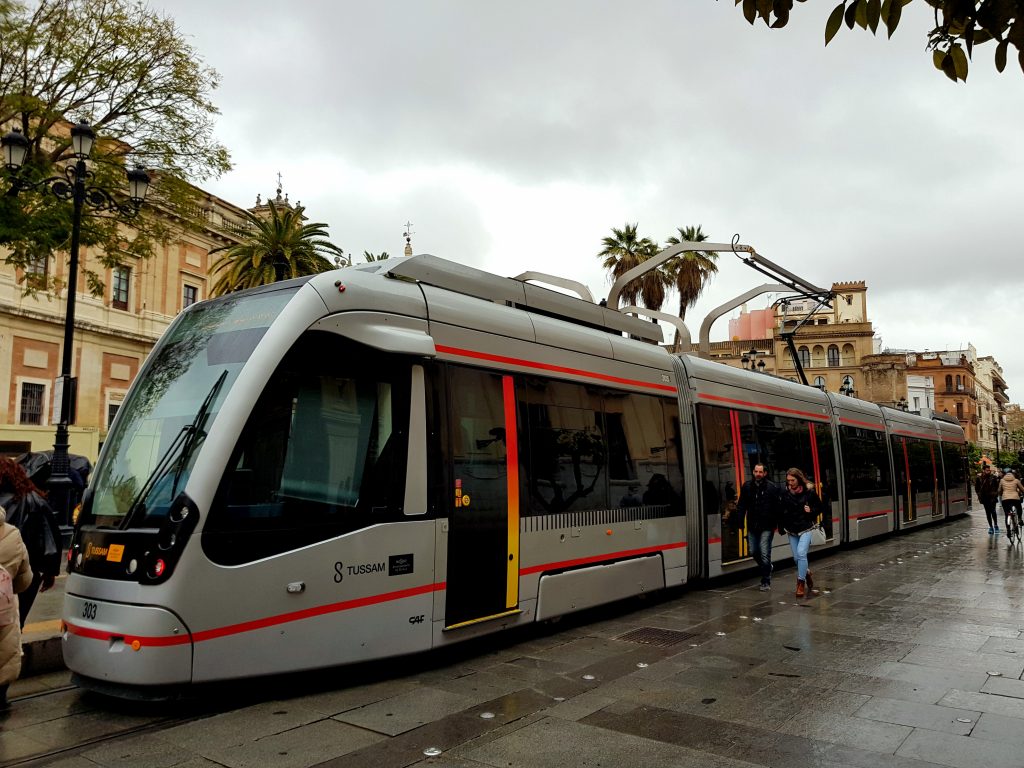 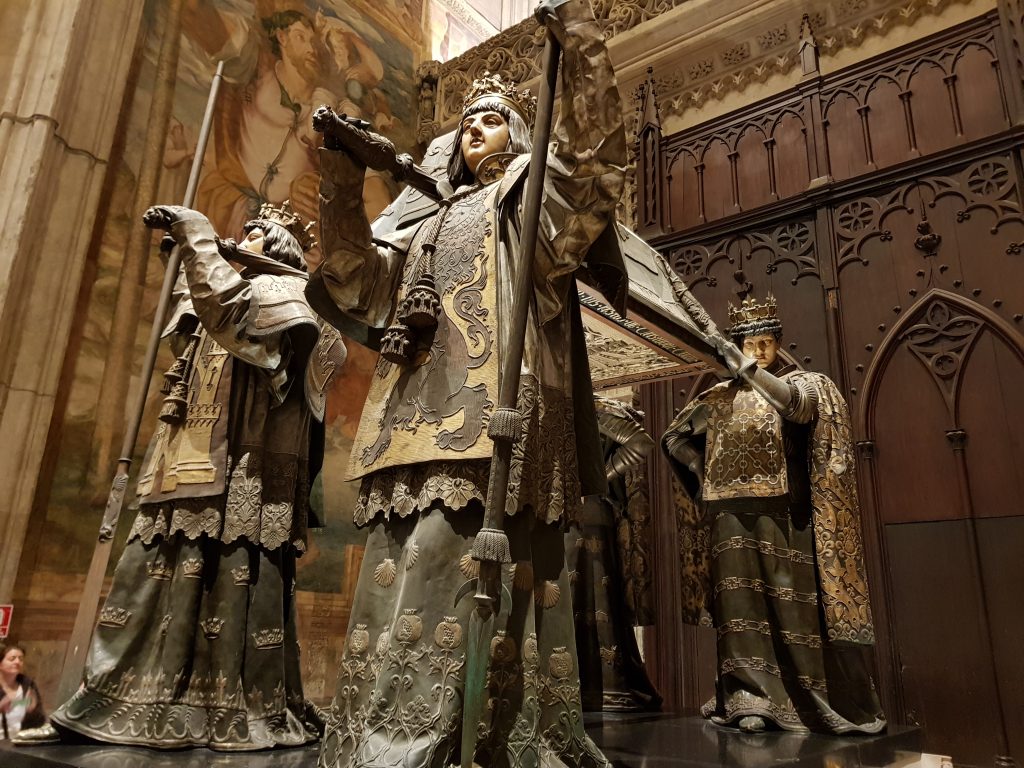 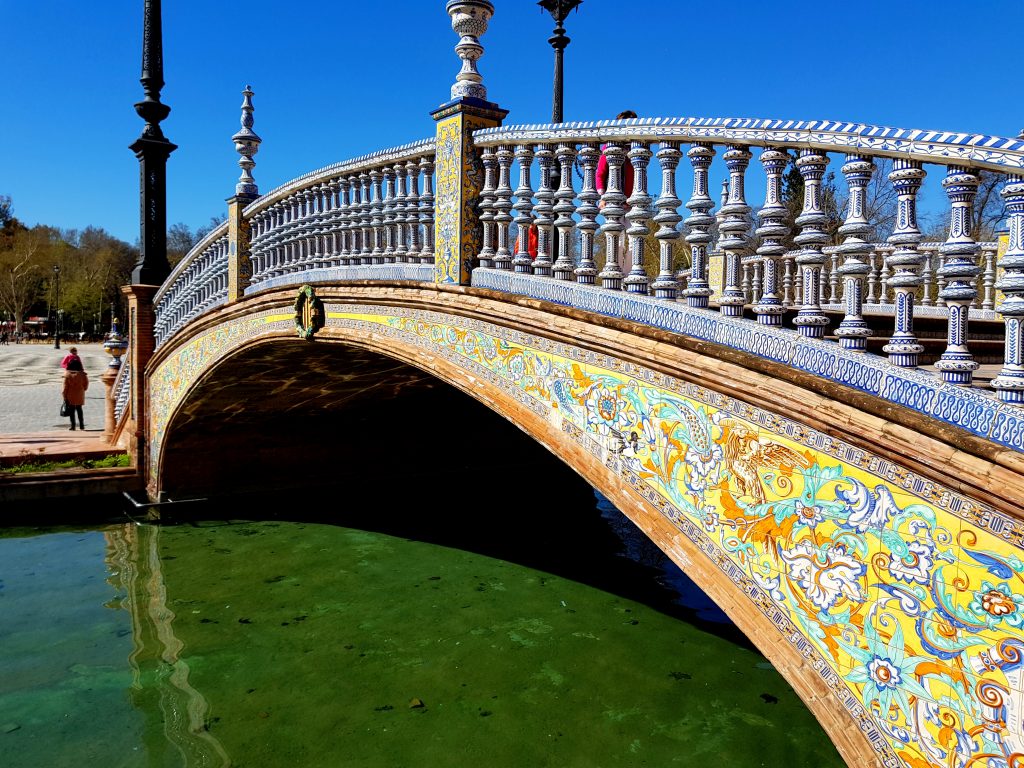 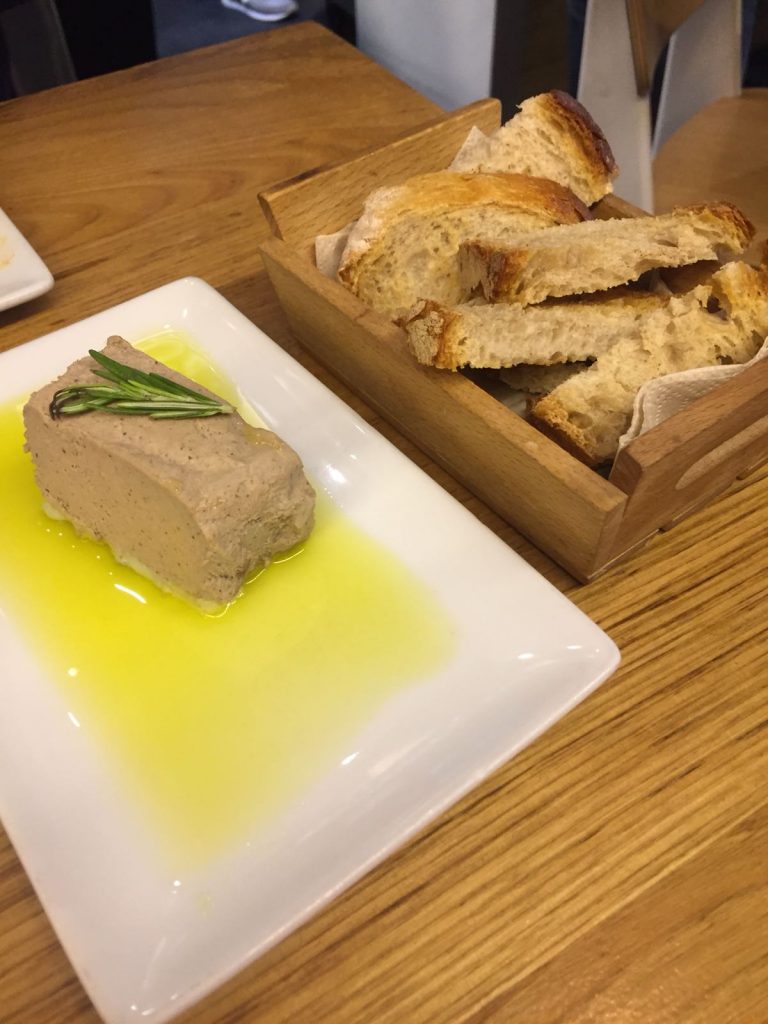 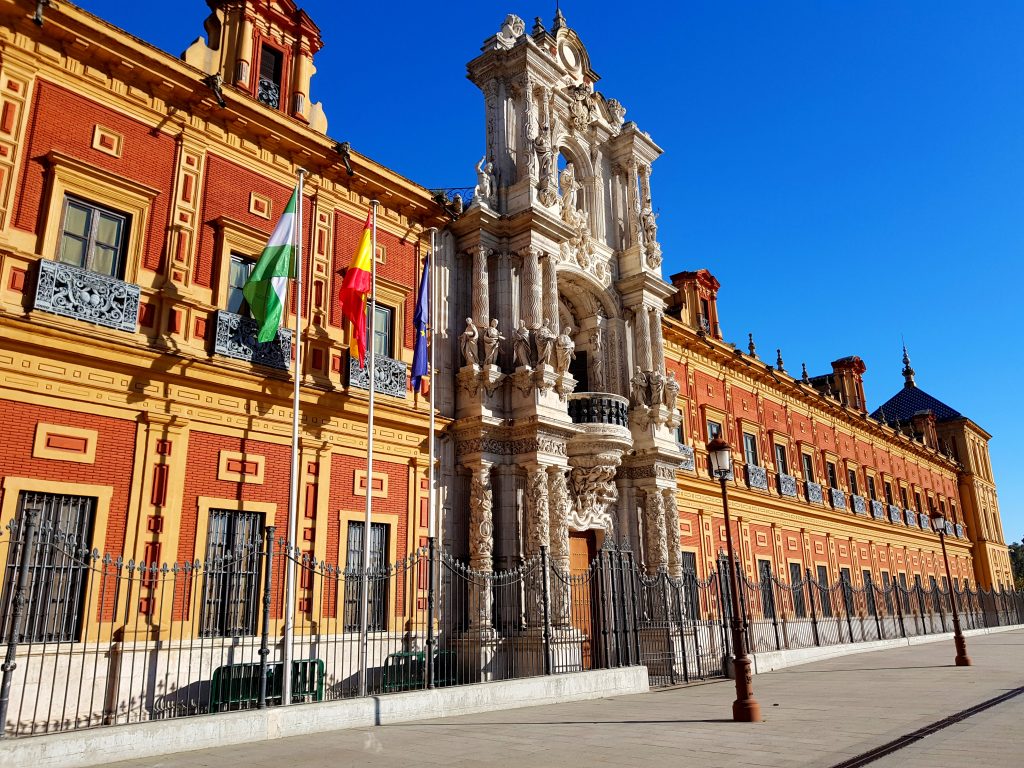 One of the mainy beautiful buildings in Seville, Spain