Worn out shoes in Cadiz

I had to throw away a pair of walking shoes today. They were bought 6 months ago in the UK and I had worn them out! According to my steps counter on my phone I have walked about 700 miles since I bought them. We walk about 125 miles per month.

Expecting that walking shoes would last more than 6 months I have had to invest in an upgraded pair and I spotted some in a good shoe shop whilst in the Spanish city of Cadiz.

The beautiful city of Cadiz, Spain

Cadiz is an interesting city. It’s where the Spanish and French navies  were ordered by Napoleon  to leave from in order to confront the British navy commanded  by Admiral Lord Nelson. The resulting battle took place in 1805 just south of Cadiz at what is now known as Cape Trafalgar with the British anayalating  a superior force.  27 British ships of the line defeated 33 enemy ships. The brilliant naval strategist Lord Nelson was shot and killed by a French sniper whilst on his ship HMS Victory but the battle prevented the planned invasion of Britain by Napoleon.

Motorhomers  talk to each other a lot and several people had mentioned to us that there is a good campsite at Peurto de Santa Maria called Las Dunas. We arrived on spec and it was nice to spend 3 nights on a proper campsite as we had been staying “off grid” in the mountains and cities for a few weeks.

Las Dunas camping is a 20 minute walk from the catamaran ferry that takes you across the bay to the port of Cadiz. The ferry costs €2.75 each way. Cadiz itself is situated on a spit of land and surrounded by sea on 3 sides. The old town is a maze of narrow streets with historic buildings and fortifacations including an impressive cathedral (€6 entry fee). Cadiz has been lived in for 3100 years and is one of the oldest cities in western Europe.

After a late lunch of seafood paella, and adding significantly to our daily step count, we headed back with me eager to start wearing my new walking shoes. Hopefully these shoes will be able to take me at least another 700 miles! Next stop Seville and the weather is changing as we head west. It’s looking like we will be seeing our first rain for 3 months! 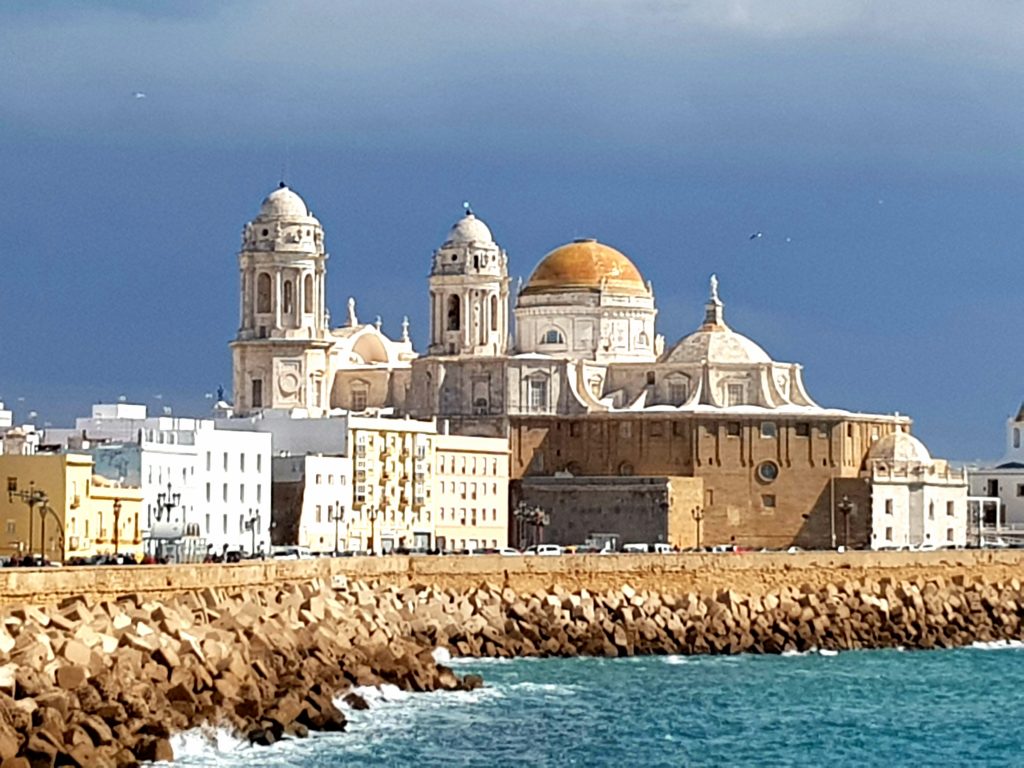 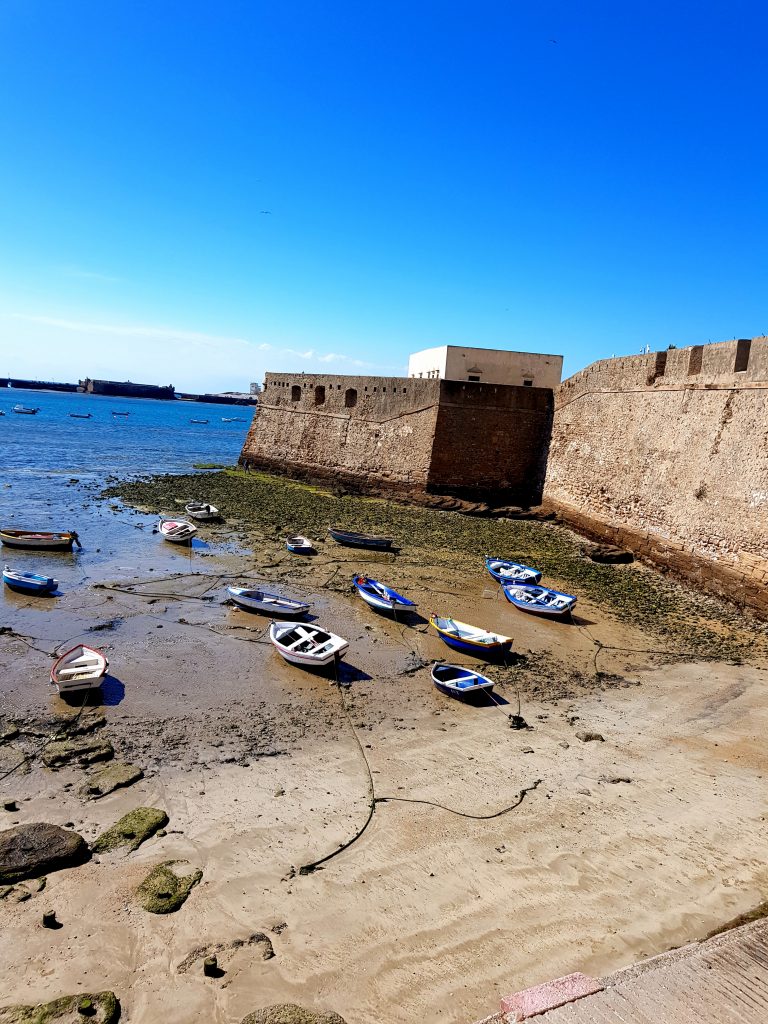 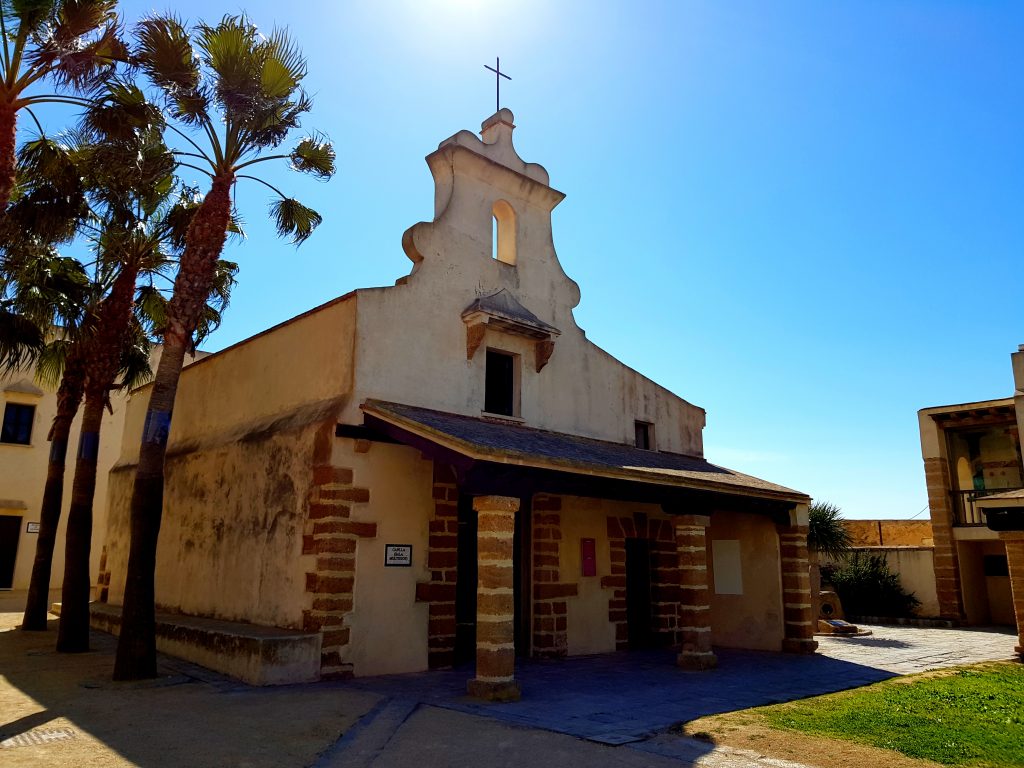 An old building in Cadiz!