Christmas has come and gone and we are now into 2018 as our motorhome adventure continues. We left the UK at the end of September and it’s roughly 160 nights in our motorhome, apart from a brief trip back to the UK. We spent Christmas and New Year parked at 652 metres above sea level in the mountains of southern Spain. Most days it blew a gale and the temperature was a lot lower than the coast although the temperature did reach 20c one day. Highlights of this stay included a braying donkey in the next door farmers field, the noise drowned out though by the howling wind and Anne worried about the motorhome being blown over. I had to remind her that a 3700kg vehicle was unlikly to suffer such a fate. 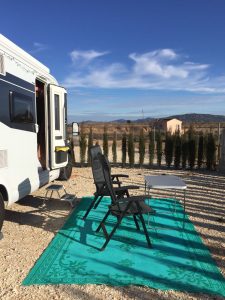 The campsite owner informed us after we had arrived that there was a problem with the hot water in the showers but we decided to stay and see how things went. Sure enough, the next morning, there was no heating in the shower block and we had to put up with luke warm showers. Venturing out in the morning for a shower in 4c is bad but when there is no heating or hot water it’s far worse! The British campsite owners did not handle the tense situation very well as everybody was complaining.  Despite the hot water problems we met some lovely people who we will meet up with again in the future. A special thanks to Fran, Krissie, John and Jan for providing unlimited laughs to make up for the limited hot water!

The coastal resort of Calpe was our next stop for 3 nights. Famous for its huge rock we enjoyed walks along the impressive sea front promenade and were there to see The Three Kings parade. This is a special day in Spain aimed especially at children. 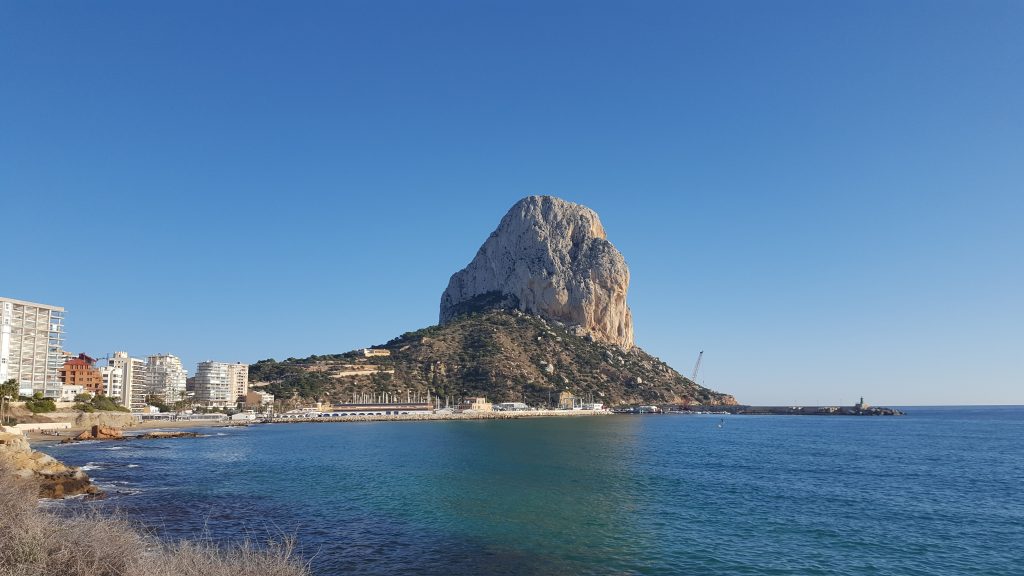 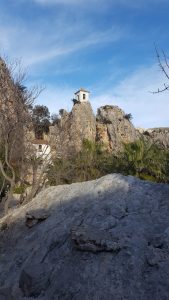 El Castell de Guadalest lies in the mountains about 13 miles inland from Benidorm. A world away though from the bright lights, Guadalest is one of Spain’s most visited mountain villages, and for good reason. With magnificent views over the mountains to the coast and overlooking a resevoir in the valley below Guadalest has an ancient fortress, church and village perched on top of jagged mountain peaks. Motorhomes are allowed to stay overnight in the village car park for only 4 Euros and we were vrtually the only people there after everything had closed up. The next morning we braved the cold clean mountain air for a last walk around the village before heading to our next stop on the coast at Villajoyosa.

Lying between Benidorm and Alicante Villajoyosa does not have the high rise hotels like its close neighbour Benidorm. It’s a steep walk down to the pleasant beach front the highlight of which are the coloured houses complete with cast iron balconies and flowers. Villajoyosa is also well known for the Valor chocolate factory and shop but we were stopped from entering because we did not have our passports with us. We thought this very strange but instead went to the Perez chocolate museum and shop and spent our money there. 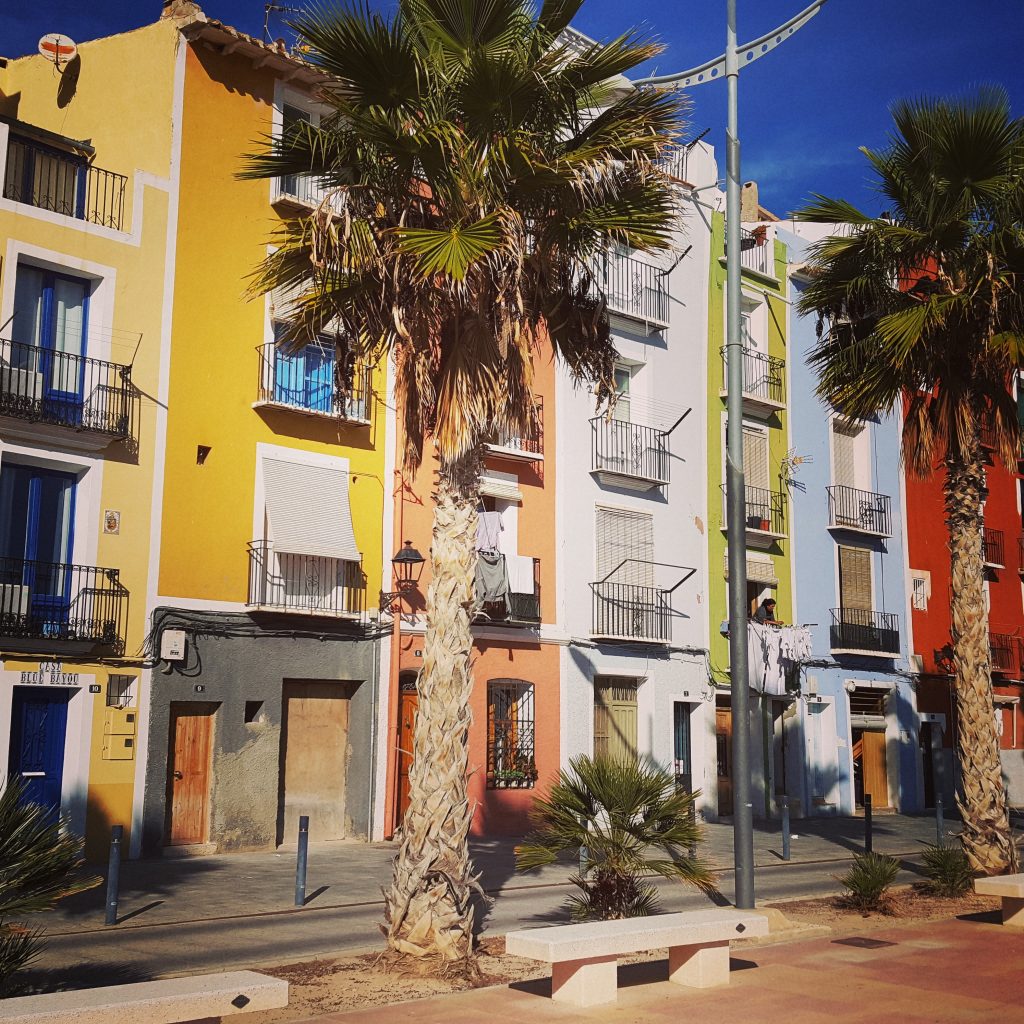 I have never visited Benidorm but I was keen to visit to see if it lived up to its brash reputation. We took the 20 minute tram ride from Villajoyosa to Benidorm on a warm sunny day. The type of visitor changes depending on the seasons and the vast majority lived up to my stereotyped image of OAP’s, British fry ups and mobility scooters. We did see something we had never seen before – a tandem mobilty scooter. Very impressive! 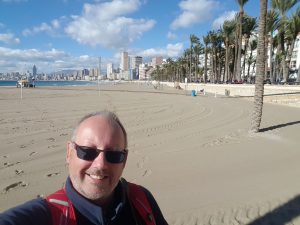 A January day in Benidorm

Over the last few days we have been making plans for our motorhome adventure for 2018. We are planning to return to the UK for a month so we have booked the Bilbao to Portsmouth ferry for early April. After a flying visit to Oxford we will be heading to north west England before spending a week in Yorkshire. After that we have booked a cottage in the Peak District so we can have a family get together.

We have just booked the Hull to Rotterdam ferry for the end of April and we will be driving through the Netherlands, Germany, Denmark and then Sweden and Norway. Our aim is to drive over the Arctic Circle and then south along the Norwegian coast, eventually reaching Oslo.

I’ll finish this blog with a quote I saw on the rear of a very large motorhome – Travel not to escape life, but so travel does not escape you.