The road from Scourie to Durness on Scotland’s North Coast 500 is spectacular. The A838 is mostly single track but there are passing places every 100 metres or so. I had read much beforehand about how local drivers don’t give way to motorhomes on Scotland’s NC500 but our experience was that all the drivers we encountered were considerate and we had no problems at all. The landscape between Scourie and Durness has some of the most complex geology in Britain. The whole area is rock with sparse vegetation and it gives the whole area a prehistoric feel. You almost expect a dinosaur to rear up from behind a rock.

The open spaces make driving on single track roads fairly easy because you can see way ahead of you so if you see a vehicle driving towards you it’s easy to pull into a passing place. The passing places also allow you to let faster vehicles such as local traffic, and bikers (of which there are many) overtake you. You don’t want to be driving fast when there is so much to look at. 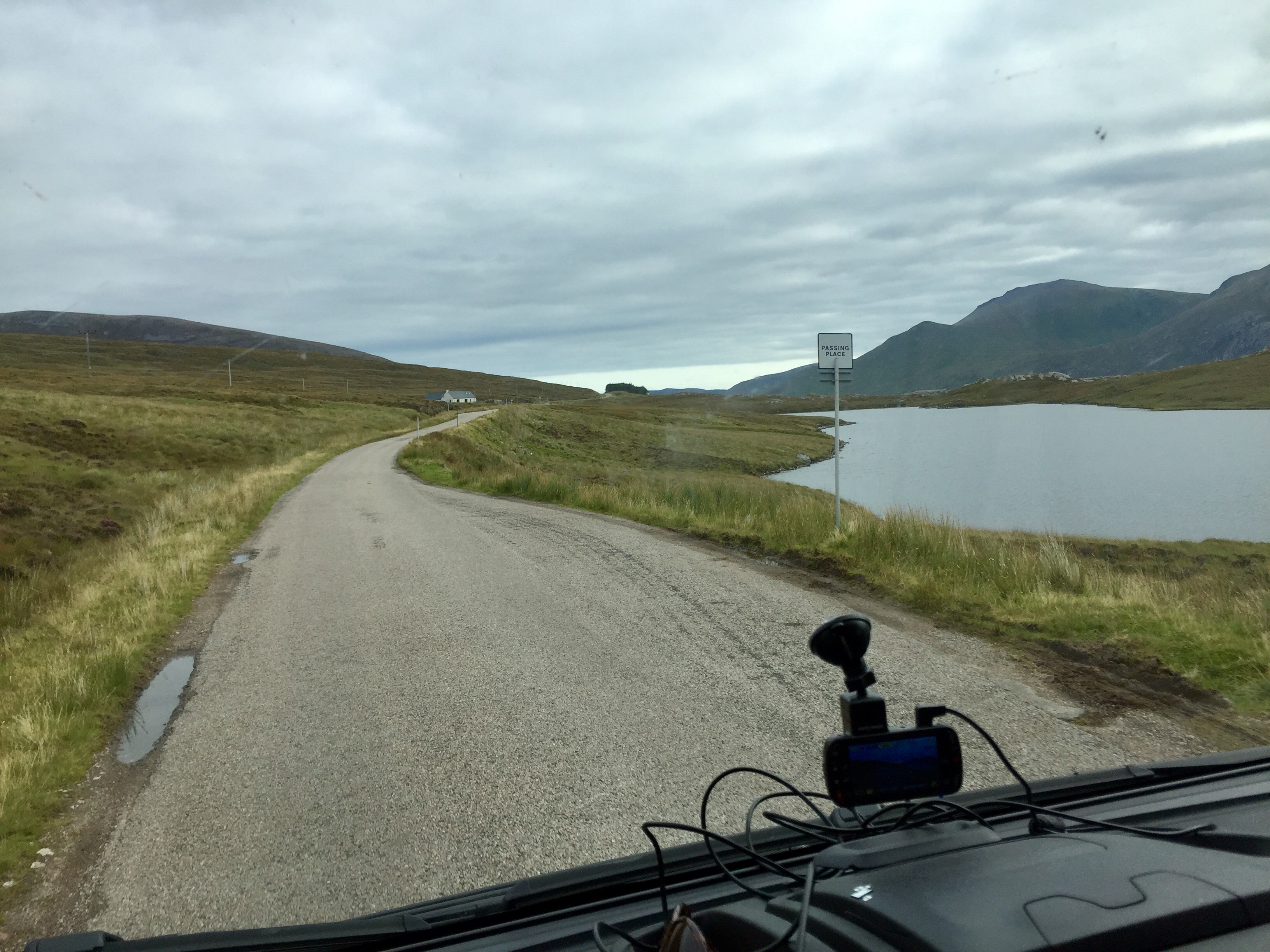 The North Coast 500 official map says that you need to be able to reverse confidently 100 metres along a single-track road before you attempt this drive. Whilst this may be true we found that we did not have to reverse at all because I always pulled into a passing place when I was aware of on-coming traffic.

One place I forgot to mention in my first blog about the Scotland NC500 is the pretty village of Kylesku and the magnificent Kylesku Bridge which is south of Lochinver. It’s worth a stop in the village where there are boat trips in the summer to Kerrachar Gardens and the waterfalls. It’s also worth a stop at the parking area at one end of the Kylesku Bridge so you can admire its 276 metre span and 24 metre height. 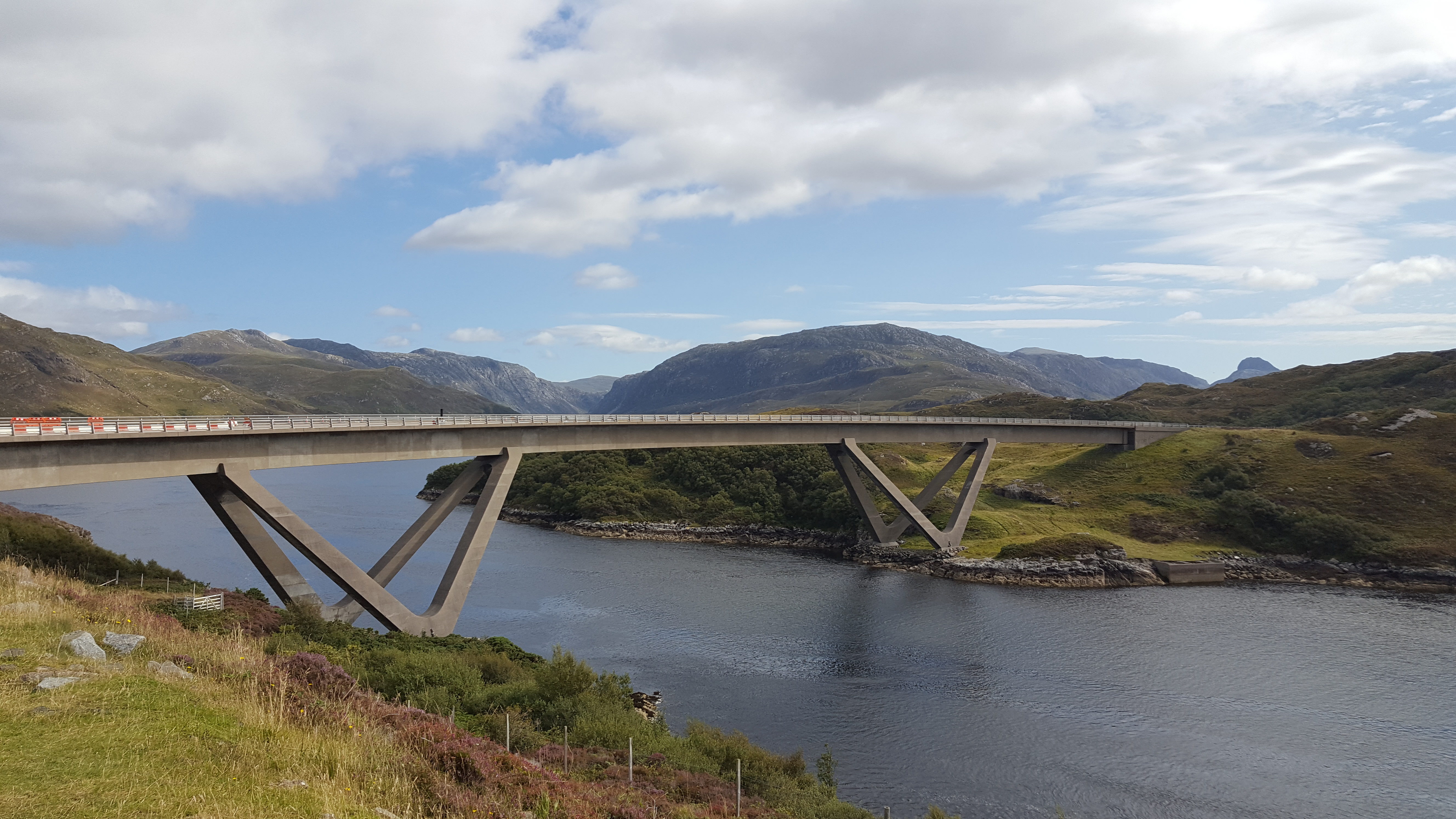 Durness is the remotest and least populated community in the UK There are spectacular cliffs around Durness and they reach 190 metres high at Clo Mor. A radar station was built in Durness in 1940 as part of an early warning system and hundreds of personnel worked here. New buildings were built after the war but never used although they are used today as Balnakeil Craft Village. Our favourite place here was Cocoa Mountain, a chocolate shop, café and factory.

Sango Sands just outside Durness is also worth visiting. The beach here is stunning and there is a motorhome campsite on the cliffs which is worth staying at. We found a rock on the beach to sit on and had our lunch here. You will also find Smoo Cave here and there is also a zip wire ride for the more adventurous visitor. 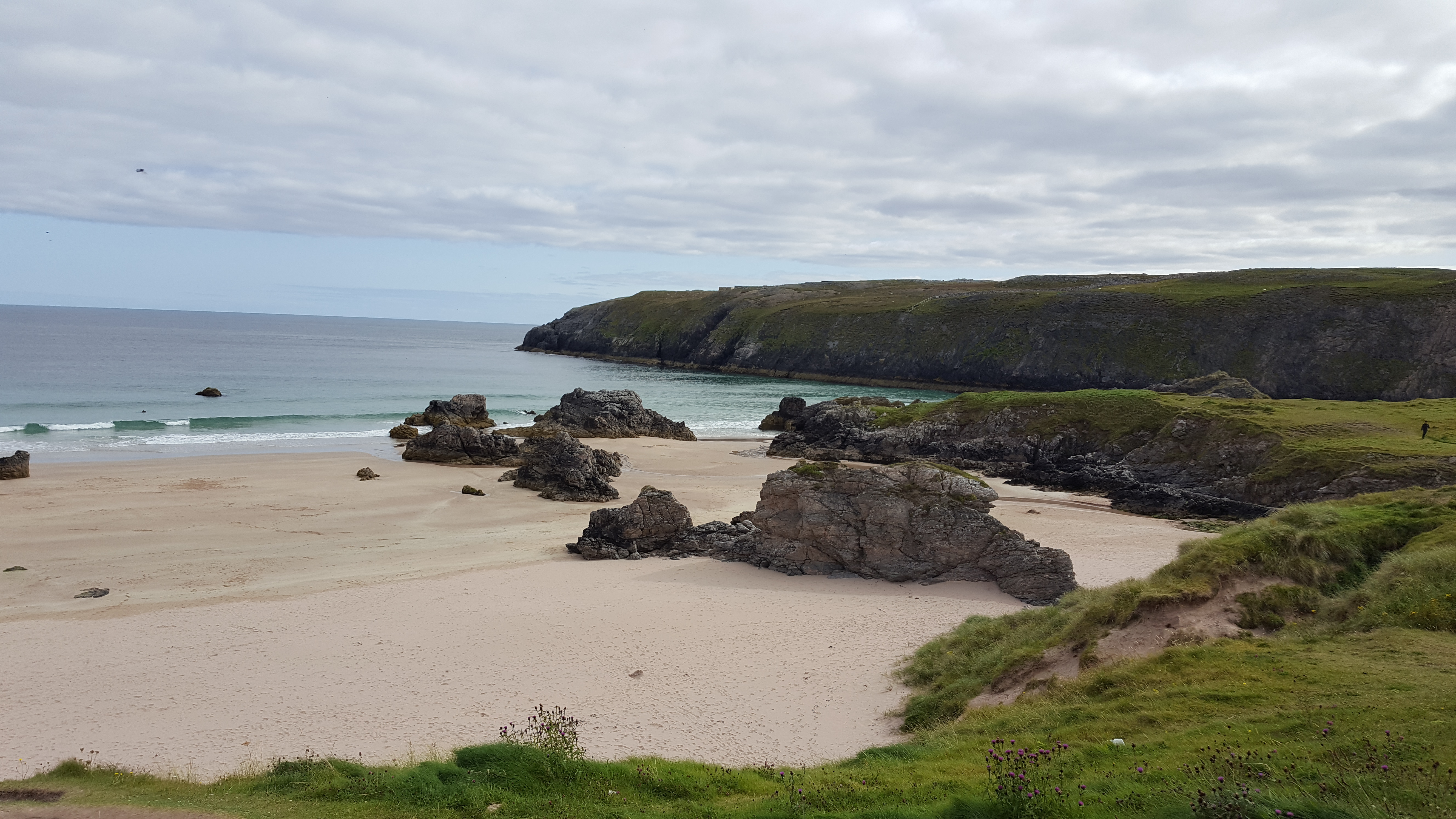 After Durness the road continues as single track and winds its way around famous Loch Eriboll. 10 miles long and 130 metres deep in places Loch Eriboll has long been used as an anchorage for ships. Norwegian King Haakon and his fleet of Viking ships anchored here in 1263. In 1937 HMS Hood anchored here for 9 days and in May 1945 the loch was the site of the surrender of over 30 German U-boats.

Our next stop for the night was at the stunning Kyle of Tongue There is a causeway and bridge here with parking areas at either end. We parked up for the night at one end of the causeway and watched the sun go down over the water with Ben Loyal mountain in the distance. 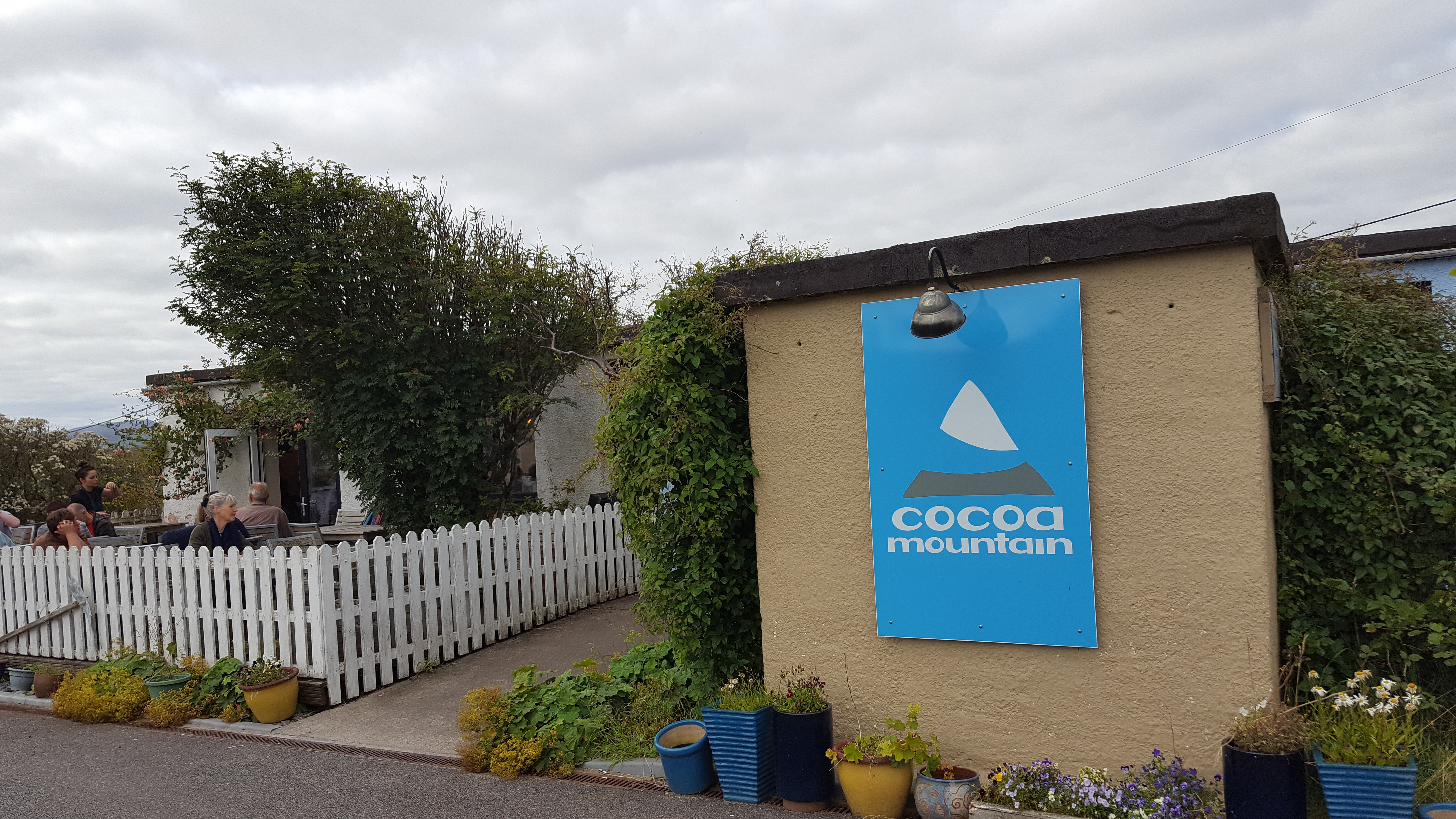