After driving through the popular tourist destinations of Glencoe and Fort William we stopped overnight at Morvich, a stunning location surrounded by mountains. It rained most of the night and when it rains in Scotland it really does rain, there is no such thing as drizzle in Scotland it’s torrential! This is where we joined Scotland’s North Coast 500. The next few days will see us drive through some of the best scenery in the UK and one of the remotest and least populated parts of The British Isles.

After Morvich we drove north up the side of Loch Carron, through Shieldaig and Kinlochewe where we stayed at Sands Campsite. Due to all the rain over the last few days the ground was fairly wet but firm but the views were fantastic. We could see the Isle of Skye and The Outer Hebrides from our pitch. By the way, the shower and toilet facilities at Sands are excellent and worth mentioning. 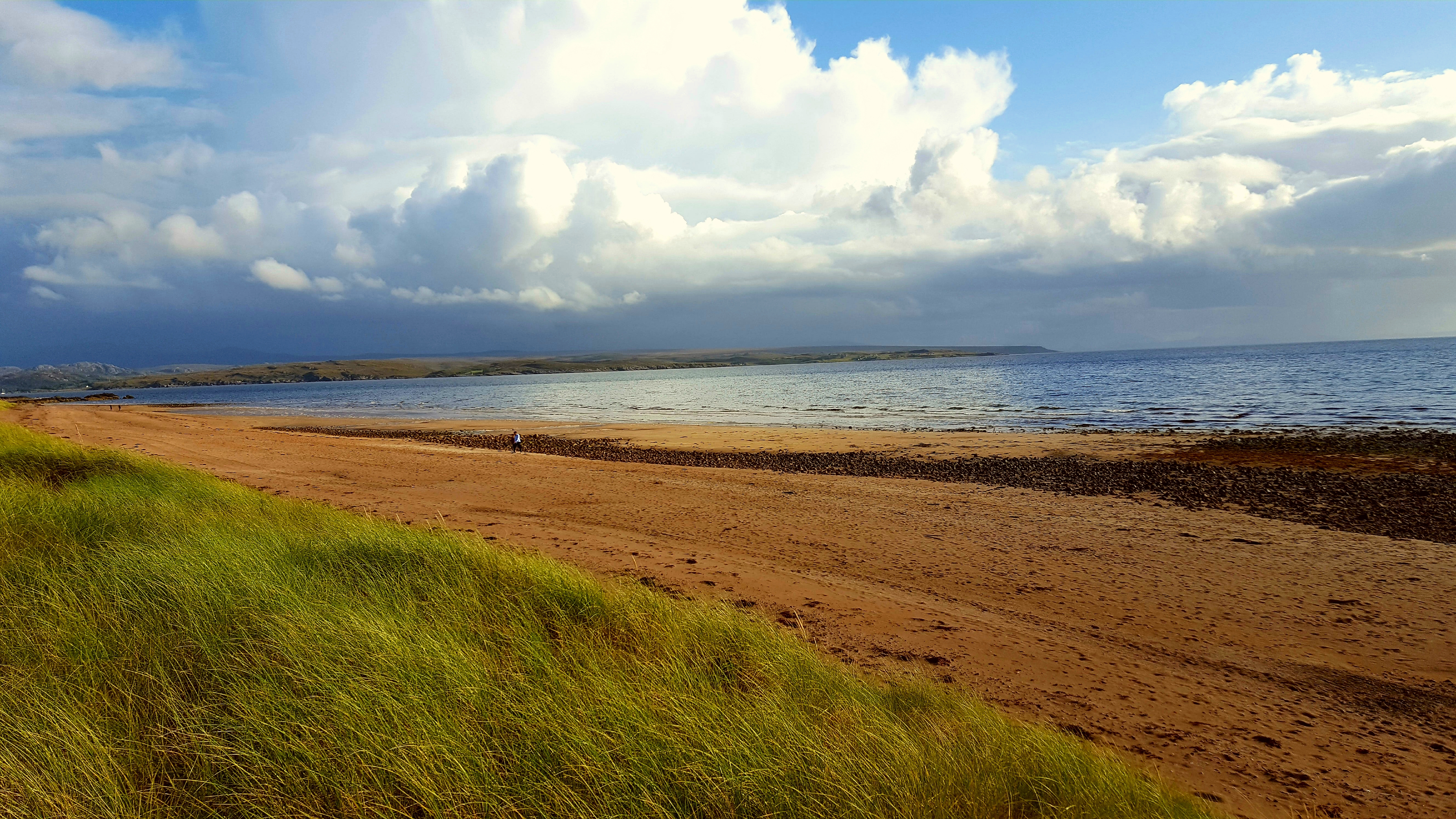 The next morning, we set off with a plan to drive to Ullapool about 56 miles further north. The drive took us past amazing scenery and the historical Loch Ewe. Loch Ewe was used as a naval base between 1939 and 1945. It’s a natural deep-water sea loch that links to The Atlantic Ocean and used by Arctic convoys taking vital supplies to Murmansk in northern Russia. Loch Ewe was protected by anti-aircraft guns a boom net and a mine defence system to protect the ships from German submarines and air attacks. There is a museum here dedicated to the Arctic convoys and the men who bravely lost their lives. The 56-mile drive took us several hours because there were so many panoramic viewpoints to stop off at.

A few years ago, we used the Ullapool to Stornoway ferry to spend a week on The Outer Hebrides. On that ferry journey, we had seen a fantastic campsite on the headland that we had planned to stay on. When we arrived, however, it was far too boggy to stay. A sign saying “Call us if you get stuck and need a tow out of the mud” said it all really so we left and found probably the best campsite so far at Ardmair Point, 3 miles north of Ullapool. The views from this campsite are truly breath-taking and we parked up only a few feet from the water’s edge. 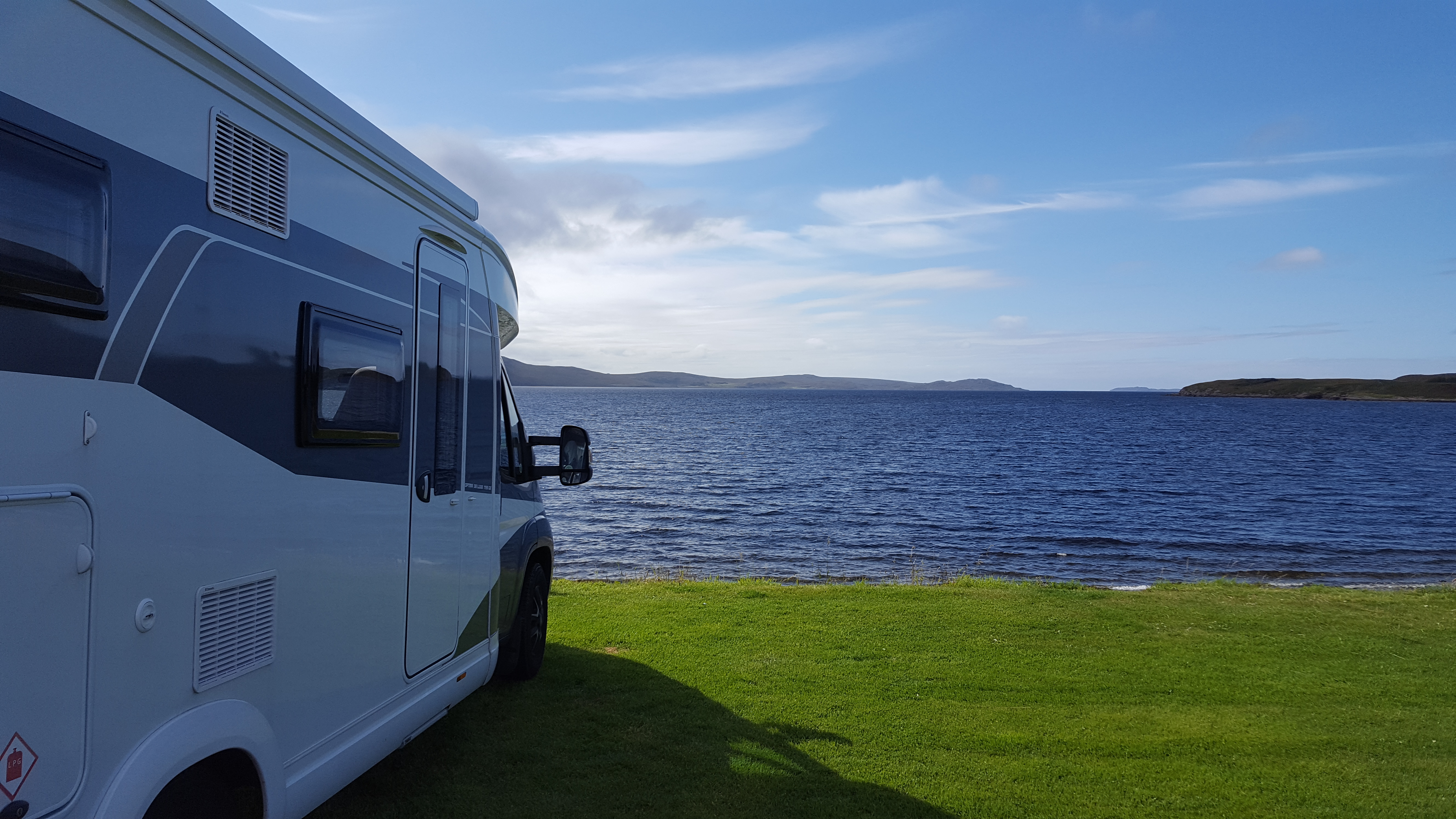 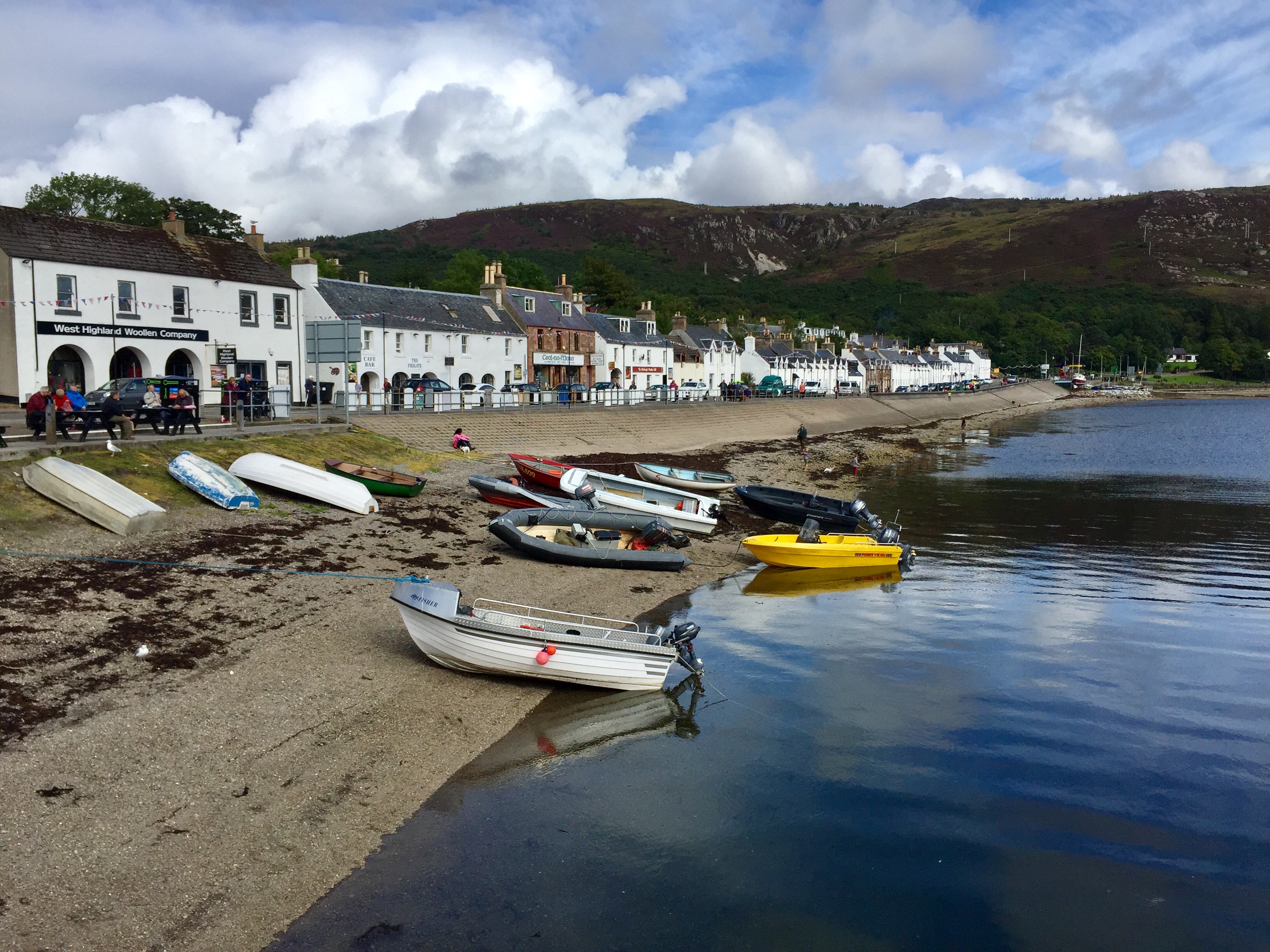 Whilst it was tempting to stay an extra night at Ardmair Point we decided to press on and head up the A894 to Scourie where stayed on the cliff top at Scourie campsite. It was a well spent £20 and we treated ourselves to an evening meal at The Scourie Hotel where I had ‘chicken in a basket’ for the first time in many years. The food menus from the 70’s are the best!

The scenery so far has been breath-taking and The North Coast 500 is living up to expectations. The route is popular with Germans and we have seen plenty of other motorhomes and convoys of bikers, all of whom are very considerate and gave us a wave when we let them past on the narrow roads.

Tomorrow we will be driving further north and to the northern most part of mainland UK, and this is when we will encounter a lot of single track roads. I can’t wait!