Our 1st motorhome adventure of 2022 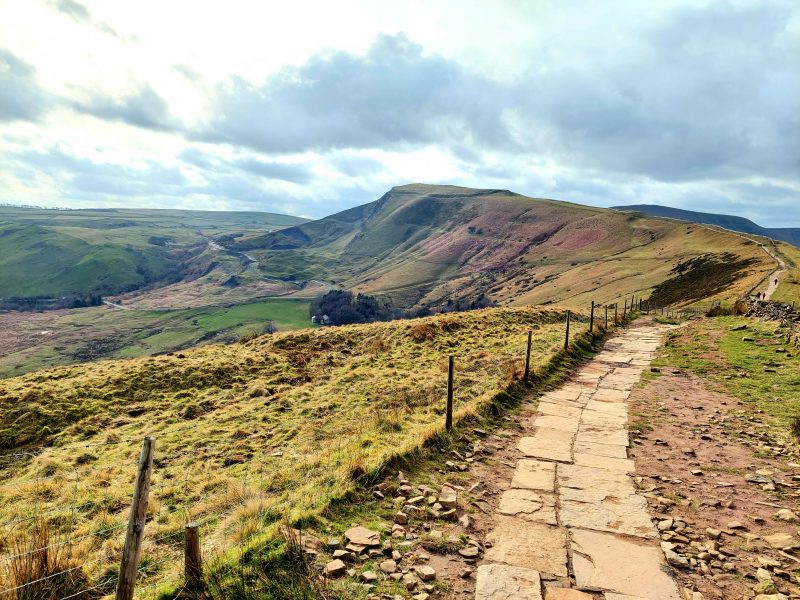 Our first motorhome trip of the new year is always a good one, and also an important one!

We never leave our motorhome too long unused. Motorhomes are expensive vehicles and they need to be used frequently to get the value from them. Also, tyres and engines need to be used otherwise they degrade and you can also get battery problems. It’s also a good idea to check that everything works before taking your motorhome on a longer journey. So, with all that in mind we arrived at our motorhome storage place and the engine started first time – a relief! With some basic essentials loaded we hit the road for the first time in 2022 and headed to the beautiful Peak District for 3 nights.

Castleton, in the Peak District National Park, is always a popular destination for motorhomes and it is booked at weekends for months in advance. The site is in a great location being only 10 minutes walk from the picturesque village of Castleton. We had booked for 3 nights and when we arrived I was surprised how busy it was. For a cold February that is impressive! The site is surrounded by beautiful countryside and is well run and maintained.

Castleton Caravan and Motorhome Club site is your typical Club site with decent sized pitches and good facilities. There are many walks in the area but the most popular is Mam Tor and the ridge walk.

A walk up to the summit of Mam Tor will reward you with one of the most dramatic views in the Peak District. At a height of nearly 1,700 feet above sea level there are great views across the Hope Valley and Edale Valley. Mam Tor is not too strenuous, especially if you are parked in the nearby car park but, of course, we took the longer route from the campsite and along the ridge to Hollins Cross and Lose Hill before descending close to the campsite. What should have been a 5 mile walk turned out to be 8 miles and by the end my right knee was painful and I was glad to reach The Cheshire Cheese pub for a well earned pint of cider! I had injured my knee on our last motorhome trip to Anglesey and it had only just recovered so I hoped the problem wouldn’t recur, but I survived and after a refreshing drink and a pub meal I was soon feeling like it was well worth the effort. For more information about the circular walk of Mam Tor see the National Trust link here.

Things to do in Castleton

Walking is not the only thing to do in Castleton as there is plenty of history and interesting places to visit. The entrance to the awe-inspiring Peak Cavern – the largest natural cave entrance in the British Isles – is only a short walk from the village. The Blue John Cavern in Castleton is world famous. Blue John stone has been mined here for centuries and there are many shops selling the stone in Castleton. For more information about the Blue John Cavern click here. If you are feeling energetic you could walk the steep path to the imposing ruins of Peveril Castle. William Peveril, keeper of the Royal Forest, established the castle soon after the Norman Conquest of 1066. King Henry 2 added the castle keep in about 1174. In 1086, Domesday Book mentions ‘William Peveril’s castle of Pechesers’ (‘Peak’s Arse’, the medieval name for Peak Cavern).

If you like historical churches then a visit to St Edmund’s church in Castleton is a must. The church is dedicated to Saint Edmund, King of East Anglia. He was martyred after his defeat by the Danes in AD 869. The church dates back to the 12th century at least and features an original Norman arch.

Places to eat in Castleton

After an 8 mile walk, which included Mam Tor, we needed liquid refreshment so we headed for the nearest pub, the 17th century Ye Olde Cheshire Cheese Inn and downed two pints of cider and ended up having a hearty meal there too. There are several other pubs in Castleton and also a few good cafes. There are also several car parks in the centre of Castleton village but if you own a motorhome it could be tricky finding somewhere to park.

Overall, this was a good first outing despite some cold weather but as motorhomers all know, it is very warm and cosy in a motorhome!