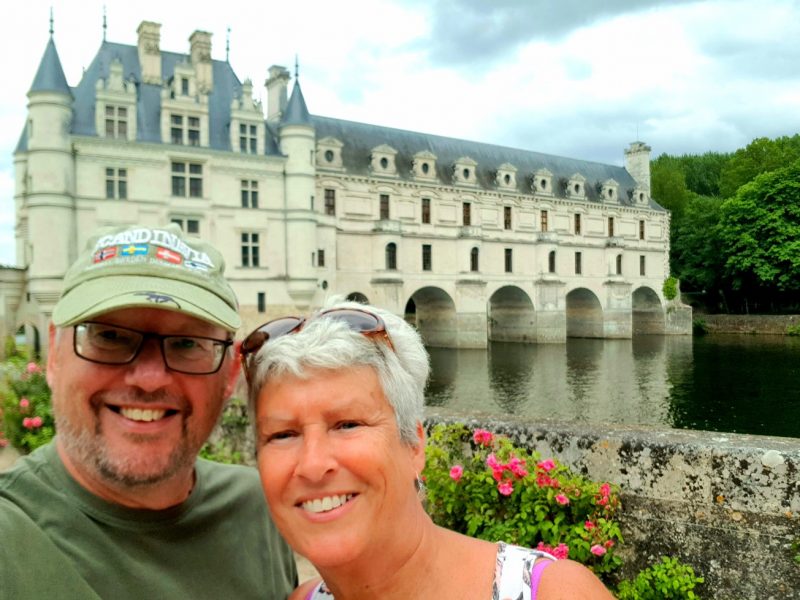 Once in a while we all visit somewhere that is so steeped in history, in such a beautiful location and an incredible piece of architecture that the place leaves a lasting impression on you – such a place is Château de Chenonceau.

After consulting my trusted Camper Contact app. I decided the best place to stay near to the château itself was Camping Le Moulin Fort, and it turned out to be a good choice. We arrived without booking and the reception was closed. As often happens in France, there was a note on the door telling arrivals to find a pitch and then go back to reception later when the reception opens. 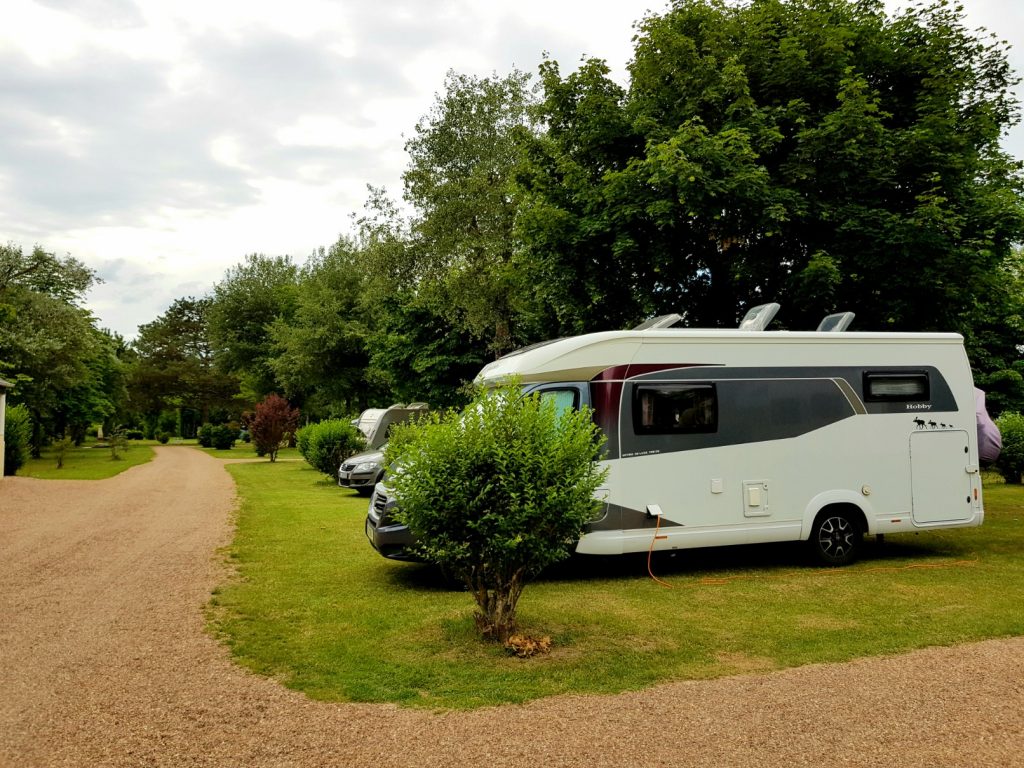 Camping Le Moulin Fort is located on the river and within a 30 minute walk of the château. There are plenty of dedicated cycling routes around here too. The campsite is in beautiful countryside and it felt like we were staying in the grounds of a stately home. The only negative is that the toilets and showers are in need of renovation so we used our own onboard facilities. Camping Le Moulin Fort is in the ACSI book and cost us €18 per night. There is a free aire about 2 miles down the road but we opted to stay within walking distance of the famous château.

Located on the River Cher in the Loire Valley Chenoncea is over 500 years old and is known as The Ladies Château because it has been owned by a succession of women who protected, restored and saved the building. In 1547 King Henri 2 gave the château to his favourite lady, Diane de Poiters (1499-1566) who created the spectacular gardens and the famous bridge over the river. 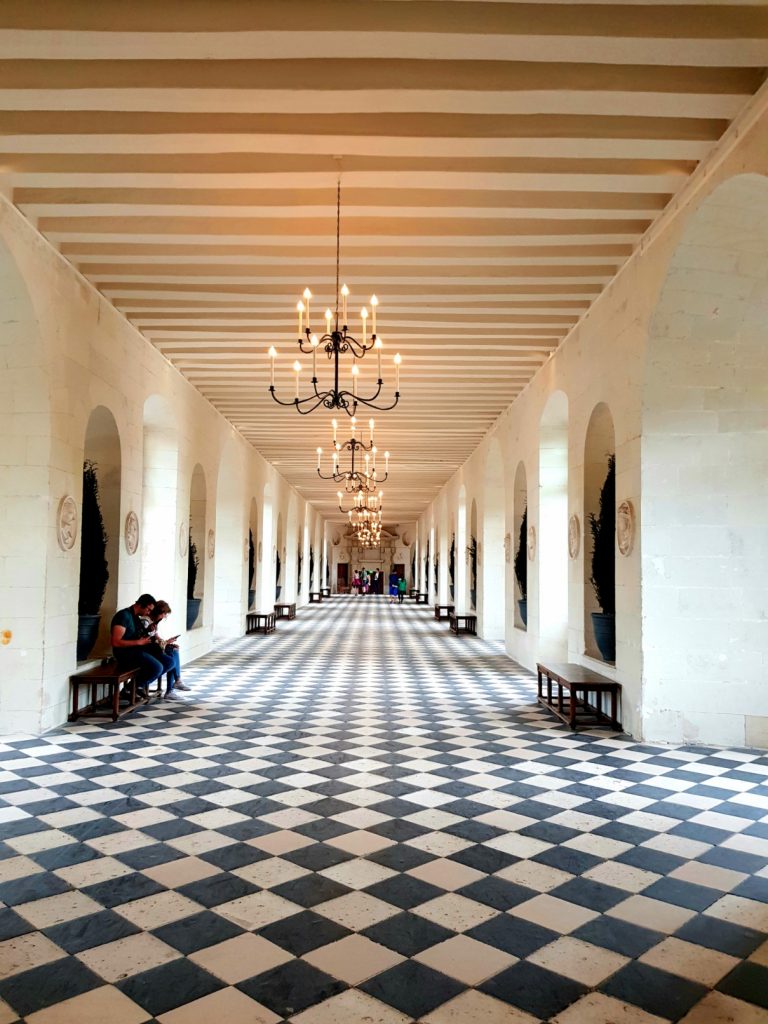 The Gallery at Château de Chenonceau.

When Henri 2 died, his widow, Catherine dé Medici (1519-1589) removed Diane and made her own changes to the Château. Four other women over the years were involved in its restoration including Louise Dupin (1706-1799) who managed to save the château during the French Revolution. 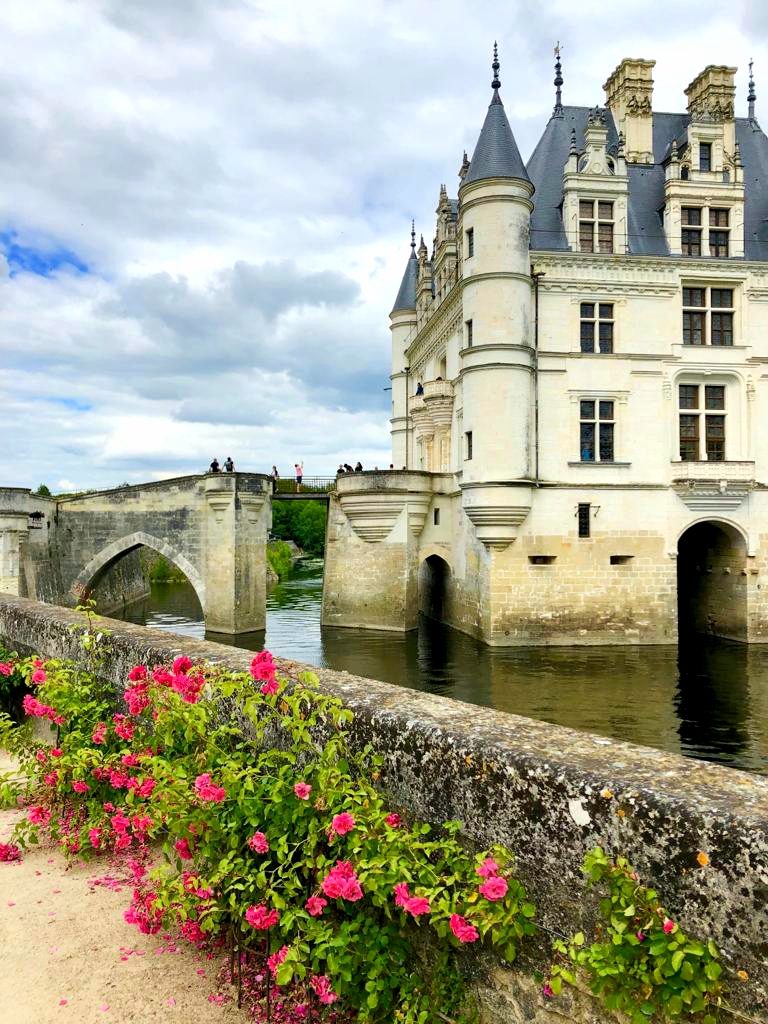 So, after that little bit of history, how did we rate Château de Chenonceau from a tourist point of view? In one word – amazing! I love seeing how people lived 500 years ago, especially royalty. To be able to see the bedroom of King Henri’s favourite lady, Diane de Poiters, just as it was, is fascinating. In the basement of the building the kitchens are just how they would have been hundreds of years ago and you can still see the water pumps used to obtain drinking water from the river. 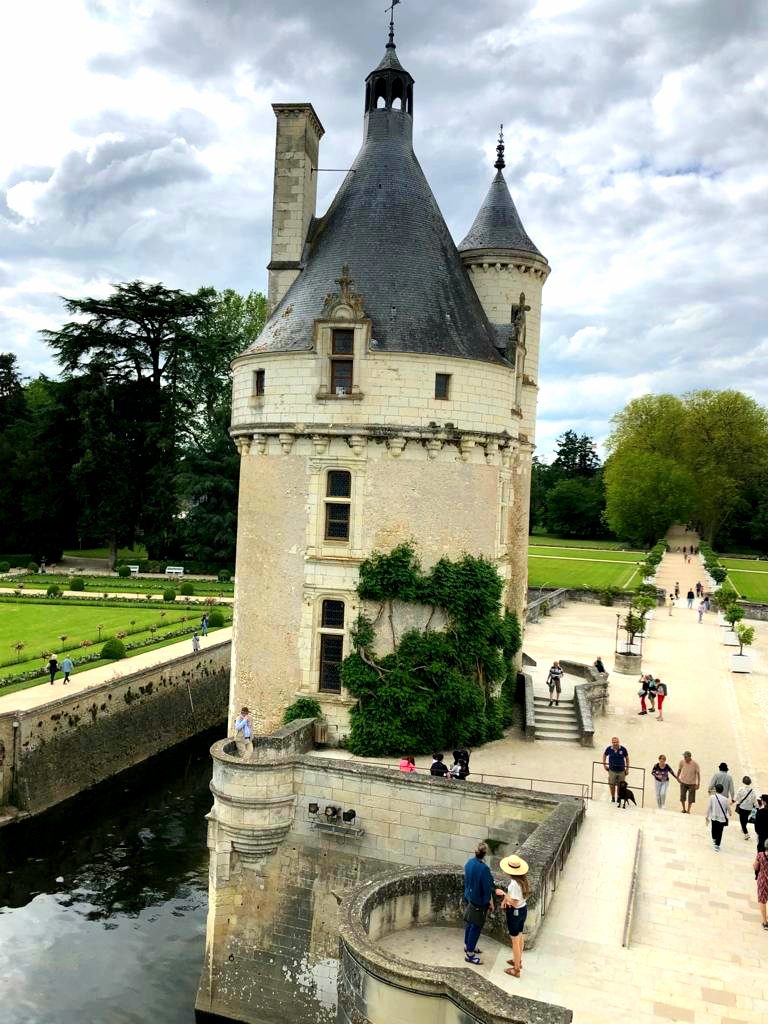 One of the most striking views of the château is from the terrace and gardens near the river. It’s from here you can see the stunning arches over the river.

The colourful gardens were teeming with visitors from all over the world, many filming and taking photos from every possible angle.

Château de Chenonceau is the second most visited castle in France with 1.3 million annual visitors. It is surpassed only by the Palace of Versailles.

We have visited several other castles in the Loire valley. See our Loire valley guide here. 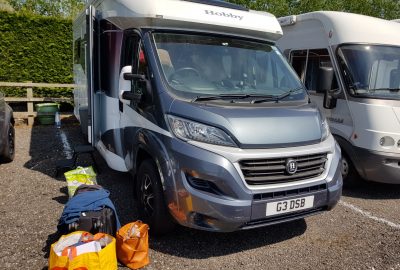