Portugal in a motorhome

The cliffs at the end of the world – Sagres, Portugal

The  cliff top walk at Sagres in Portugal is known as the ‘walk at the end of the world’. Sagres is the southern most point of Portugal and it does have an ‘end of the world’ feel about it. Dramatic cliffs rise 200ft above the sea and it’s not hard to imagine that in days gone by many ships were lost on the rocks in this area. 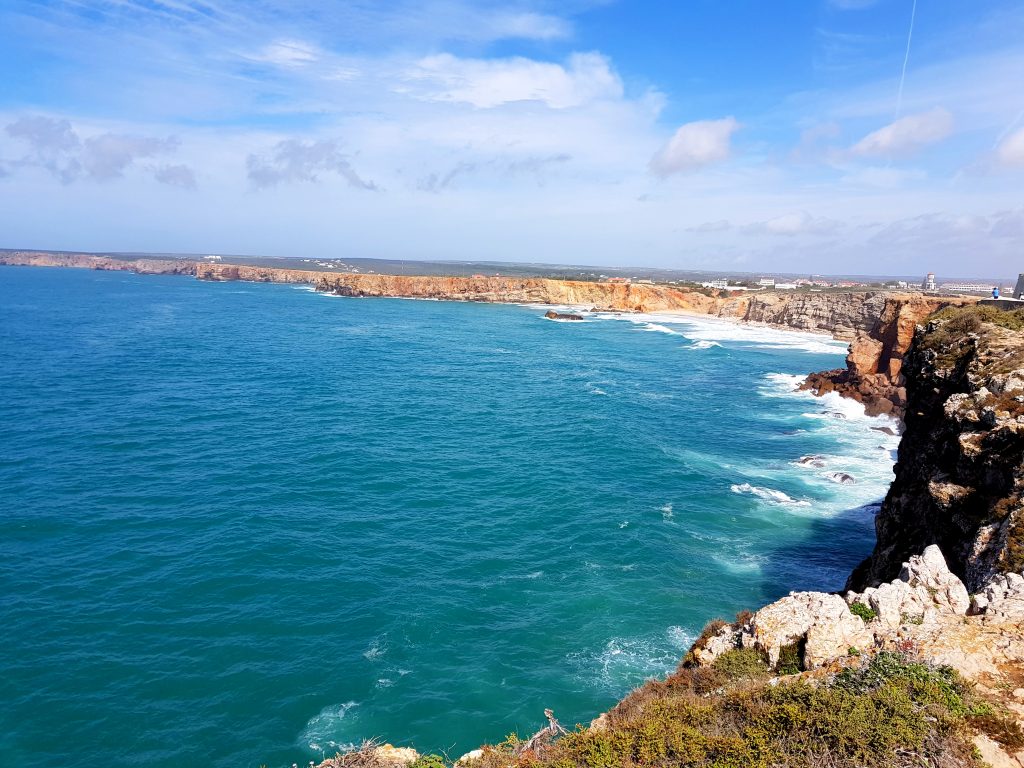 The cliffs at Sagres, Portugal

Henry the Navigator, a Portuguese prince, regarded as the founding father of the so called Age of Discovery, and the Atlantic slave trade in the 15th century, sailed  from these shores.This was when this small country explored the globe and established colonies stretching from Brazil to China. This part of The Algarve was prone to attacks by pirates and invasions so the Portuguese established a natural fortress at Sagres.

The Sagres area was also affected by the Lisbon earthquake of 1755. This earthquake measured 9 on the Richter Scale and is thought to be the strongest earthquake ever on planet Earth. The subsequent tsunami affected much of northern Europe and it is said that the waves from the tsunami reached the top of the 200ft cliffs at Sagres.

Cape Sagres is the place tourists visit to see the fortress at Sagres. There is a large free car park and a good area for motorhome parking. The fortress at Cape Sagres is not a normal fortress. It’s basically a wall with a gate. The fortress is the 200ft cliffs on three sides. It costs 3 euros to access Cape Sagres and it’s possible to walk around this cliff top peninsula which has amazing views. There really is an end of the world feeling about Cape Sagres. The views out to sea are outstanding and the next land westwards is the USA, over 3,000 miles away. It’s easy to see why early explorers thought the earth was flat and they would sail off the end of the earth. 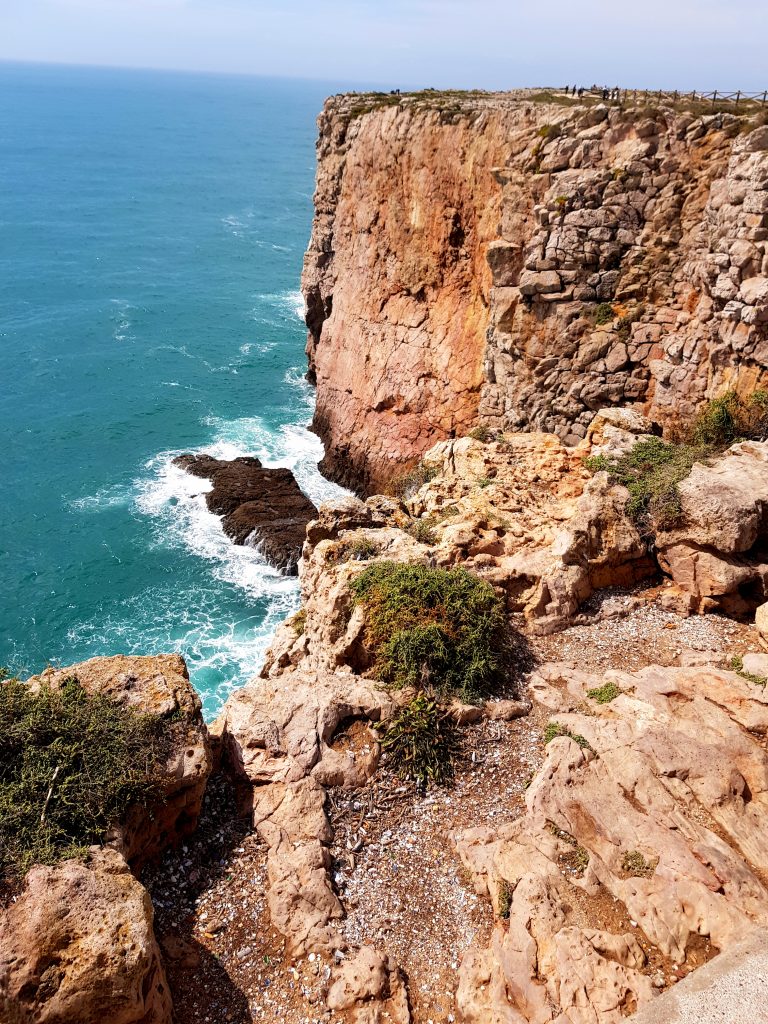 I don’t have a problem with heights but I draw the line somewhere. The reason I say this is because the cliffs at Sagres are used by local fishermen. It is not unusual to see fisherman at the coast but I have never seen fishermen perched on a cliff top 200ft above the sea. Falling off the cliff would mean almost certain death and several of these fishermen are killed by cliff falls every year. Despite the risk there are dozens of these fishermen standing inches from the sheer drop with seemingly not a care in the world. I’m surprised that the authorities don’t stop these fishermen but that’s probably because I’m from a health and safety obsessed UK where this activity would definitely have been stopped years ago! 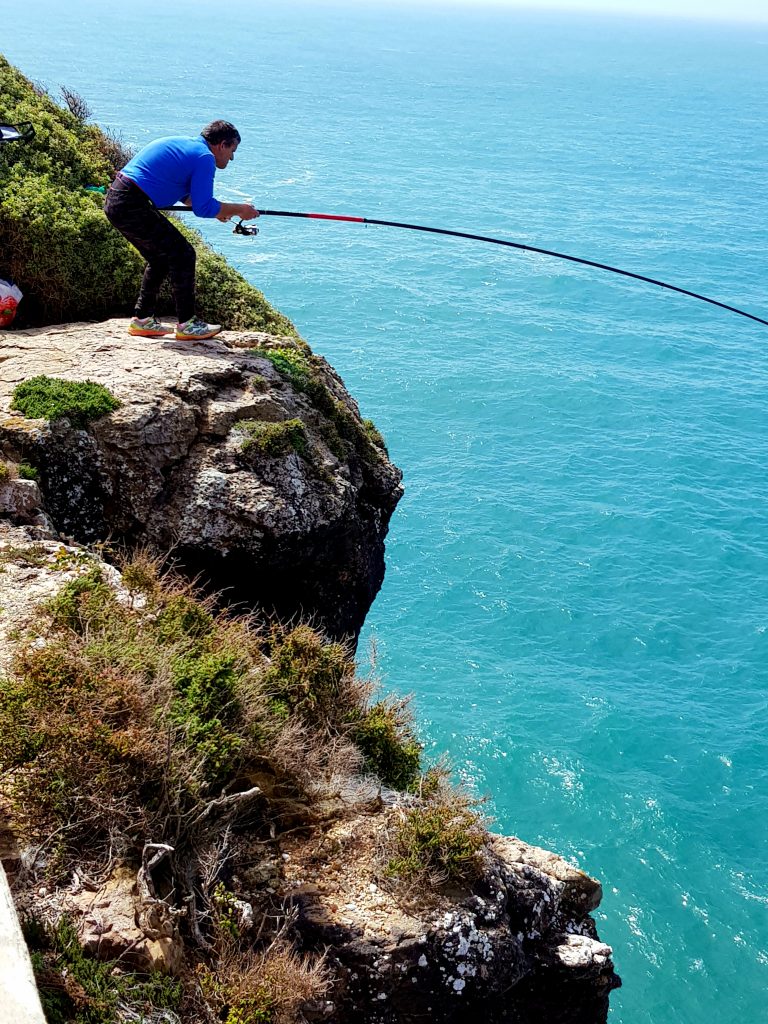 Fisherman on the cliffs at Sagres, Portugal

How to get to Sagres

Sagres is located at the far western end of The Algarve in Portugal. The A22 toll motorway goes as far as Lagos and then you take the N125. Keep going straight through the town and you can’t miss Sagres fortress. To avoid toll motorways just follow the N125 which runs parallel to the motorway, all along The Algarve.

Where to stay in Sagres

There are several hotels in Sagres. We visited the very stylish and elegant Pousadas de Portugal hotel at Sagres and had lunch sitting by the swimming pool with amazing views over the cliffs. 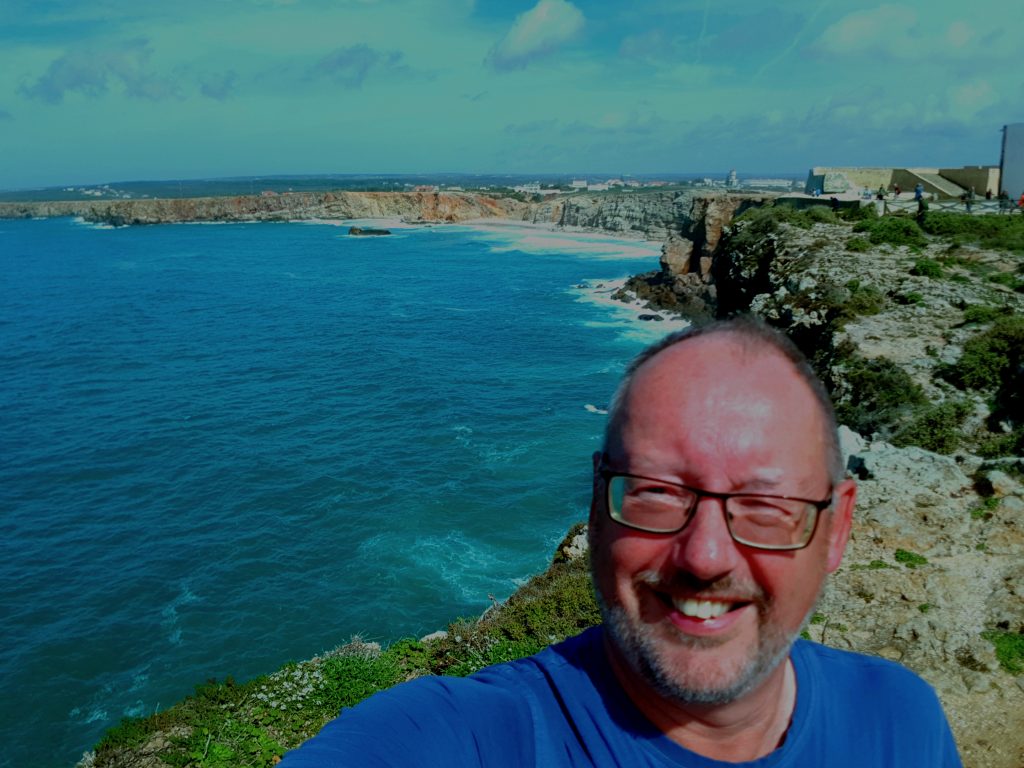 On the 200ft high cliffs at Sagres 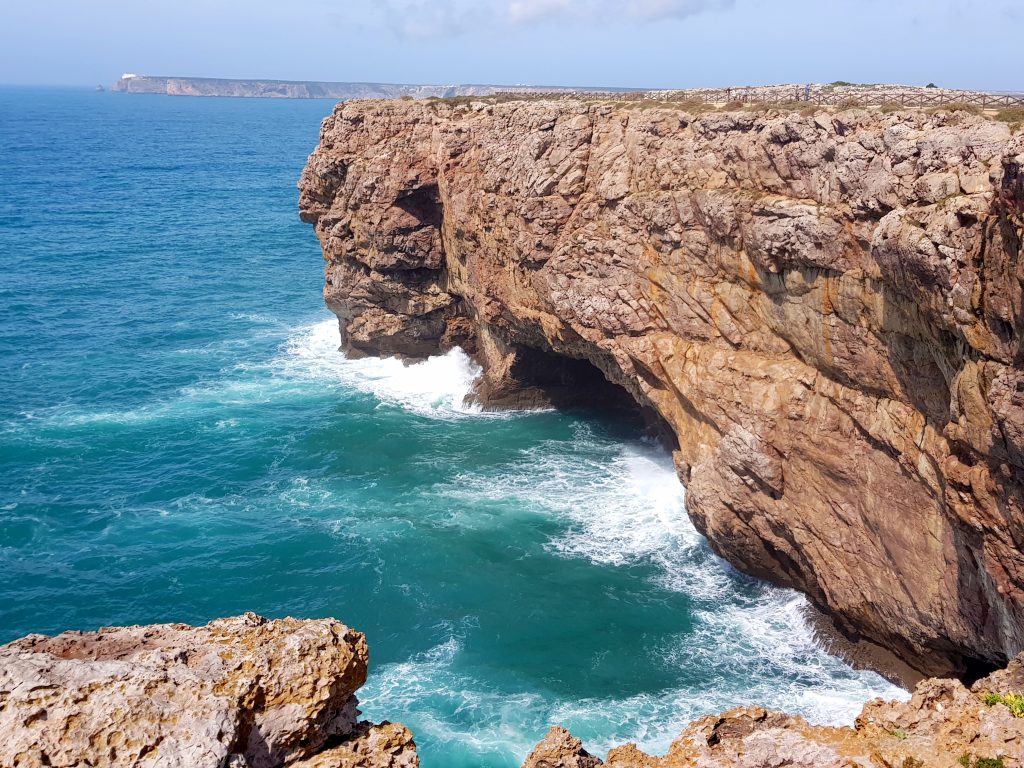 The cliffs at Sagres 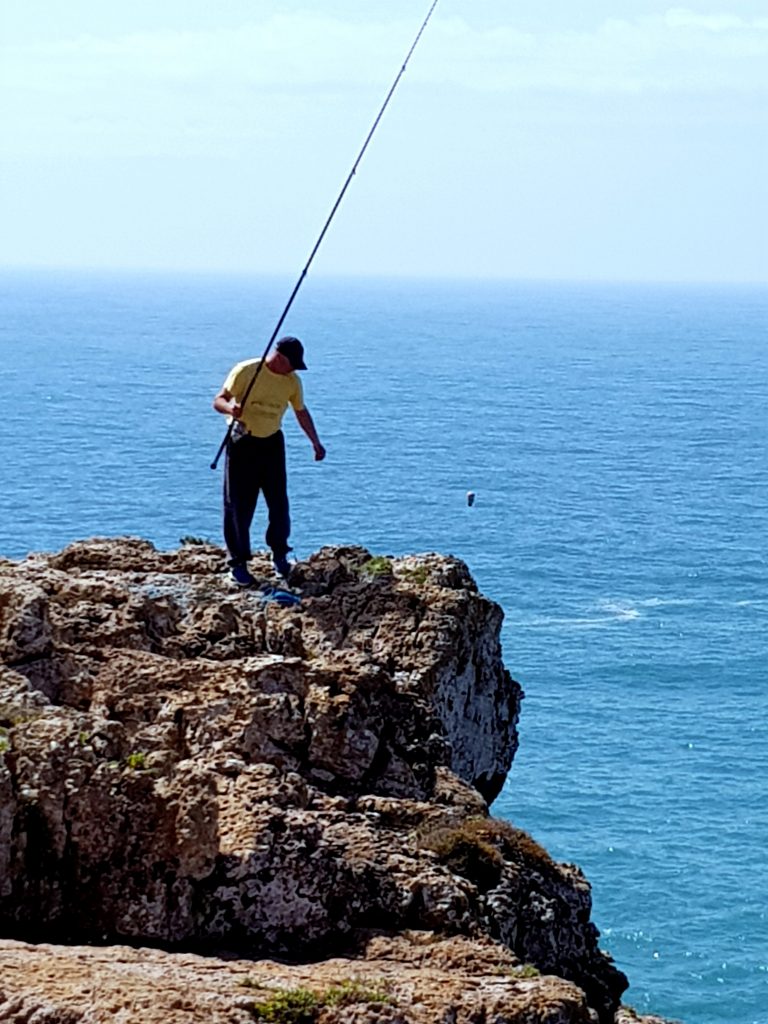