Visiting Granada and Cordoba in a motorhome.

Visiting Granada and Cordoba in a motorhome is not a daunting experience. There are limited places to park a motorhome in Granada itself but if you intend to visit the amazing Alhambra I would not recommend parking in the Alhambra car park because it costs about 28 Euros. Instead, we spent 3 nights at the campsite at Reina Isabel, which is a 15 minute bus ride to the centre of Granada and costs 1.50 Euro per person one way.

We had driven up the spectacular A44 motorway from Motril and the sat nav, for once, took us straight to Reina Isabel camping for our 3 night stay. I recommend that you buy tickets for The Alhambra in advance because it gets very busy. Booking tickets for the Alhambra is an easy online task, once I had found the official website, and I managed to book two tickets for a 10am start the next day. Tickets were about 14 Euros each and included visits to the Alcazaba and the Palacios Nazaries. The Alhambra, a stunning Moorish palace and fortification is Spain’s most visited monument but I was surprised just how busy it was considering it was February when we visited.

The Alhambra had a wonderful backdrop of the snow topped Sierra Nevada mountains. The views over the city of Granada are excellent. Anne also persuaded me to part with another 19 Euros for the tourist train which turned out to be a bone rattling ride over most of the narrow cobbled streets of the city. 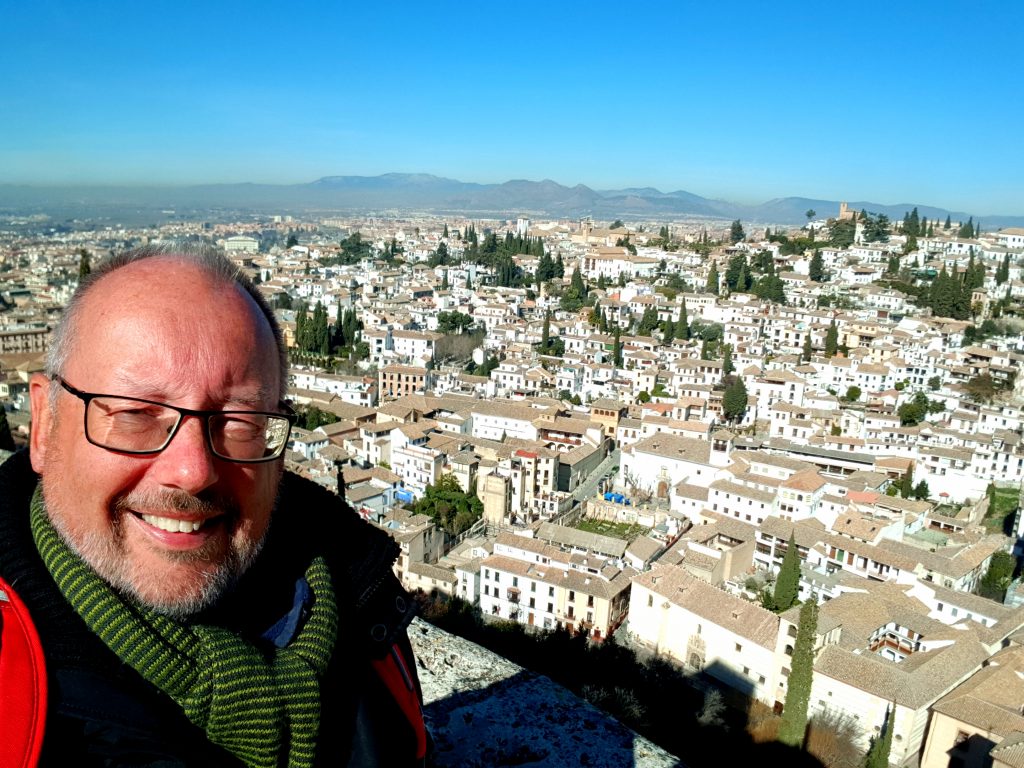 David Brice at The Alhambra, Granada

So far on this trip we have spent very little on tourist attractions but Anne was keen on the tapas and flamenco tour that the campsite was offering us. At €55 each it was not the best value for money but at least there was a mini bus to transport us there and back, and the entertainment was actually very good. 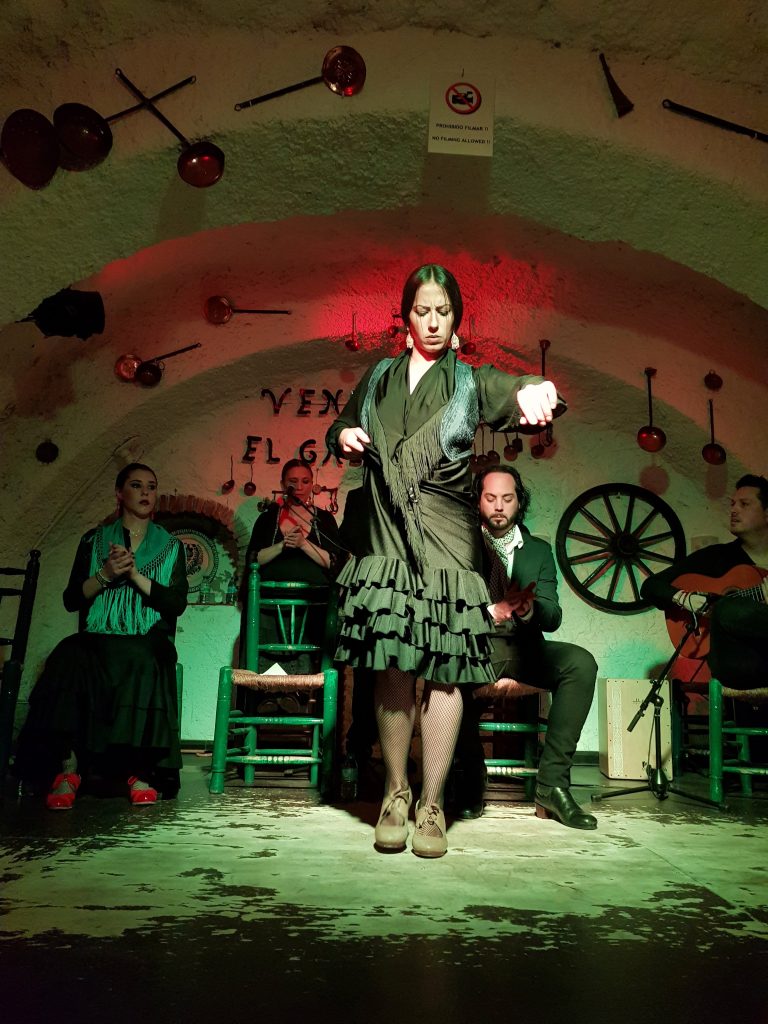 Flamenco and tapas show in Granada

After 3 nights in Granada we headed west following the A92 towards Antequera and then north on the A45, a non toll dual carriageway. There is a new motorhome aire in the centre of Cordoba. It’s on sloping ground and it has a French style borne and a drive over grey waste but the main benefit is that it’s only a 10 minute walk to Cordoba old town. Cordoba has plenty of historical buildings to keep visitors occupied. The main attraction for us was the mosque cathedral of Cordoba. It’s not often that I walk into a building and the hairs on the back of my neck stand on end but that’s exactly what happened when I walked into this incredible building that was once a mosque but became a cathedral in 1146. This building is a testimony to the ancient alliance of art and faith. Its Islamic architecture, with Hellenistic, Roman and Byzantine touches, comes together with Christian architecture to create one of the most beautiful examples of its kind. This building has been etched by men of different religions and cultures throughout history and truly is a remarkable creation. It costs €10 to visit the Mezquita Catedral De Cordoba and it is open every day of the year. 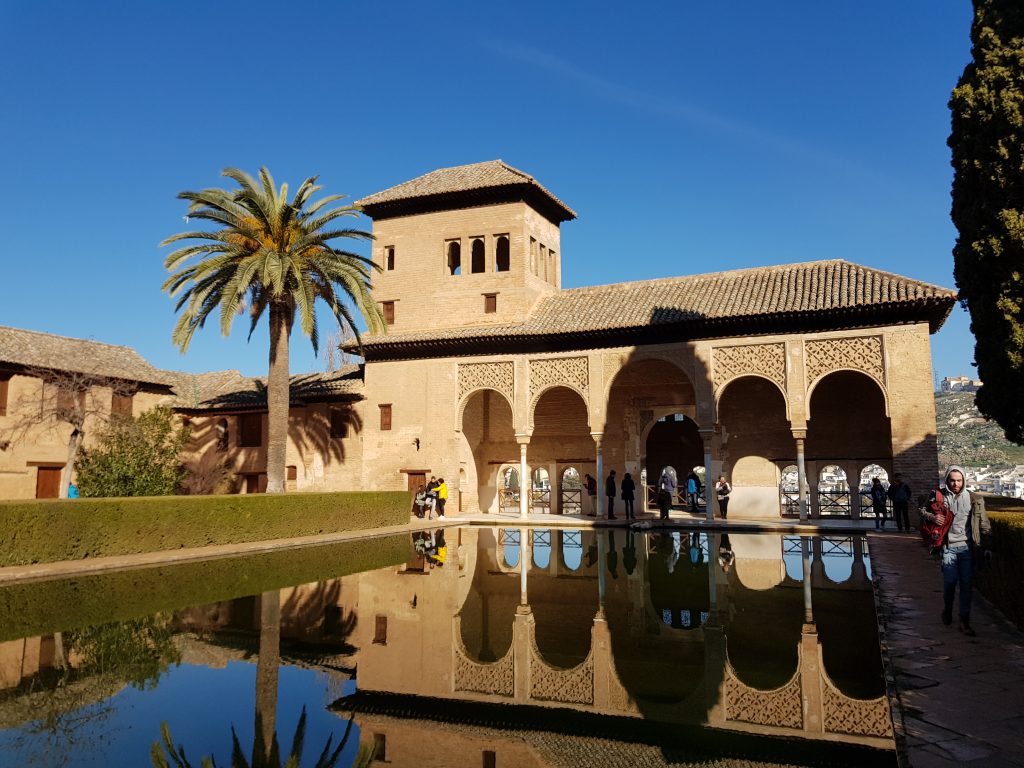 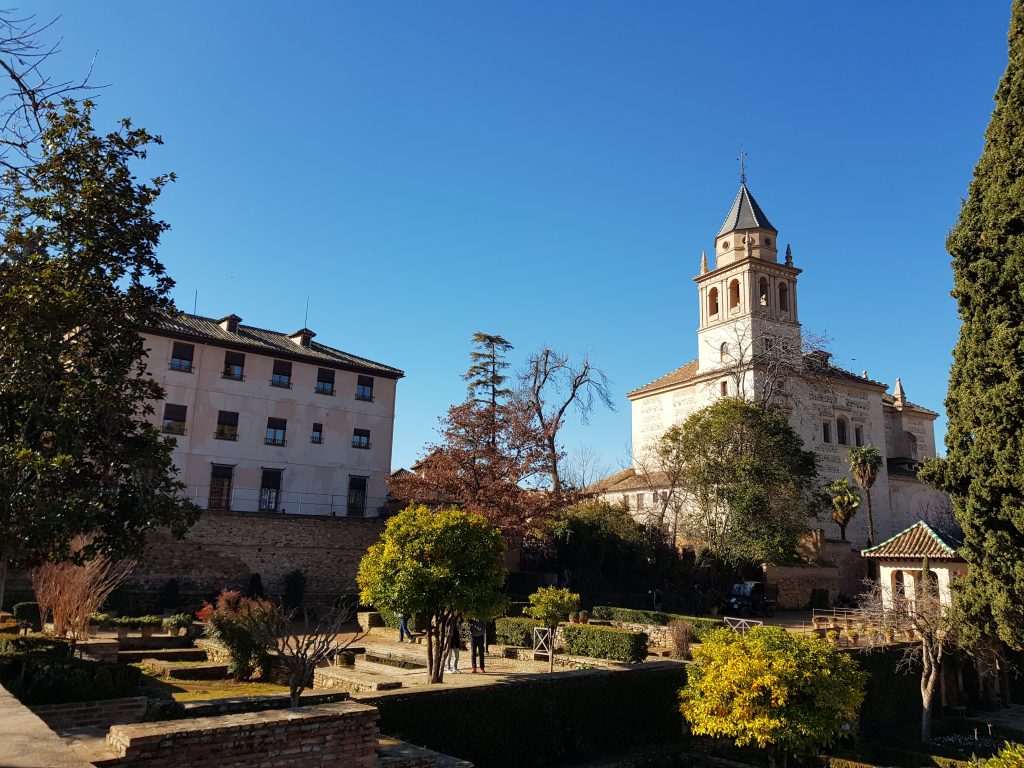 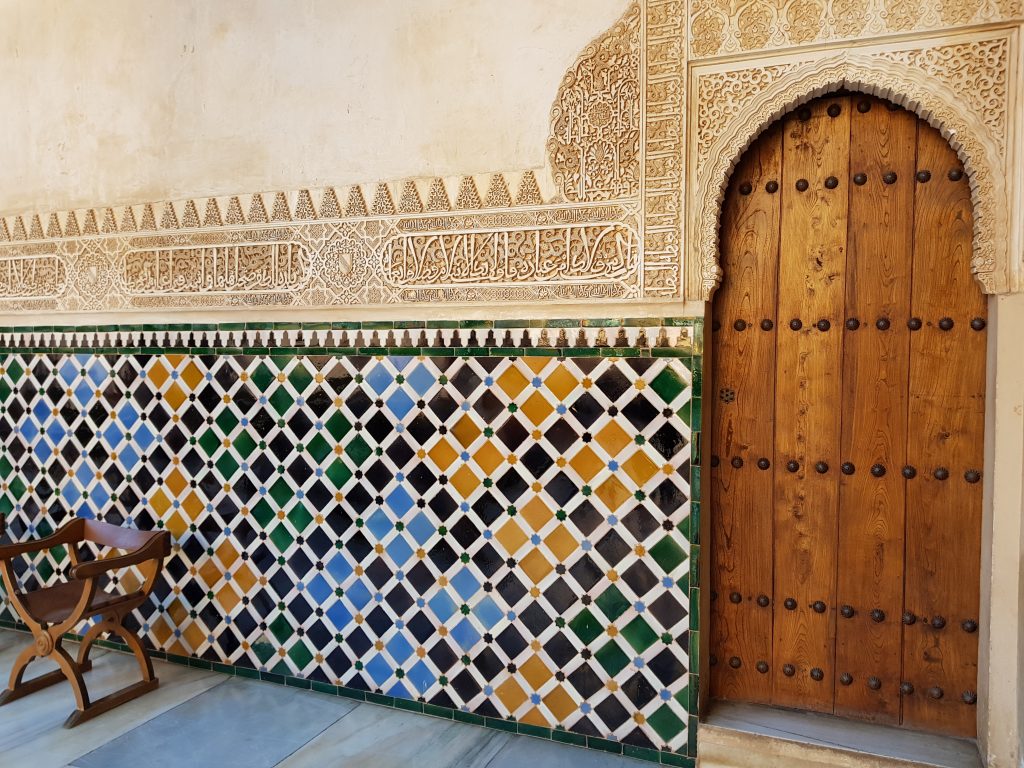 Beautiful door at The Alhambra