Visiting incredible Ronda in a motorhome

After visiting the unique landscape of El Torcal National Park we drove back along the mountain road to Antequera where we missed the turn off for the ring road and ended up having to drive our motorhome through the narrow streets of Antequera, the thing I didn’t want to do!   Also as we entered the white washed hill top town we got confused over the road directions to Ronda and ended up driving 3 times around the same roundabout and still ended up taking the wrong road!

Eventually, finding the correct road, we headed towards Ronda, a town famous for the bridge over a deep gorge. The A367 road to Ronda winds through the very scenic Serrania de Ronda mountains and empty reservoirs, but we didn’t see any places to stop to take photos, which is a shame because the scenery is amazing.

Our sat nav, surprisingly, took us without further problems straight to the motorhome aire we wanted in Ronda. This motorhome stop costs 10 Euros per night without electricity and has good free WiFi. I was impressed with the motorhome aire in Ronda. The aire is well lit and secure. It’s fairly flat and an easy 30 minute walk to the famous bridge.

I have wanted to visit Ronda for several years. It’s one of the oldest cities in Spain and has Roman and Moorish influences but it’s the bridge that connects the old and new parts of Ronda, that’s built over a deep gorge, which draws the tourists. Walking over the bridge and looking into the 120 metre chasm below is worth the visit to Ronda itself but I would also recommend that you walk down the rough path at the side of the bridge which gives you incredible views from below the bridge. The previous bridge to this one collapsed and killed 50 people who were working on it at the time! The new bridge, Puente Nuevo, took 42 years to build and was finally ready in 1793. 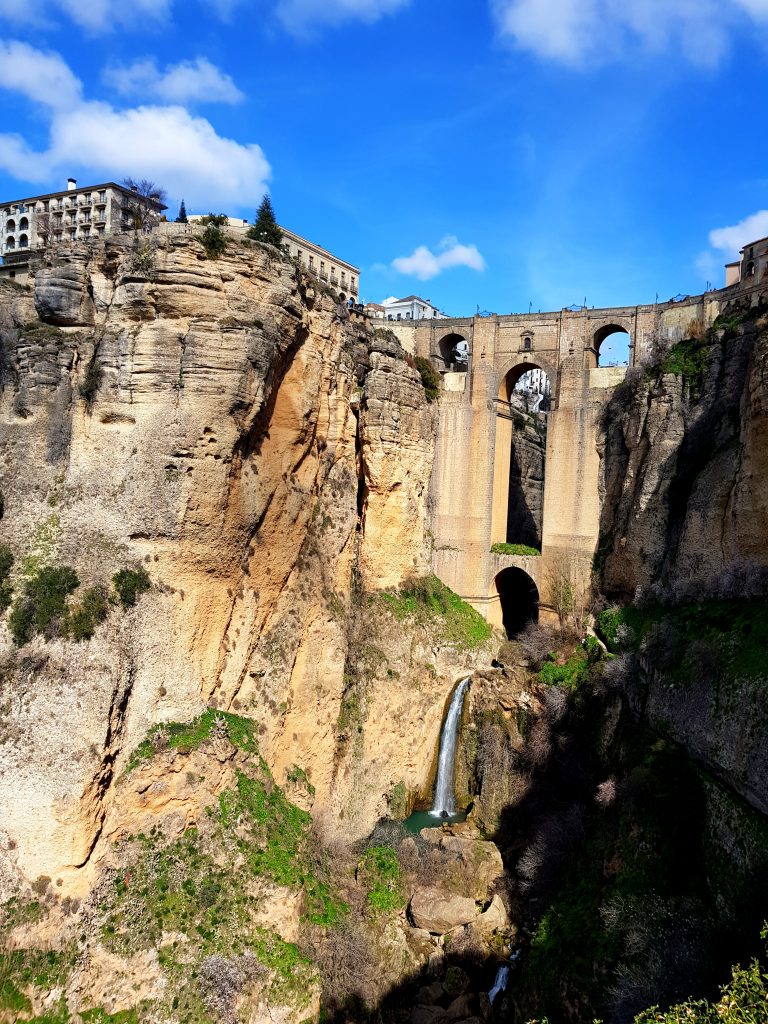 The amazing bridge at Ronda, Spain

A walk around the old town is a must and there are plenty of cafes and restaurants including ones that charge extra for a view! There are museums and many places of interest to keep you going at least 2 days.

Recognised as the first purpose-built bullring in the world, the Ronda bullring is considered the most picturesque. The first bullfight took place in 1785 and whatever your views on bull fighting it’s worth paying the 7 Euros entrance fee because of its architecture and history. I found it fascinating to stand in the middle of the bullring and trying to imagine what it must have been like to be a matador. 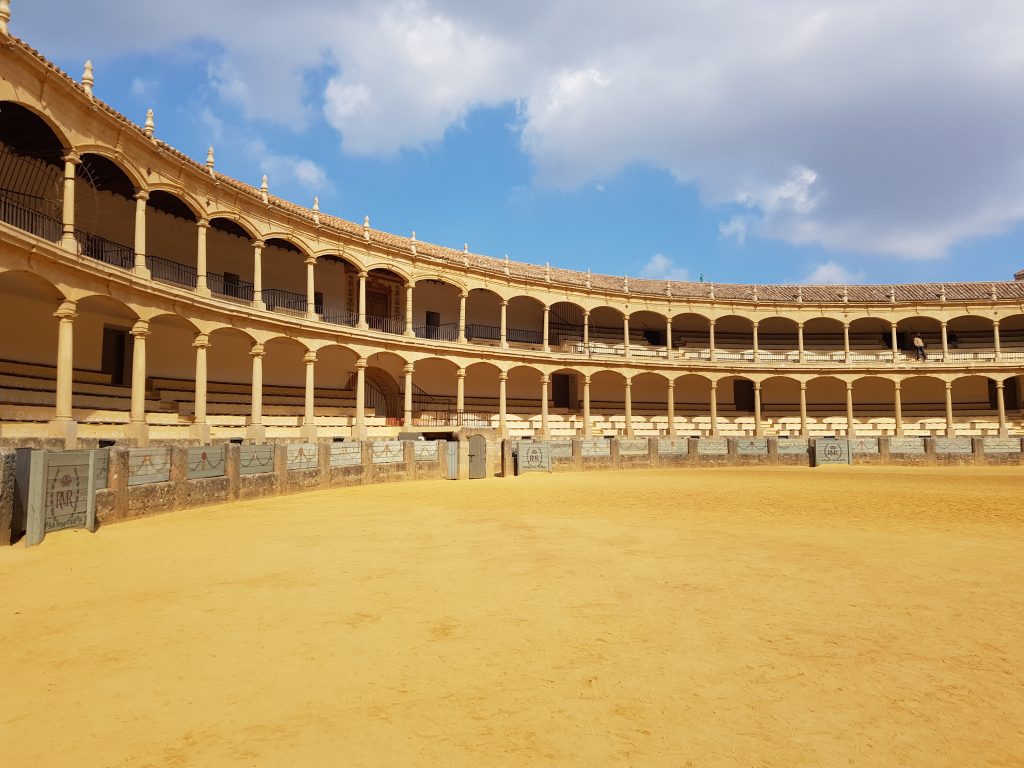 Whether you own a motorhome or not I would highly recommend a visit to Ronda. In my opinion it’s one of the wonders of the world! 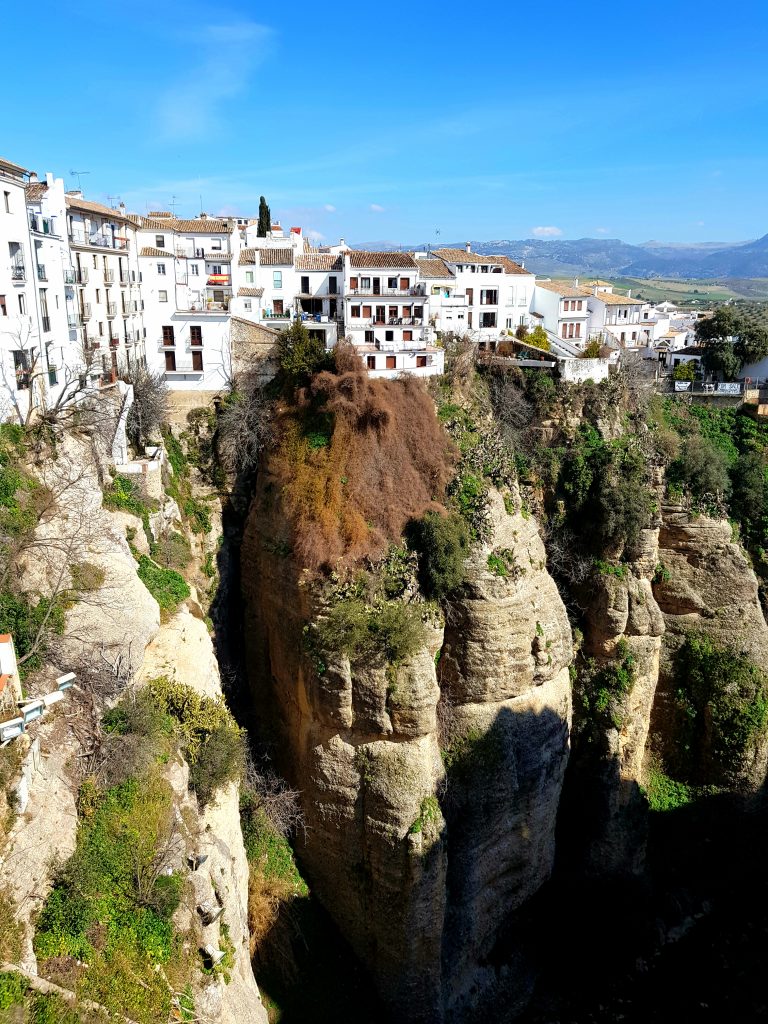 The 120 metre deep gorge at Ronda 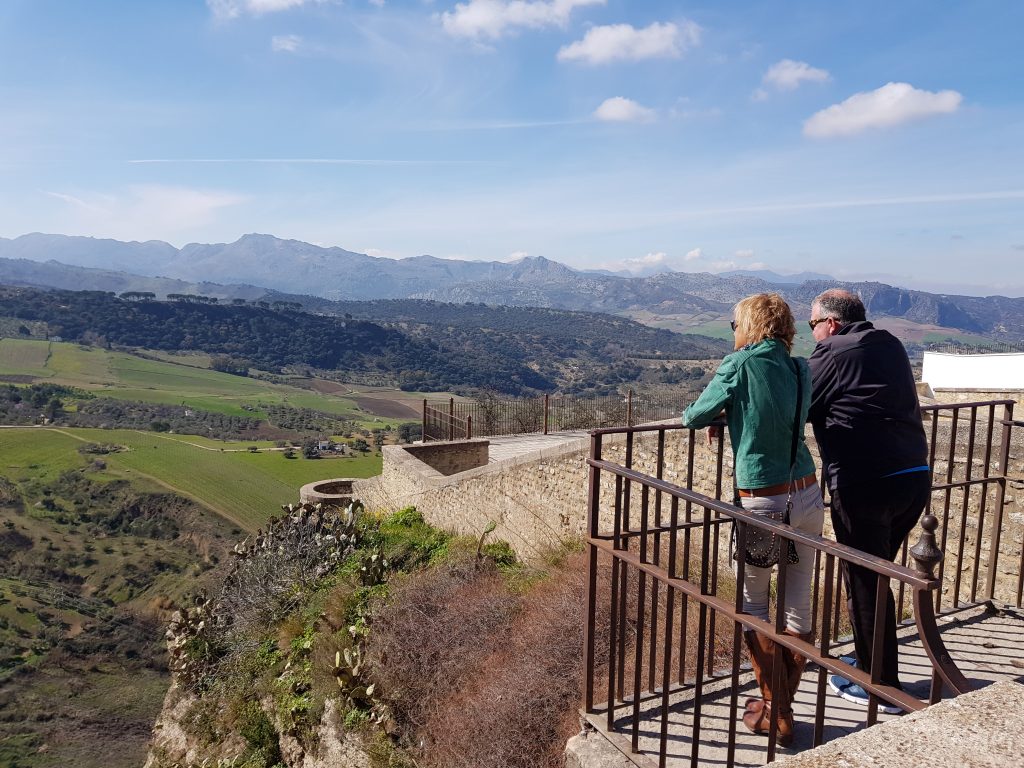 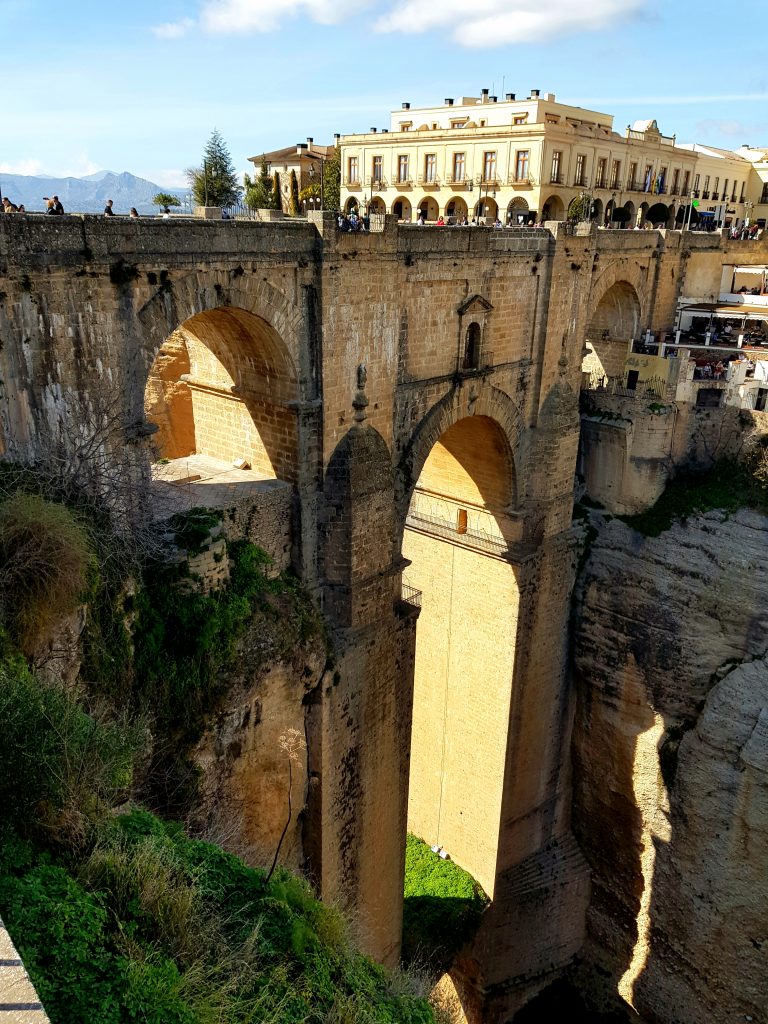 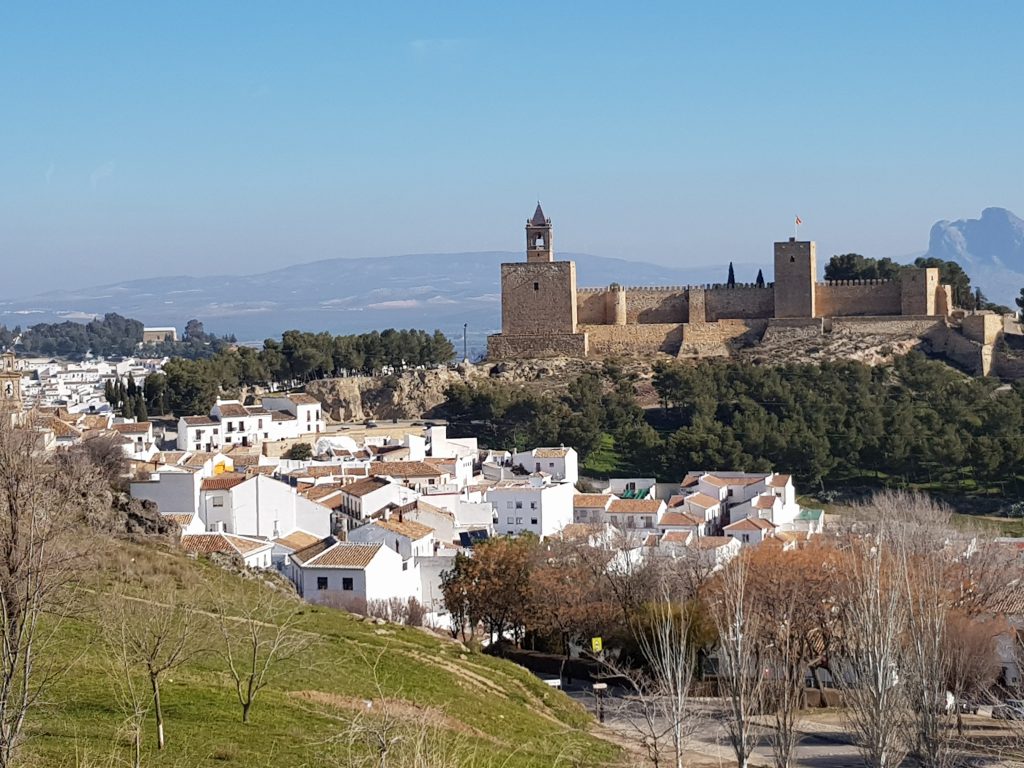 The town of Antequera, Andalucia, Spain