Over the Gironde to the wild west coast 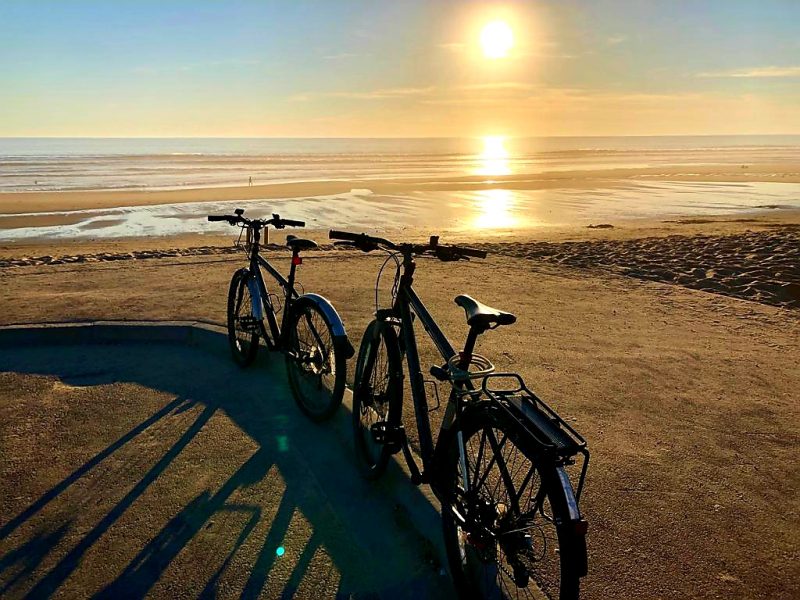 Taking a motorhome on the ferry across the Gironde estuary from Royan to Le Verdon sur Mer costs about €50. It takes 20 minutes to cross the fast flowing tidal currents in the Gironde from the busy holiday town of Royan.

Arriving on the other side is a complete contrast to commercialised Royan. This area is the Aquitaine area of France and stretches all the way south to the Spanish border, the largest city being Bordeaux. This region is, of course, famous for Bordeaux wines such as Medoc.

The coast line is virtually one enormous stretch of beach most of which is uninhabited by people and popular with surfers. Pine forests stretch for miles and cycle tracks are plentiful too.

There is a good motorhome aire at Verdun sur Mer that we have used on previous visits. The aire is called Aire plage de la Chambrette and costs €10.60 a night. It’s 50 metres from a good beach where you can watch ships sailing down the river to Bordeaux. There is also a good beach bar and restaurant.

Our destination on this part of our journey was the small town of Montalivet les Bains, where there are at least 2 motorhome aires and several campsites. It’s a sleepy town with a population of only 2,500 people but during July and August the population swells to about 30,000. The town lies between a huge pine forest and the Atlantic Ocean. It’s got a 12km beach, plenty of cafes, bars and restaurants and a huge market that takes place daily. 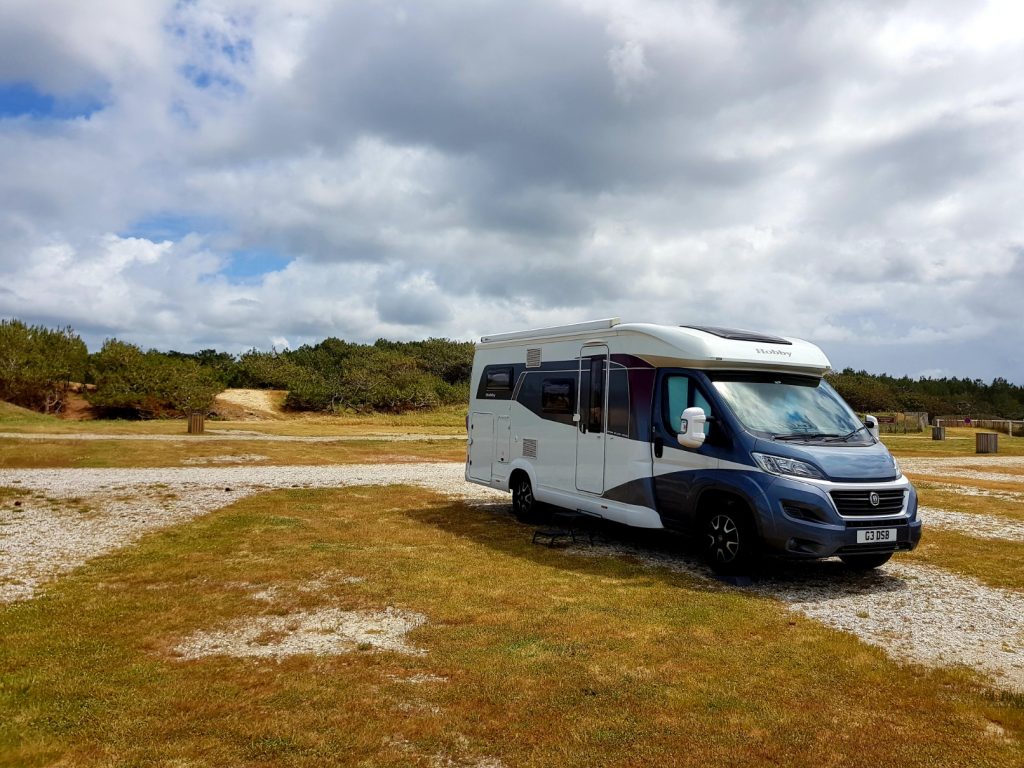 Montalivet motorhome aire is 50 metres from the beach.

Arriving at the motorhome aire at the beach we found it deserted, so could choose the best place to park. Last July when we were here the place was very busy and we were surprised just how quiet it was, that is until the weekend which turned out to be a national holiday when suddenly many motorhomes appeared, only to leave again on the Monday. Pitches cost €12 a night and the aire is behind the sand dunes and 200 metres fron the town centre. 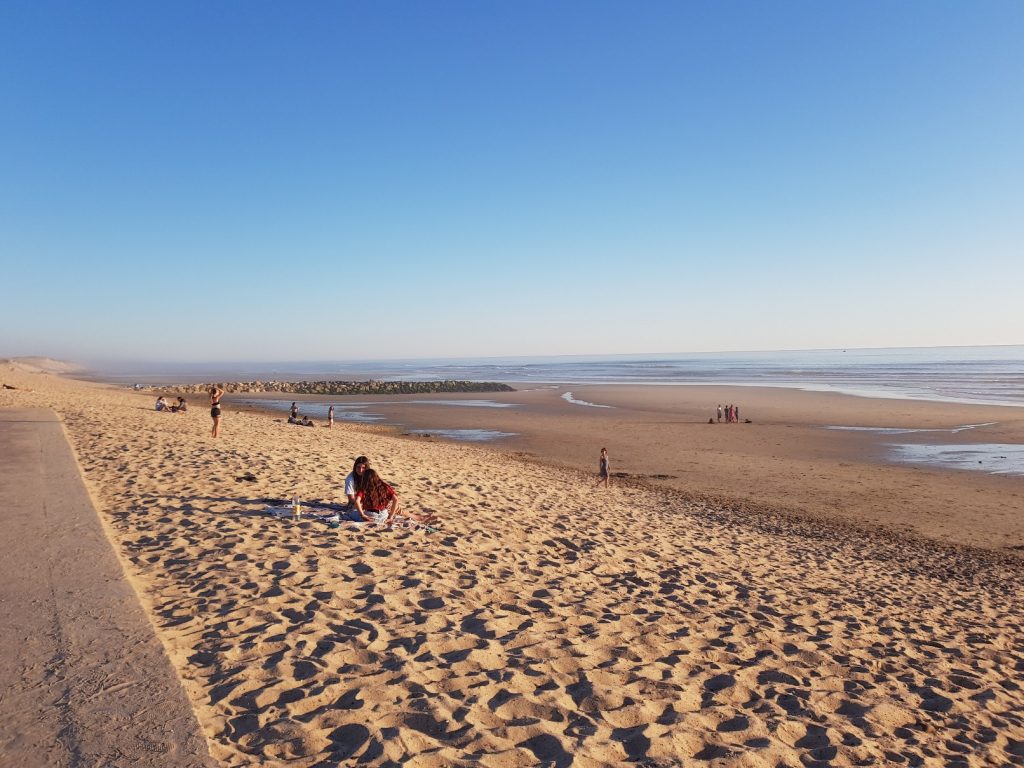 The wonderful beach at Montalivet, France.

That evening we headed off for a meal in one of the many restaurants only to find them all closed! There was only one restaurant open and as we ventured inside, the owner having a smoke with friends, greeted us and said we could choose a table. Easy, as all the tables were empty! The menu was written on a large whiteboard on wheels and as he was bringing it over to us to look at he crashed it into the wall knocking a picture off with the glass flying all over the floor. We quickly named the man Basil Fawlty but as it turned out the food was very pleasant and we did have a seaview.

We shared this hanging beef on a rack dish

Our 2nd attempt at a resaurant meal out was more successful, as all the restaurants opened at the weekend. The weather was sunny and a warm 25c and we spent a few days at Montalivet on the beach and cycling on the local cycle paths.

In December 1942 the submarine HMS Tuna surfaced off the coast near Montalivet and 10 brave commandos launched kayaks in an operation to paddle down the Gironde river to place limpet mines on German ships at Bordeaux, in Nazi occupied France. Eight of these men never returned and there is a memorial at Montalivet to commemorate the event.

The temperature plummets and the rain arrives

After a week of warm sunny weather we had a shock to the system when we woke on Wednesday morning to heavy rain and a temperature that barely rose above 14c all day. On our way to our next destination we stopped in the rain at leclerc supermarket to stock up with food before driving only a few miles to Lac d’Hourtin, the largest freshwater lake in France. 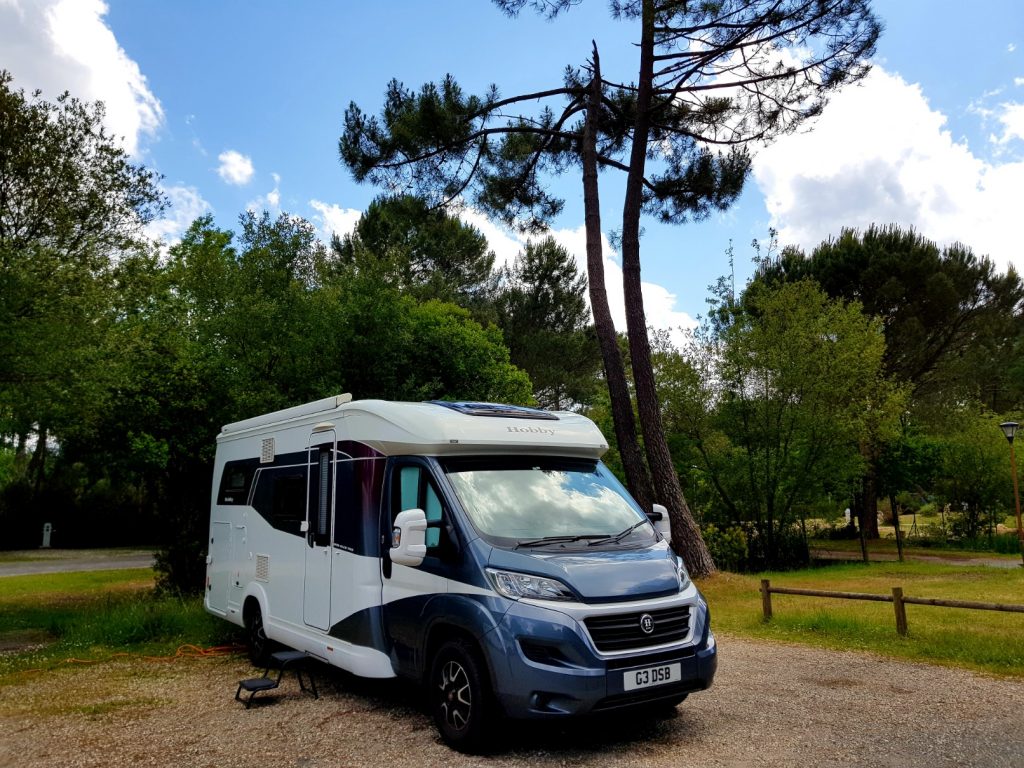 Our motorhome at the very good Hourtin aire.

At Hourtin we stayed in the motorhome aire at the marina, a well set out motorhome parking area amongst trees only 100 metres from the marina and lakeside. At less than €12 a night for a beautiful location it’s well worth the money. 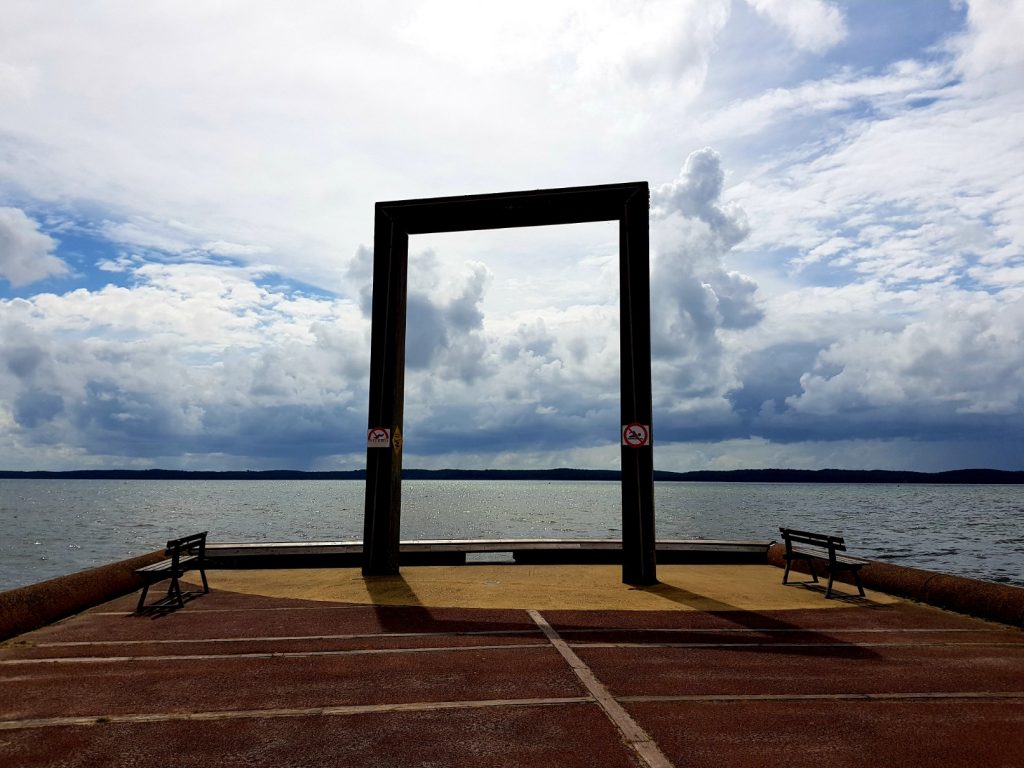 Once the rain stopped we walked around the pretty Hourtin port area and again everything seemed closed which I was surprised at considering it was early June.

After a lazy day in Hourtin we have been planning our next destination. I have put forward to ‘the board’ that we head for Archachon and the Dune du Pilat (the highest sand dune in Europe). The weather forecast for tomorrow is rain and high winds so we will see where we end up. That’s the fun of being in a motorhome – we can easily change our plans! 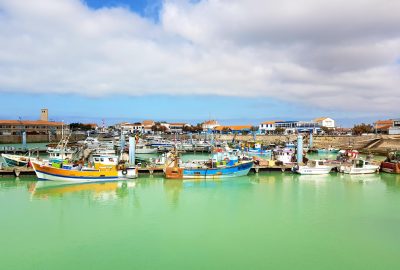 France in our motorhome
Empty roads lead to Île d’Oléron 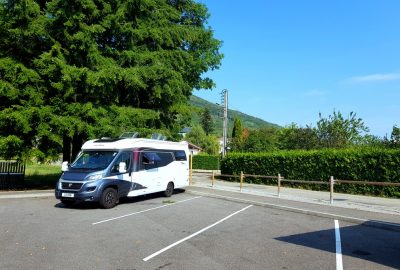