Portugal in a motorhome

A few days ago we were defeated! Our attempt to navigate to an overnight motorhome parking area in the centre of the glorious city of Seville had to be abandoned after our sat nav took us to a narrow cobbled street with a  few shops that looked nothing like a car park. I had carefully put the coordinates of the car park into our sat nav, but probably should have checked the address before confirming. I didn’t!

Now, when faced with such a situation in the past I would pull over to consult maps and books etc and find an alternative route. Seville, however is one of the busiest cities I have ever driven into. Add in hundreds of bad drivers, no parking or pulling in places to consult a map and it becomes almost impossible to get to where you want to be. After driving around the almost gridlocked city centre for an hour we eventually found ourselves on the main road out of Seville and decided that our Seville visit would have to wait for another time.

So, with some disappointment, we headed west along the A49 motorway towards Portugal. With a stop for groceries at Lidl we found ourselves at Isla Cristina, a coastal  town on the Spanish/Portuguese border. By this time the weather had changed and after 3 months of virtually no rain the heaven’s had opened. The first campsite we pulled into was partly underwater so we gave that one a miss and eventually ended up spending 3 nights at Camping Giraldi and endured more torrential rain and thunderstorms. It’s very relaxing in a motorhome when you can hear rain on the roof but when the large hailstones started I was convinced one of our motorhome skylights was going to shatter. The thunder and sheet lightning was amazing to watch although I did wonder what would happen if our motorhome got struck by lightning. Would I end up with a perm (unlikely) or would a lightning strike kill our motorhome electrics? I hoped I wouldn’t find out!

After 3 nights at Isla Cristina and being confined to our motorhome due to the terrible weather caused by Storm Emma we decided we should move on to a drier campsite, as this one had turned into a mud bath. I suggested we move to Camping Tourismo in Lagos, Portugal so we left the muddy campsite at Isla Cristina behind and set off on the next stage of our European motorhome adventure. 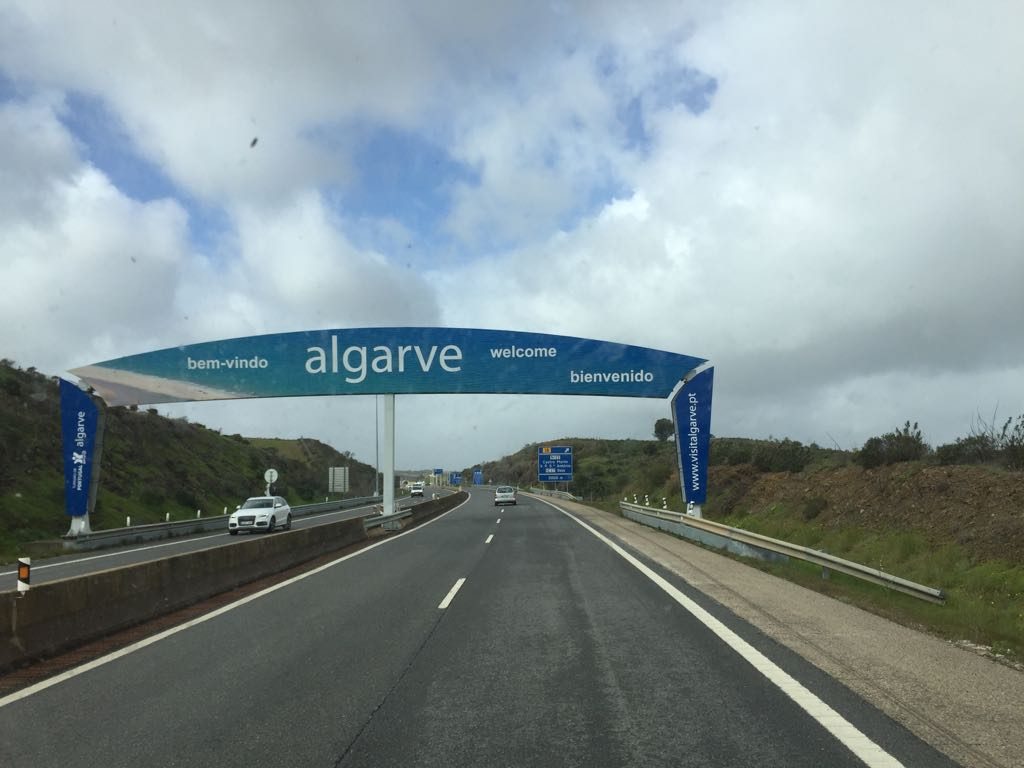 The main motorway that runs from the Spanish border along the Algarve coast is the A22 toll motorway. I had been online to read about motorway tolls in Portugal and it’s very confusing, mainly because there are several types of toll road, several ways to pay and rules that apply to foreign drivers. I like to do as much online as possible so I opted to buy a tollcard from the tollcard website. You can buy tollcards for various amounts but I decided to test the system first by only buying a €10 tollcard. I had calculated, from the website, that it would cost about €9 to drive from the Spanish border to Lagos on the motorway toll road but failed to realise that our motorhome would be a class 2 vehicle rather than a class 1 because of its size. To buy a tollcard for Portugal I had to create an online account with our registration number and I also clicked the button for class 1 rather than class 2. I couldn’t find a way to change it so I decided to see what happens! As you drive along toll roads in Portugal most use number plate technology from overhead cameras. Just before a camera there is a big sign that tells you how much you will be charged. I had a big smile on my face when I noticed that a class 2 vehicle was about 50% more than class 1. I just hope that the cameras don’t measure the size of vehicles!

The Portugal tolls website said that the toll card needed to be activated but I could not work out how to do that. Eventually I called the Portugal tollcard helpline and spoke to someone who told me, in very good English, that toll cards bought online are activated automatically. Why didn’t the website say that! 48 hours after using the Portugal motorway tolls they still haven’t appeared on my account so I don’t know what’s happened!

Camping Tourismo, Lagos is a very good campsite. It’s got the best shower block I have seen, a huge swimming pool, supermarket, bar/restaurant and a spa. I had to complain though because we didn’t like the pitch they gave us but the reception changed it without a problem. 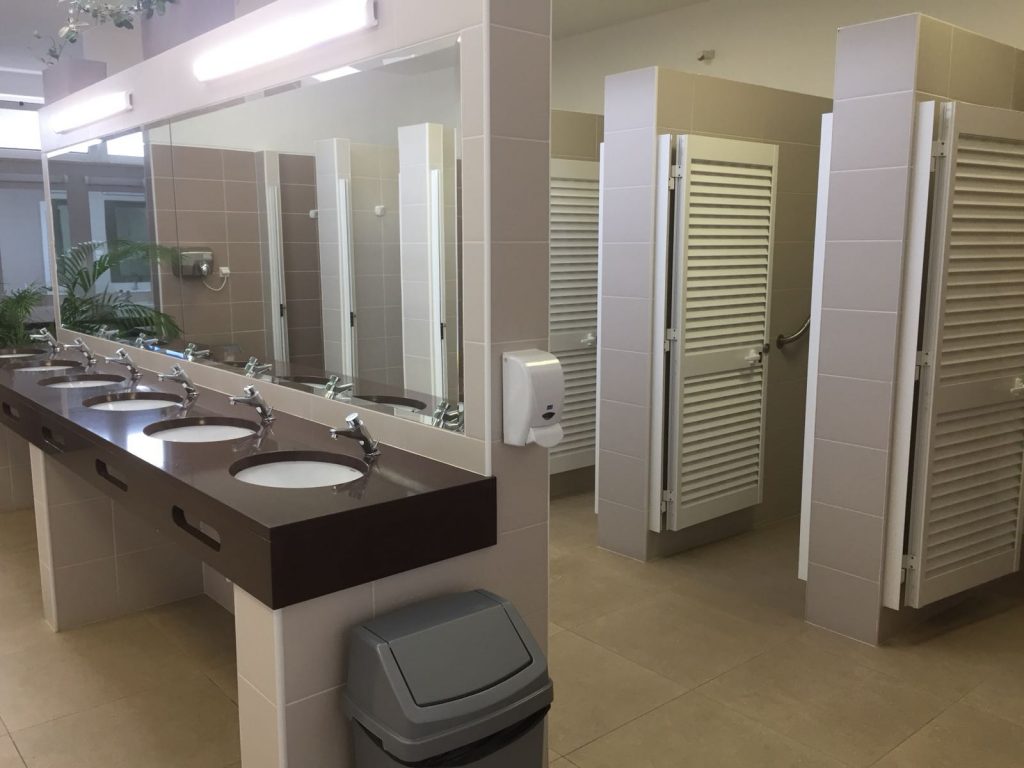 We are staying near to Praia de Luz and walked into the town today. There is a small beach and a few shops and restaurants but it was not looking at its best because it was grey with gale force winds. It was warm enough for shorts though and there were a few people braving the rough sea and paddling! 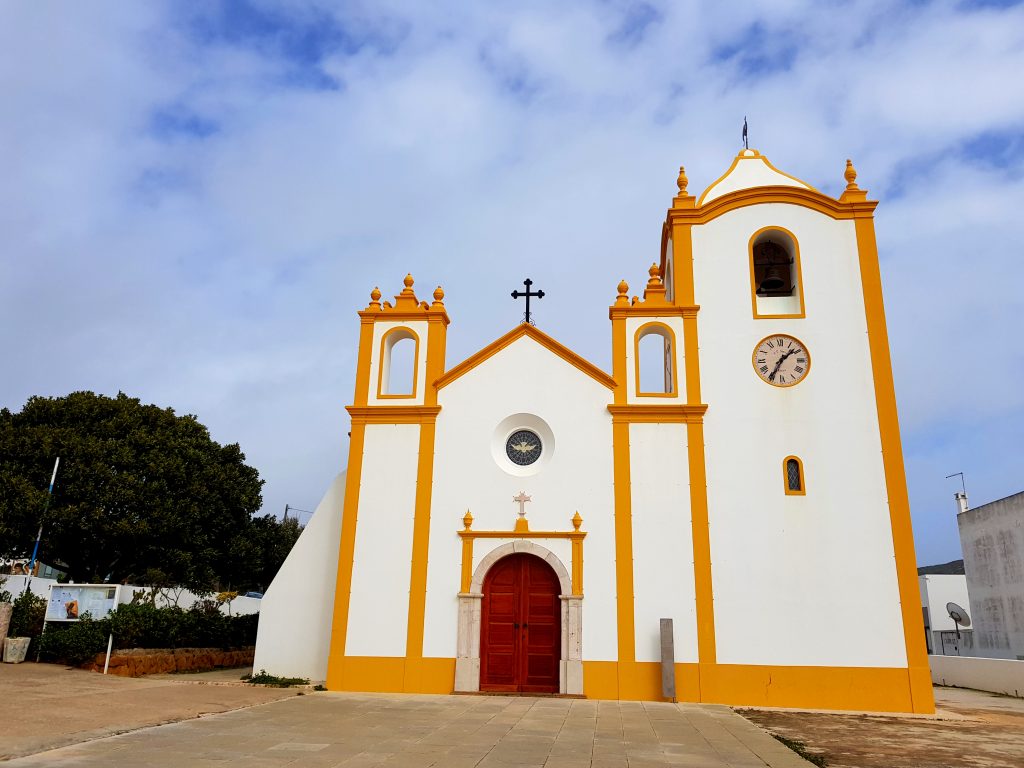 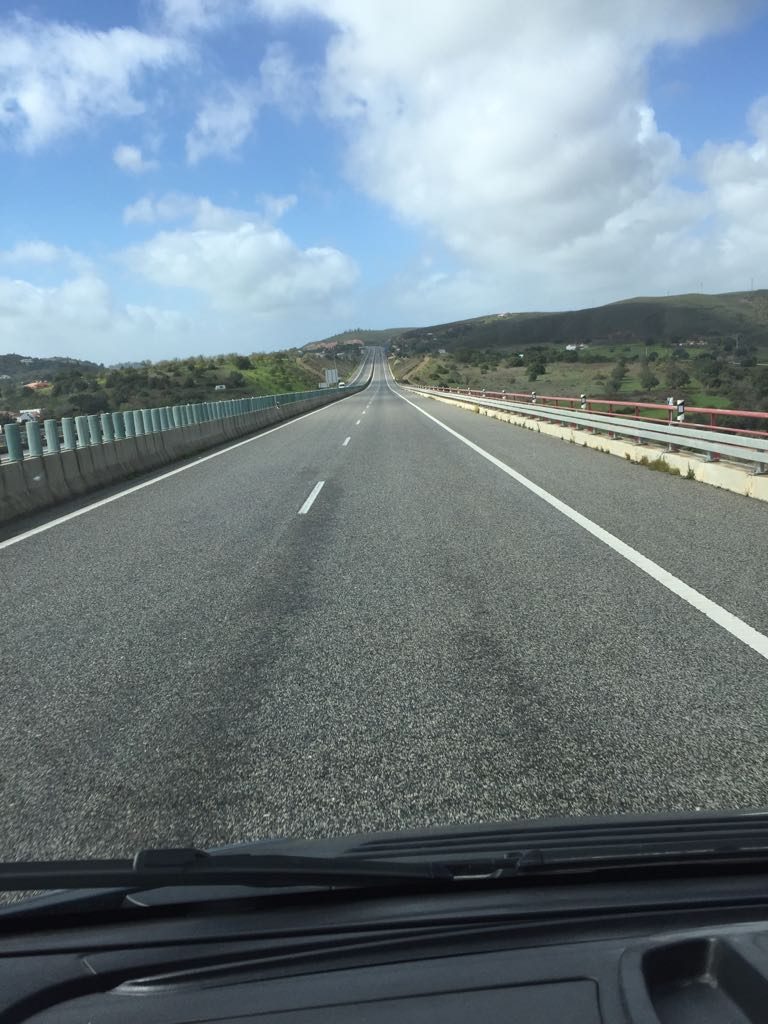 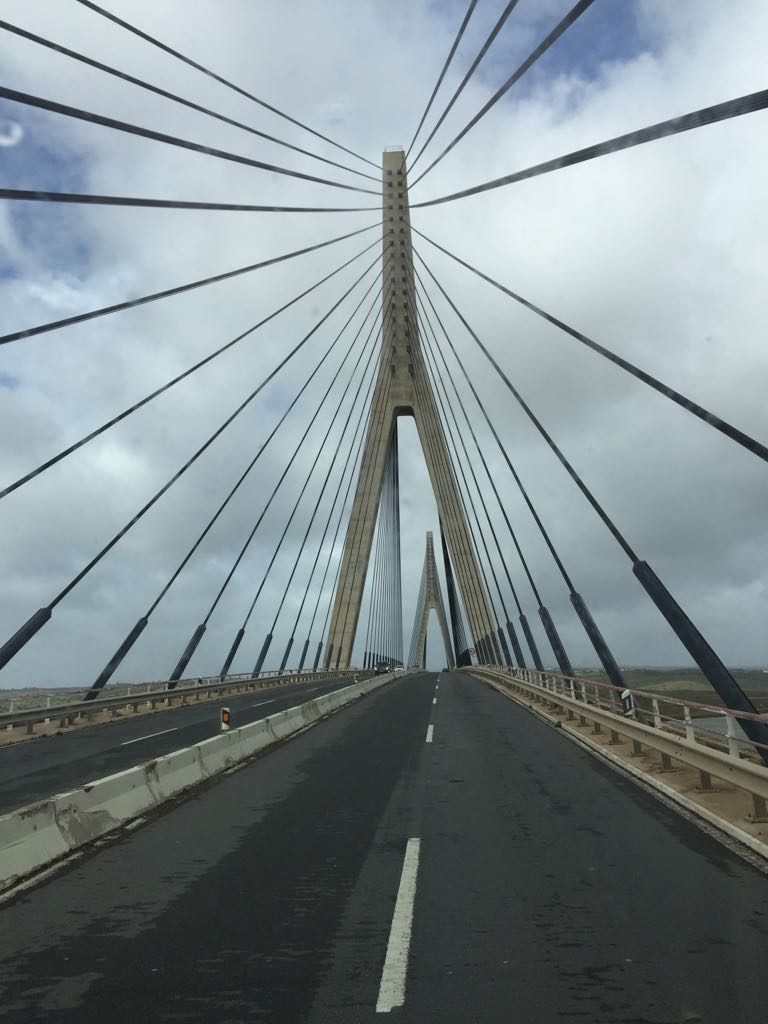 The motorway bridge into Portugal.

Camping Tourismo Lagos Europe in a motorhome Portugal motorway tolls Seville motorhome
By davidbrice
No Comment
You may also like
Portugal in a motorhome
The cliffs at the end of the world – Sagres, Portugal