Visiting Gibraltar with a motorhome

I did eventually persuade Anne that we should go and guess what, she loved it, especially when she realised that her great uncle had been Colonial Secretary on Gibraltar in the early 1960’s and that she could do some family history research.

Driving towards the Gibraltar/Spain border we did the obligatory twice around a roundabout trick before finding our parking place at La Linea on the marina. This is a fabulous overnight parking place for motorhomes and costs 12 Euros per night. There are no electric hookups but we have solar power anyway so that was not a problem. 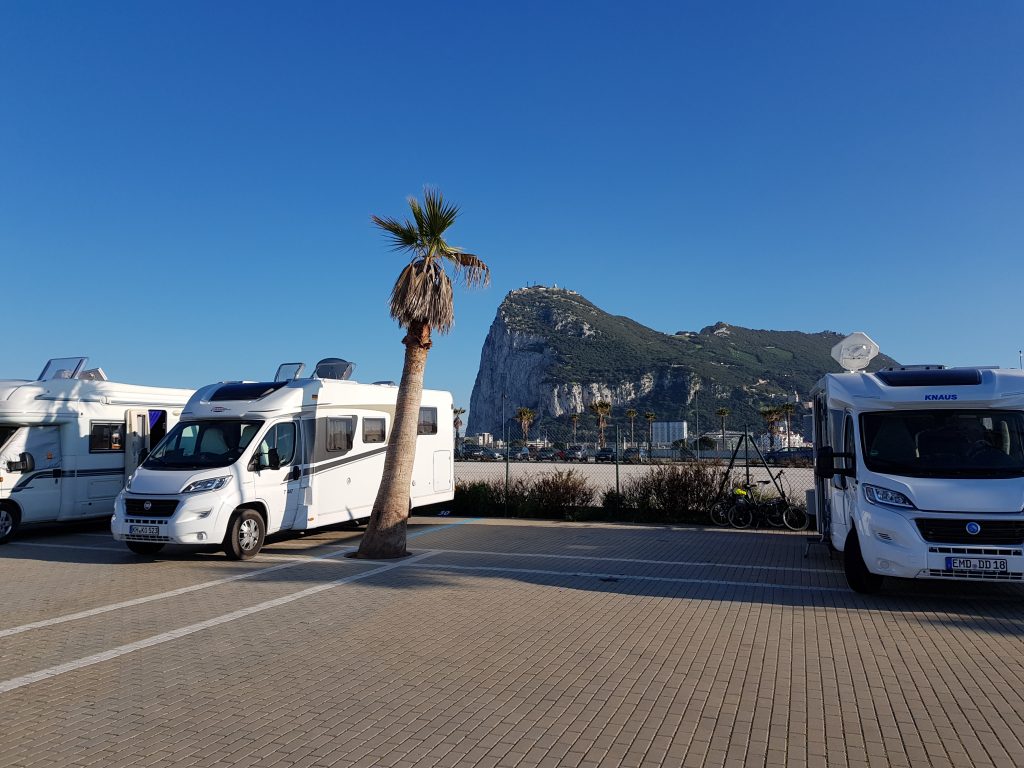 La Linea motorhome parking with great views of The Rock of Gibraltar.

It’s only a 10 minute walk from the motorhome parking area to the Gibraltar border. You need your passports because you are passing over the Spanish border into British territory although I nearly could not get in because the automatic passport machine I picked would not work for me for some reason. Once through the border you actually have to walk across Gibraltar airport runway, which is an exciting experience.

Walking across the runway at Gibraltar airport.

So, with a map of Gibraltar in hand we set off walking and explored the Ocean Village marina area and found ourselves in the car park of Morrison’s car park. This was a chance to stock up on a few of our favourite English food’s so we picked up some English bacon and British milk and a few other bits and the bill came to £63! As a Yorkshireman I have never spent so much money in a Morrison’s supermarket in my life and it took quite a while to recover from the shock. After several months shopping in Spanish supermarkets it was strange to suddenly find ourselves looking at British packaging again.

Next we headed over to Main Street. Walking along Main Street in Gibraltar was like walking through a real life museum with smaller versions of British shops such as Debenhams, Next and of course Marks and Spencer where I took the opportunity to re-stock my underwear and t-shirts collection!

At the far end of Main Street we found the cable car station to the Rock and duly bought tickets at £14.90 per person. Whilst queing for the cable car, however, we were told that the cable car had stopped running due to high winds and we could get a refund. Not wanting to walk up we jumped in a taxi and were taken on a terrifying drive up very narrow mountain roads with hair pin bends at high speed. 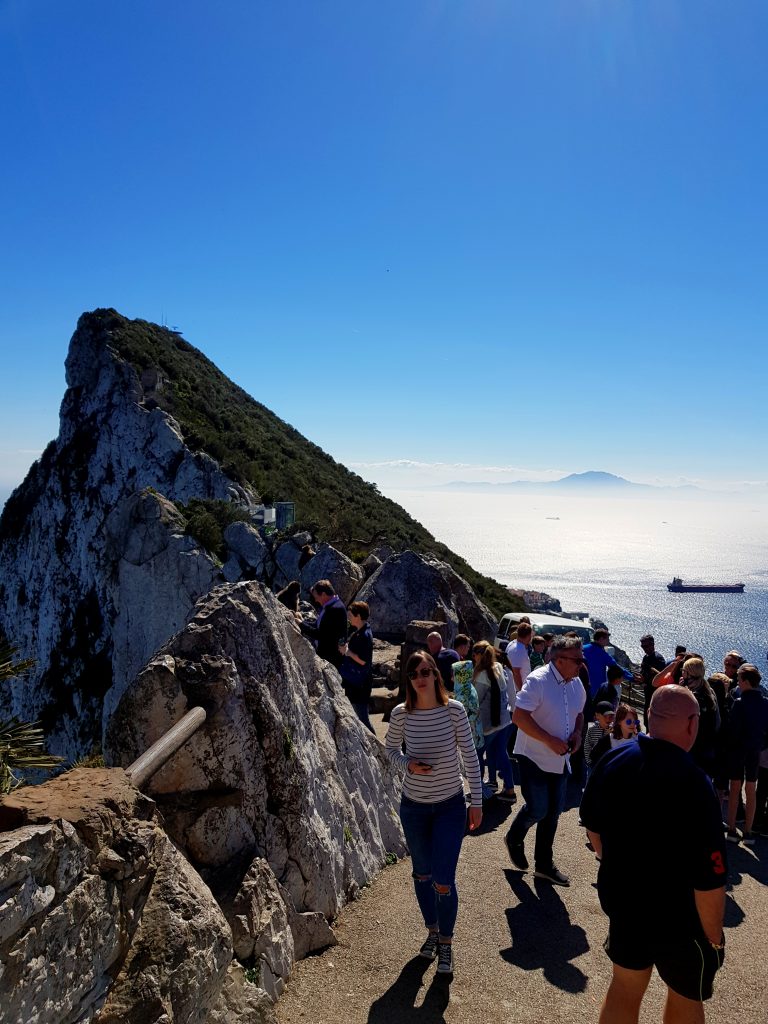 The Rock of Gibraltar with Morocco in the distance.

The view from the upper Rock is spectacular and we could easily see Morocco 14 miles away across the Straits of Gibraltar. The Rock, of course, is home to troops of wild monkeys and we were told not to feed them as they can be vicious.

After surviving the drive down the mountain we happened to be walking past the Gibraltar government building and we decided to try to see if we could find any information about Anne’s great uncle who was Colonial Secretary on Gibraltar in the early 1960’s. After getting through security checks we spoke to someone in the archives department who has promised to do some research and  email us information about him.

Next we are heading for Tarifa, the kite surfing area, and then onto Cadiz. 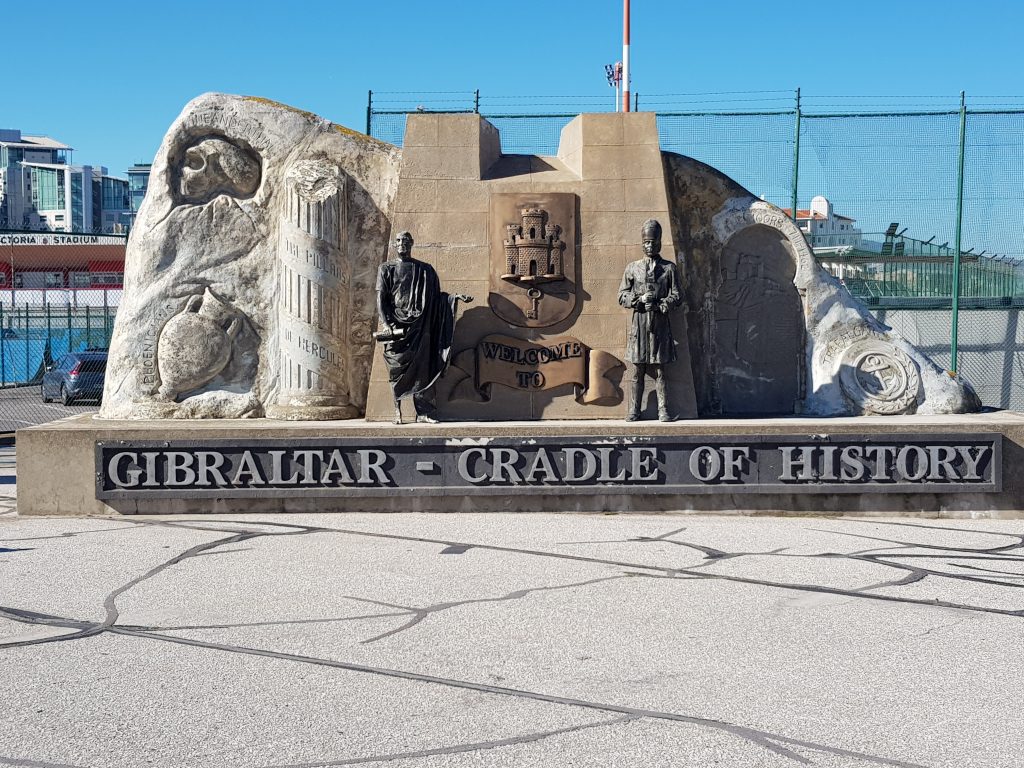 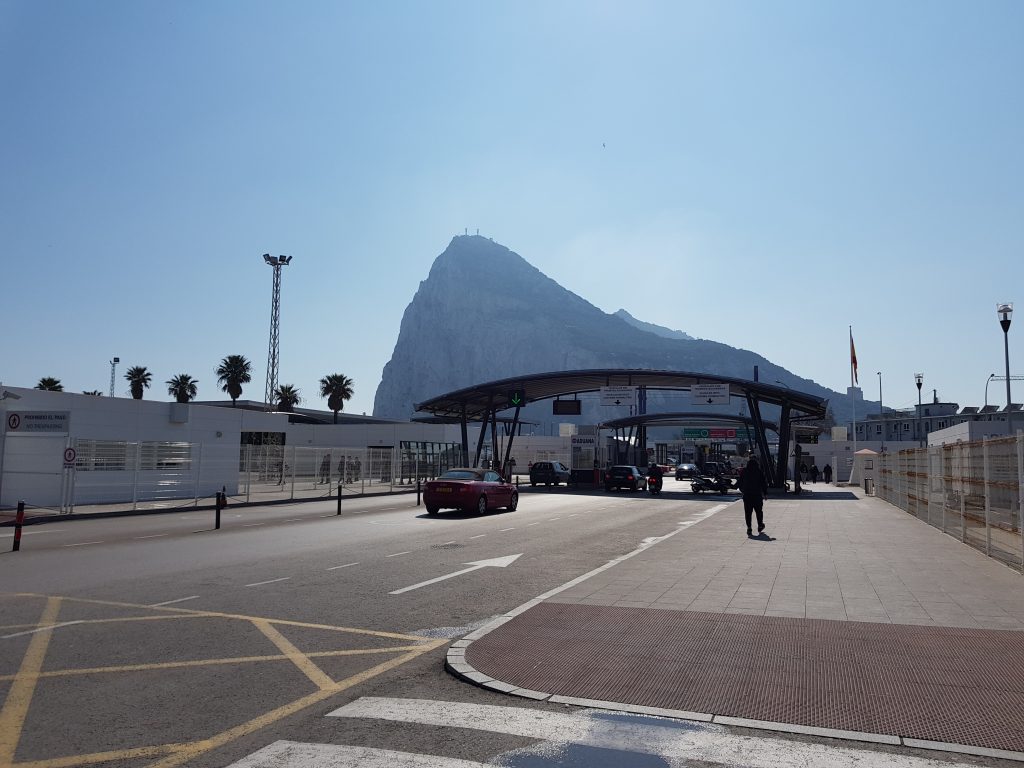 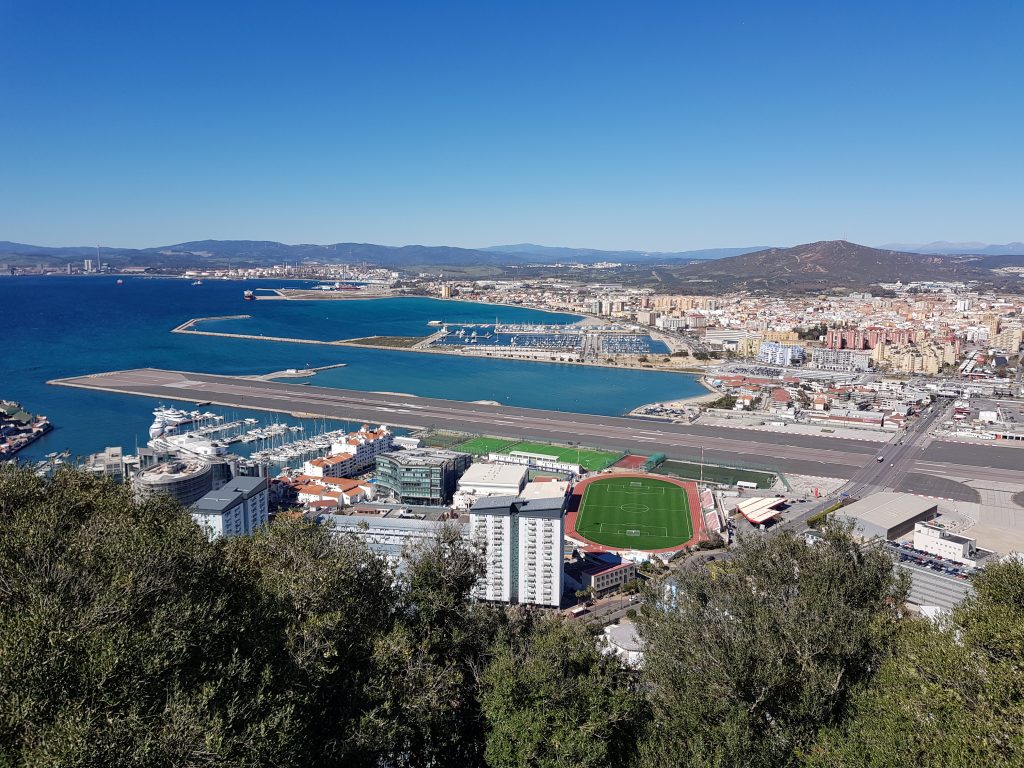 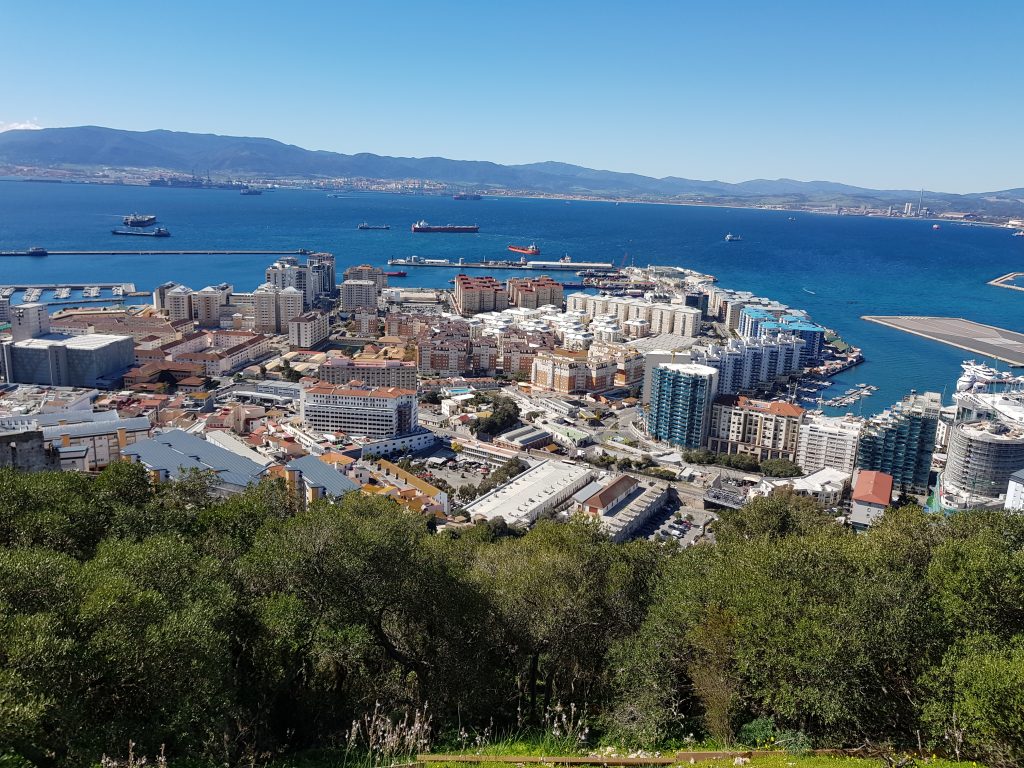 View of Gibraltar from The Rock.